Get all actors in class empty

Basically what the title says.
I have a few objects of the type scattered throughout the level but it always returns empty when i try to use it. 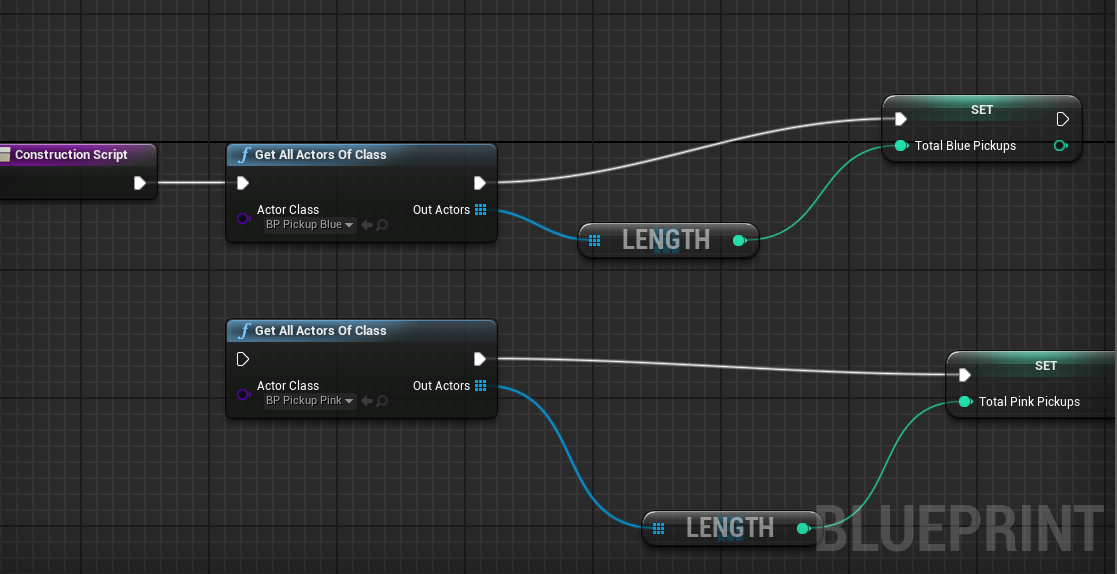 I have been following the tutorial from digitat tutors step by step and i cannot understand the problem.

Can you link this tutorial that you’re following? One thing that may change it is that Construction Script is something that is run when the object is placed in the viewport or translated in some way in the viewport. Construction Script is not something that is ever run while the game being played. Event OnBeginPlay is run as soon as you hit the ‘Play’ button and is part of the game instance. I can’t explain why it isn’t working in your case without more contextual information however.

This is the tutorial i am following. It’s payed so you probably will not be able to access it. .

Sorry for the late marking but I remember i marked the question as answered already. Yes it was because of the construction script. I moved it and it works.Thanks!

I’m doing this tutorial as well and ran into the same problem. I had a feeling moving it to ‘event begin play’ might solve it.