Hey there, all! As an aspiring level designer with not enough free time who is trying to develop my own game, I stumbled upon a little site called www.gametextures.com - the content is royalty free and it’s subscription based.

I’m a busy man - I have my brother modeling the static meshes, I’m authoring the novel this game will be based upon, and I’m working 80+ hours a week currently. Would using (and crediting) the work of other texture artists from here be a copout?

I know I want to build a true team eventually when I’m at the right place with this, anyway, but **** - I’m liking the styles and I can even get the artists there to take my photography and make more pro textures out of it! Kinda like them being on a team of mine, but still - subscription price notwithstanding (freelancer is my route, btw), thoughts?

No, there’s no problem using textures from there, plenty of people use sites like cgtextures.com
And you don’t have to credit them.

GameTextures.com have quality textures no doubt here, but I personally do not like their commercial license, basically even if you pay for you still have to give them credits.

cgtextures.com have a nice commercial license, you should check them also.

I’ll gladly credit gametextures.com - there’s a bunch of specific gems I wanna use right off the bat. Credit makes it look more legit, which it will be.

Once I have an area made, my next step will be to look for a character modeler. 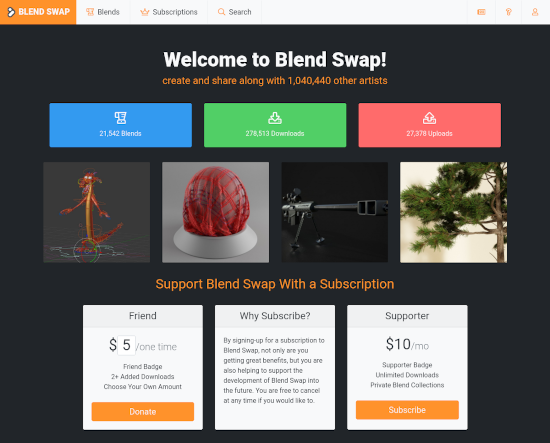 These are good, But I CANT wait for SpeedTree!!! Anyone got a ETA for that??

in my point of view gametextures.com is just waaaaaaay too expensive.

$30 / mo is nothing for me - especially since, like with Uengine4, u can pause and unpause the subscription if need be.

The real issue for me tho is how much of the game will be ‘mine’ vs, "oh well it takes a team of ppl to make a game anyway, so no worries.’ but what can I say - I’m a drag-and-droppanist atvheart…

does the UE4 offer any kind of editor with templates to create textures by yourself? what software are those people using- which are selling textures on these sites?

Of course there’s nothing wrong with utilizing textures from the folks over at GameTextures. They’re rather widely used by a great many. It’ll speed up your workflow, at the least.

If you’re on the fence, it might be worth simply signing up for the free-trial. In fact, if you contact them directly (they’re a nice bunch, by the way!), they’ll hook you up with a complete month for free.

I use them when it comes to prototyping and the like. I replace them all, eventually. But, for the price I paid for their entire library, it’s fantastic. Plus, they’re adding a fair amount of physically based textures now, as well.

does the UE4 offer any kind of editor with templates to create textures by yourself? what software are those people using- which are selling textures on these sites?

Photoshop is the preferred choice of the industry. There’s cheaper and free alternatives, but it’s probably worth looking at the subscription-based version of Photoshop, instead.

For texture authoring, I personally like a mix between Maya (for building high res plates/wall sections/etc for normal map extraction), a 6D and Photoshop, and Substance Designer. Substance is great for making subtle changes to your textures, especially when they’re authored for a specific mesh. Photoshop is just great for stitching images together and painting your own details.

do they start with a good cam on a real floor, or is everything build from scratch?

Do these come with normal maps?

Do these come with normal maps?

They come with normal maps and a host of others. A fair amount are now physically-based and setup to work with UE4 out-of-the-box.

do they start with a good cam on a real floor, or is everything build from scratch?

I believe the majority of the textures on the site are created by hand. Don’t quote me on that, though!

It has a ‘mostly realistic with a tinge of cartoony’ style I dig. Anyways, I have my two texture requests thought up already which I will submit to them shortly before my trial period ends.

Remember that one can download a texture and easily alter hue, saturation, color balance etc to get more bang for your buck…!

I know its a nooby question, but I’ve just started my fun with UE. I’ve went through all the official tutorials, practiced a bit and want to try my own thing.
On CGTextures.com you can download only a picture, If I want to use it as a material I need a Normal Map.
Is there a way to do it without a map?
Or am I thinking totally wrong ? :>
Thanks for the answer ! ^^

You do not NEED a Normal map to make a material. Depending on what you’re trying to achieve it would be recommend possibly to have one.

The Normal map is used to give the appearance of depth and extra detail that aren’t present in the low-poly model.

There are plenty of ways of generating a Normal map from a texture such as the Nvidia Filter for Normal map creation for Photoshop, CrazyBump, xNormal, and so on.

just a question. Or two.

-there is mostly times or always a Gloss map, should I use this for the metalic slot or for the roughness (by roughness with oneMinus to invert)? or both?
-for what is this “_alb” map? For the base color I use the diffuse map, what use have this _alb map?

just a question. Or two.

-there is mostly times or always a Gloss map, should I use this for the metalic slot or for the roughness (by roughness with oneMinus to invert)? or both?
-for what is this “_alb” map? For the base color I use the diffuse map, what use have this _alb map?

You can use as many of them as you desire.

The Alb(eido) map can be used instead of your diffuse, it’s almost the same thing, it just doesn’t include fake shadows and highlights as those should be generated with the help of the light in the game together with the material/shader instead.

Masks are used to mask out various parts of a shader and it’s up to you if you need them, you probably don’t.

Gloss is plugged into the roughness and controls how micro-surface affects your light, causing a rough or shiny finish.

And like fighter5347 mentioned, height is usually used for tessellation.

The two normals are just a regular version and one that have it’s green (Y) channel flipped since it’s required by some engines and softwares.

I’m not sure about the _alb map.

I did find this tutorial on their site that will walk you through creating a material and how to use their materials for the best results. In this tutorial they provide the asset along with a video to setup the material in UE4.

Wow that was quick! Thanks!

About the alb or diffuse map for the base color slot, I think it need to be tested by every texture what looks better.
Now I have to make 150 Materials