Goal of this framework is to focus on creating actual content, avoid writing scripts that everybody writes while starting work with UE4.
I think that many different games could use the same script base and… I decided to share current progress 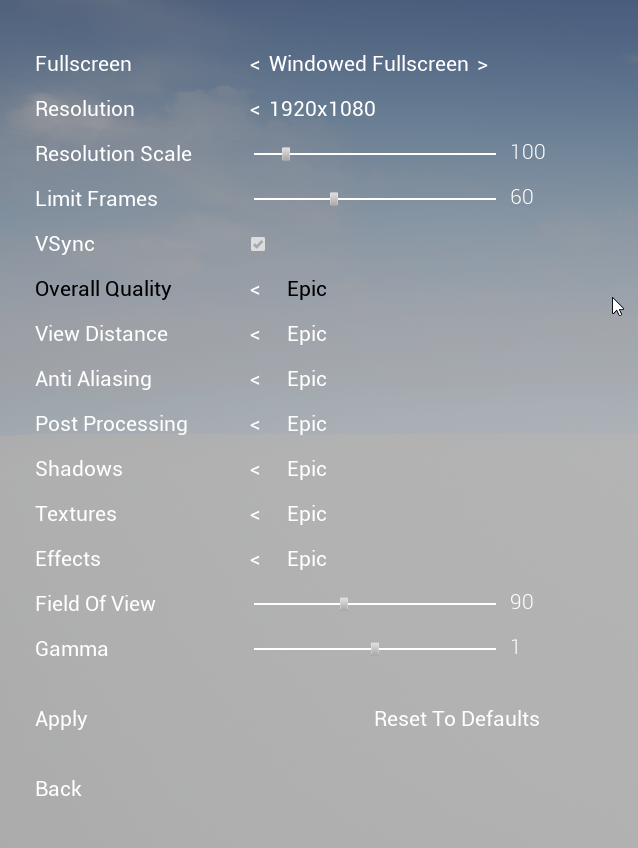 It’s free to use, even commercially.

Take a look!
This is entire script for Pause Menu, as simple as it always should be. 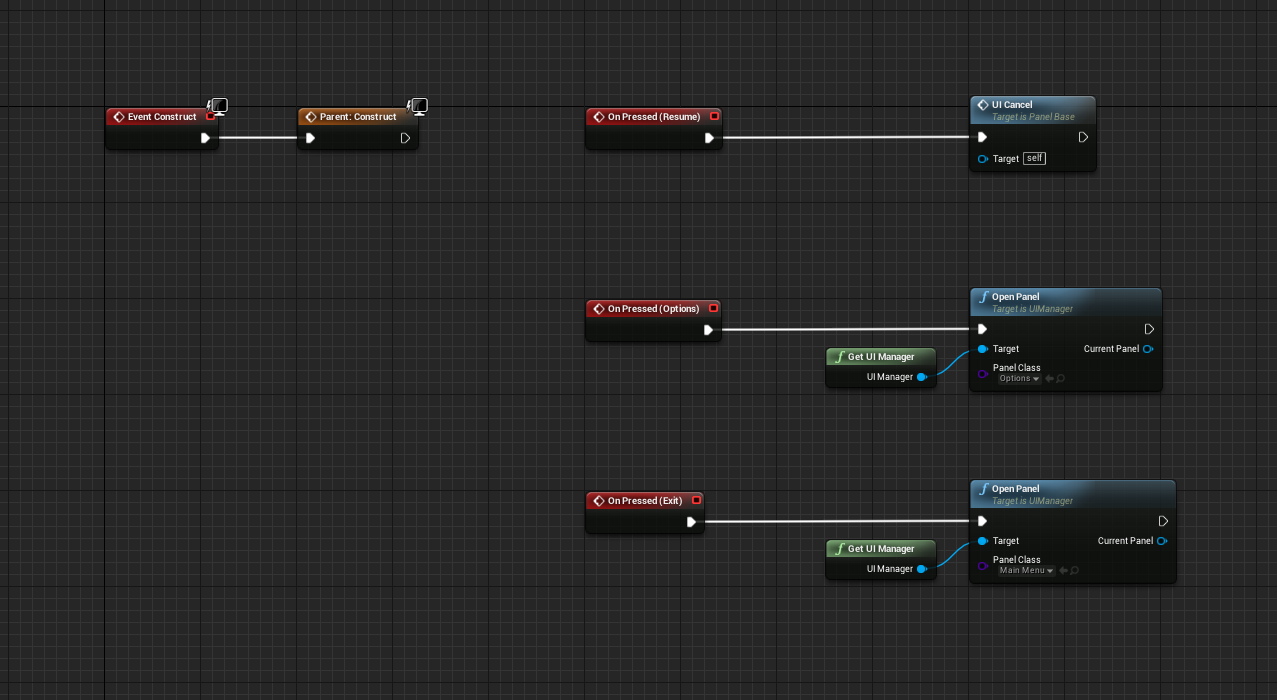 You don’t need to produce spaghetti blueprint for every UI element. Prepare it quickly by setting params. 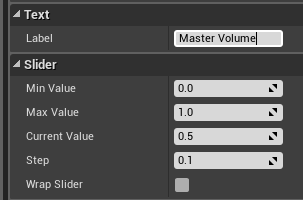 I’ll continue to work on it, make it as universal as UI script can be. Although keep it mind that won’t ever “completed” or “finished”. It’s just impossible if we’re talking about user interfaces.

You can use all this work free of charge.
If you decided to use it in your project, please consider a PayPal donation

If you’d like to get some features soon than other features… donation would encourage me do it quicker. If nobody will donate, I’ll just implement features that I need the most

Pictures of example UI’s would be awesome!

This sounds pretty sweet! I’d also like some screenshots!

You can see there setting standard video options, volume of sound classes. I’ll add much more options over time.

Used keyboard to navigate through menus, but it works the same with gamepad.

This looks great, thanks for sharing!

Very nice, thank you for sharing

Commited small change which could help a little with working on game in editor.

UI Manager can automatically open one of UI panels while game is starting. Check events after BeginPlay in the event graph.
All these variables are config variables, so every developer can set different panel for his convenience.

Do the current settings all work right out the gate?

Do the current settings all work right out the gate?

I’m sorry, I don’t understand this question. Could you precise?

Yes they do, I have used it an it works great. gamepad and keyboard support and the video settings are done nicely. Has a little learning curve, but thats fine.

Just updated project to 4.13 and compiled code plugin against this version. Also removed many redundant functions from code plugin, some of them replaced by engine functions introduced UE 4.11-4.13.

I’m getting an error trying to launch the ue project:
it asks me to rebuid UE4Editor-Lucy.dll on 4.13

But I get “Lucy could not be compiled. Try rebuilding from source manually.”

To be sure: are we’re talking about your own project or just trying launch my project from GitHub?
And are you using vanilla engine or custom one?
So far I only used plug-in in projects using vanilla UE4 and blueprint projects. Maybe ot works differently with customized engine or code projects?

If error occurs in your project, please check what you have in your .uproject file.
Good version is

But if you have also module added there, engine could try to recompile plug-in

thx for this cool piece of work !!

i have the same problem as Lynkk.

I only downloaded your files and unzipped them to the desktop.
by starting your Lucy.uproject i get the same error message

The following modulese are missing or built with a different version
UE4Editor-Lucy.dll
Would you like to rebuild them now"

If i choose to, i get the error message

“Lucy could not be compiled. Try rebuilding from source manually.”

As i dont have any experience with this, i am not sure what to do, or if i can do it at all

I am using the normal UE4.13 Version installed by the Epic Launcher. No Modifications.

hope you can help with this, cause i really wanna try this UI for my game project !!

Simply remove Modules section from .uproject and it gonna work

Or redownload zip from github and launch project - just removed this section from Lucy.uproject and saved my “dev” version as another .uproject file.

thx very much for helping with it !!
now i can get it to work and it looks really cool.

i cant get the “apply” and the “reset to defaults” buttons working.
they just seem to be inactive. they dont get black when hovering with the mouse …
i tried it running inside the editor and running seperate in a new window, both times i cant apply or reset the settings on the game.
( i havent changed anything yet

, its just the newly downloaded version from githhub.

framerate:
when i start the option menu framerate is set to 0
when i manually callibrate the settings with mouse i can only get to a framerate down to 30
i am creating a point & click adventure and 20 frames is enough for my purpose.
How can i change the minimum framerate ?

is there a way to have a preview of the gamma while changing the slider ?

thx again for your cool work ! hope to get it working soon

any news on the two problems ?
i would really love to get it working in my prototype !

Sorry, I spent few days in Budapest and wasn’t lucky enough to get fast WiFi

There’s no functionality for gamma slider. I don’t need it personally yet, if it’s important for somebody, please use PayPal tip and I’ll make it ASAP