When working with particles, I often find myself wishing I could align the rotation of the particles to their velocity while at the same time keeping them facing the camera. (This effect is demonstrated in the picture below under “Rotational Velocity Alignment”)

I’ve used this a lot in our own proprietary engine at work, and it can be utilized in a number of ways to give more volume and versatility to our particles. Would it be possible to add this feature to Cascade or the upcoming Niagara? 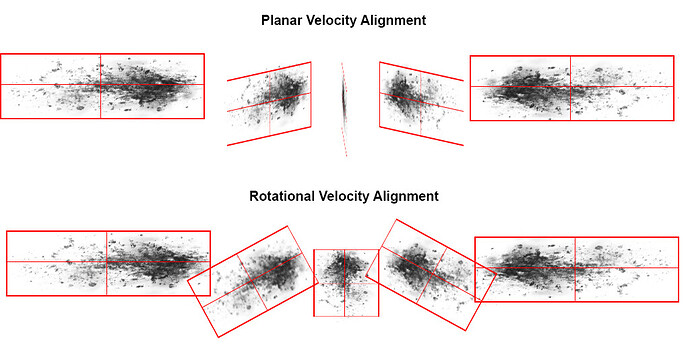 If I understand you corectly it’s what Screen Aligment = “PSA Velocity” dose under requaierd in emiter settings (at lest in cascade) its described like that. 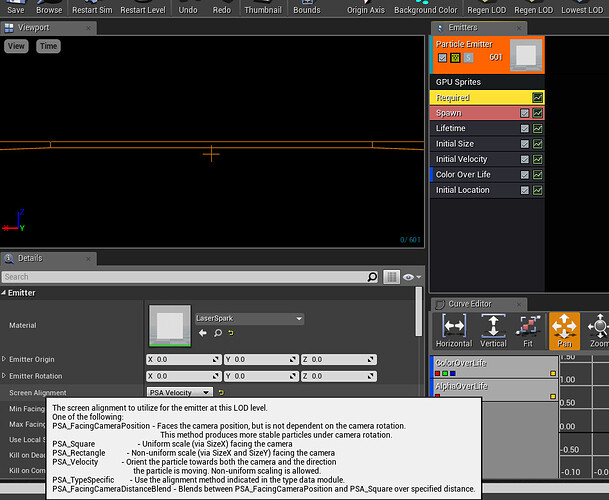 Not quite. PSA_Velocity will align your particles in the velocity direction (Seen above in the image under “Planar Velocity Alignment”) while ignoring the camera. While this is useful for a number of things, it has the drawback that particles can vanish from the view depending on their velocity. For example; if the middle particle in the image under Planar Velocity Alignment were to head straight for the player camera, it would be nigh-invisible as it would be almost perfectly flat as it headed toward you.

What I’d like to be able to do is to be able use the velocity to set the rotation of particles while keeping them camera facing. This would be the picture shown under Rotational Velocity Alignment: The particles would get their rotation from velocity but always face the player camera regardless of what velocity they had.

I use custom facing vector mask 1 1 1