Can you let me know where you created the model was it in Maya, Max, Blender, DAZ Studio, Modo, Houdini, Cinema 4D? 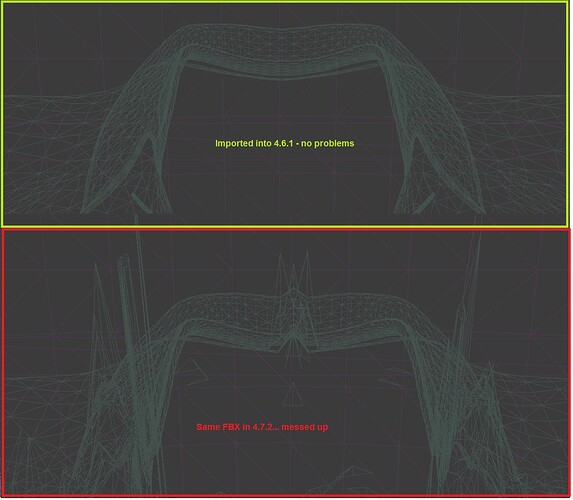 It does appear that something has happened to FBX’s generated specifically from DAZ Studio. I was able to confirm
that and simply passing the fbx asset through Maya 2014 (opening it in the program then reexporting it as a different FBX) allowed the fbx to be imported into the Engine without errors.

I have opened an investigation into this issue, for reference UE-12017, and will keep you informed as we work toward a solution.

For those with the same problem and without Maya: just import into 4.6 and use “migrate asset” to the content folder of your 4.7 project.