You play as a survivor of the end of the world, controlling a faction of people you choose how you live in the new world and what the rules are. Build up your economy and upgrade your base to draw in more survivors to your community, but beware the stronger you get the more likely other factions will start looking at you. The choices you make of who you decide to be in this new world determine how the world and its people will treat you. 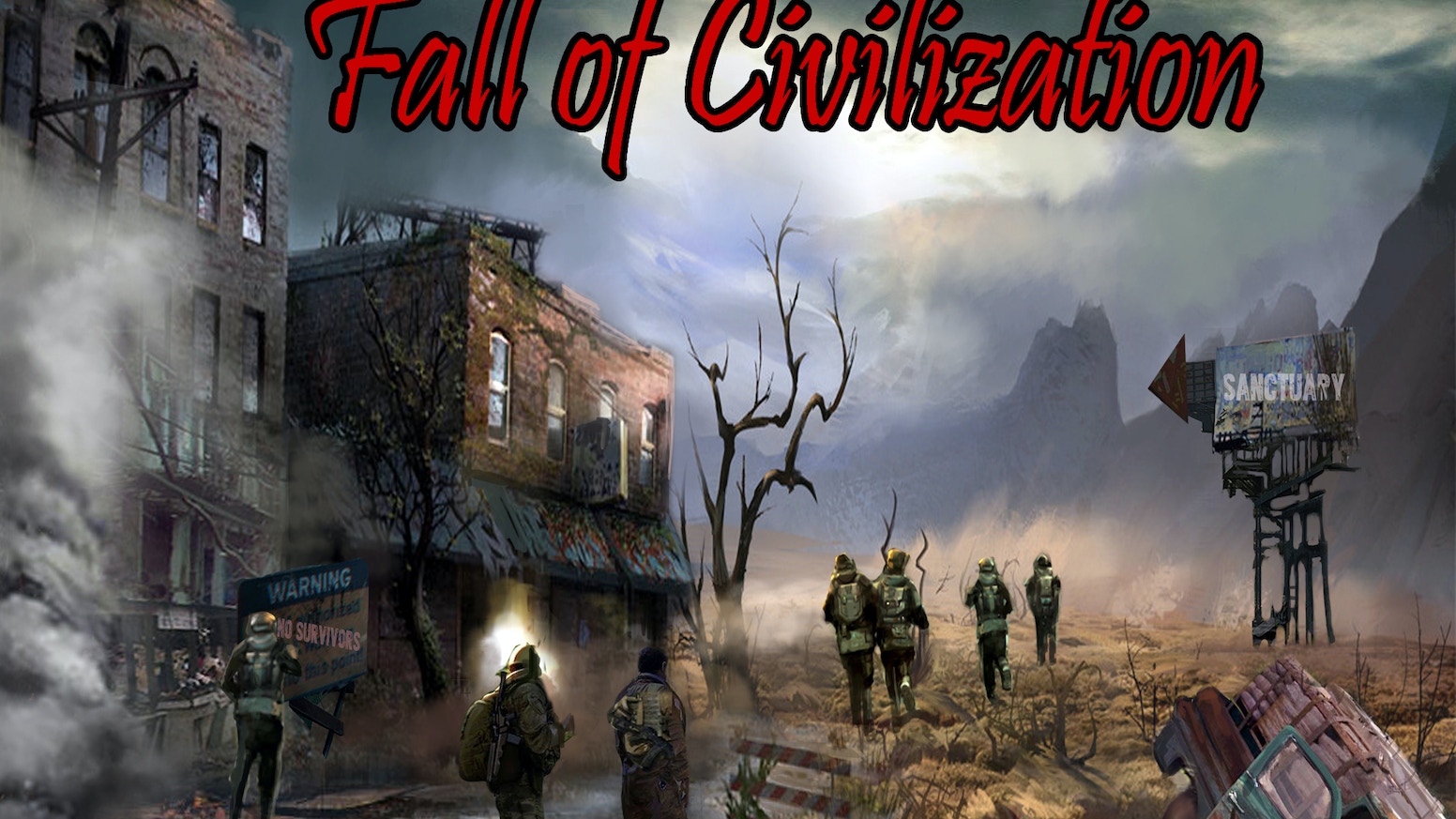 *Few sample images, many more on the page!

Give me pictures here!
And please more than some short spiel and a link, you have given me no reason to click it.

Now lets get on to the fun stuff.
Please note as the game progresses more features may be added or changed, even depending how well the funding goes, but these are the main features of the game as it stands.

Economy System- You will have to work hard and search the map for your resources, each one is essential in this new life and can help you in a multitude of ways.
Provisions will keep your survivors alive and happy, as well as letting them travel the map in search of more resources or survivors.
Building supplies will repair and maintain your equipment, while also being used to upgrade and fortify your base.
Ammo is used sparingly to defend against potential attackers or used in an offensive war with another faction.
Intelligent AI - Factions will have their own agendas and motivations. Depending ofcourse how you treat the world around you, featuring the morality system, some factions may like you more than others or vice versa hate you more than others. That can lead to anything from friendly trades to all-out war.
They are just trying to survive like you, completing missions and looking for supplies, although some might look for supplies by raiding other factions.
Base Development - It wouldn’t be a strategy game without the ability to build yourself up to be the best faction in the wasteland you can be. Maintaining and upgrading your base will be an important task to make sure you stay at the top. There are many varieties of rooms you can create in your base that will allow different abilities or bonuses. E.G. A room to grow crops will help with your output food supplies.
Perk System- I’ve mentioned a lot to you that survivors will play a big part in the game and are as valuable a resource as even food, but I haven’t yet explained why. When you gain a new survivor or a current one levels up, you get the ability to level them up on their respective perk tree. This is essentially what their role is in your society, whether its teacher, farmer, repairman, scavenger or more!
Randomized Missions – As a gamer myself, I know that games with a very linear style can get boring quickly. That’s why I’m implementing a randomized mission system so no play through you have will be the same. Missions can pop up at any time and any place over the map so keep an eye out and be ready to send out some survivors to complete them if you deem it’s worth the risk.
Scavenging Tiles- Missions won’t be the only thing out there on the map to do. If your resources get dangerously low, you can send out a group of survivors into the wasteland to try and scavenge. This can be done by finding a suitable “scavenge” tile and sending your survivors to it, immobilizing them for a number of rounds but if they are successful you could be well rewarded in resources.
Now that the fun stuff has been laid out lets get down to business.
There are a number of rewards in place so you have plenty of options and don’t feel confined. Any donation is highly appreciated and will help me along the way.

My budget goal for this project is £1000, which will allow me to hire artist/s for one survivor character model and one faction base model. If I earn more than that I do have extra plans for the money as followed:

Are there any in game prototype images you can share?

I think Shivmoo is saying he isn’t interested because you haven’t provided any visual representations of the current build for your prototype.

To gain interest more quickly it would benefit you a lot if you posted some working prototype images of where your game currently stands.

Quick list of questions:
Are you going to school or working another job during the development of this game?
Is this game first person or third person, is this even a 3d game?
Is this game multi-player?
How big is your development team?
Is this really an open world thats post-apocalyptic with dynamic quests, crafting and farming, upgrading, complex AI capable of forming social groups capable of doing quests, trade and war?

Games aren’t usually boring due to linearity but because of the formula for the tasks ( ‘kill x monsters’ or ‘collect Y items’). This usually means no matter what order you do the quests, the content is similar. Making a ‘random quest generator’ is almost certainly going to follow this mundane quest formula.

I’ve tried several times but unable to post images on here, for images themselves please go the kickstarter (Fall of Civilization by Luke Dodds — Kickstarter) or the facebook page (Redirecting...)

1: I am going to be doing my final year of university during developement, but this is my big project for that year so it will be my focus.
2: Isometric 3D strategy game
3: It will not be multiplayer
4: Development team is me working full time and a game designer helping part time
5: I have never said its open world, it will be a set sized map like you would expect in any other strategy game.
Dynamic quests are a yes, crafting and farming are actions for your survivors to complete for upgrading themselves/the base/ helping economy, and yes all AI aspects.

New concept art has been added aswell as the main page being changed, more art and prototype images will be added to both sites during the whole campaign.
This is not a waste of your money

Early Concepts for a new faction!
Bathed in blood and brought up in war, these survivors don’t take the kind approach to strangers.
Step really gently around these guys or they could try and take everything you have.

Great art, the last one reminds me of this guy from Penny Dreadful (tv): 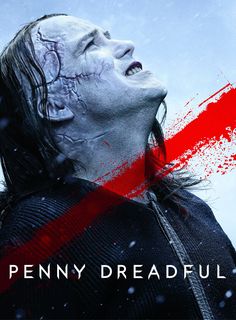 Thank you!
and yeah i didnt realise that before but now i totally see it

Just a reminder, please have a look and support the campaign!

I don’t want you to take this the wrong way, as I hope to help you out here.

But your KickStarter is relatively weak. Even with a low-price and a stated school project,you’re not offering much in terms of why people should donate. Although you have a handful of donations already that has gotten you a nice chunk of change, overall you’re not showing you can do any of the work, so your credentials are missing, and you only have a few sketches roughed out. Your KickStarter video is your entire pitch, and a make or break to a campaign and it’s only a couple seconds long of a single picture with some one just telling us to read the description below.

As a potential backer I don’t feel inclined to place my money down on a few drawings so some one can make a school project, or use it for pizza during the semester. Overall I have no way to see any substantial effort on your end to give me a reason to donate.

Regardless, I wish you the best of luck with your project and hope it works out for you!

I dont see why it being " a school project " should make a difference, its my final year project at university!
I wont be using it for pizza because as you would have read before judging, i have goals in place for my budget,
And regardless of what you think this is being made throughout the year its just so early in development I cant really show anything off yet!

This is being released as a full game, my rewards are not lies

Video has been updated, as well as new information and goals system
Please check it out and share around!

Since you are asking for such a small amount of money you have a better chance at reaching yours goal. With friends and family alone you have a good chance and I hope you make if. For an unknown developer this is not a good KickStarter project. You don’t have enough visual information about your game for people to take a chance on investing in your dream. I like what you are trying to do and stick in there and keep us informed on how things are going. This Kickstarter project is similar to your page but this guy was established and was able to have a successful project. https://www.kickstarter.com/projects/mightyno9/mighty-no-9/description

You might also indicate that you have been given the rights to your product from your school. In every American and most EU universities, anything you create using their cirriculum, classes, computers, internet connections, etc. means they automatically own rights to whatever you create and can do whatever they want with it (some go as far as to step in and prevent you from selling or profiting in any way since it’s a school project). This is equally important for you and your KS backers.

Though the public knowledge part of what we’ve been posting in terms of our game design ideas aren’t exactly ‘unique’ given the latest survival craze.

I understand the risk and will keep you informed, please share around if possible.
Zooch: I have been in talks with my university and they seem alright with me funding this project.
Also havent heard of Indigenous