I have a base class in C++ for my project, and in this object I have

Now in Blueprint, I have a PathBaseBP that derives from APathBase, and then a few other blueprints that then derive from PathBaseBP. Functionally, everything works great. I’m having no issues with how the paths work. However upon opening the editor, I get these messages in the error log:

I get one for every path blueprint that derives from PathBaseBP. Anyone know what might be causing this? I am defining the shape of the spline in the derived paths blueprint construction script 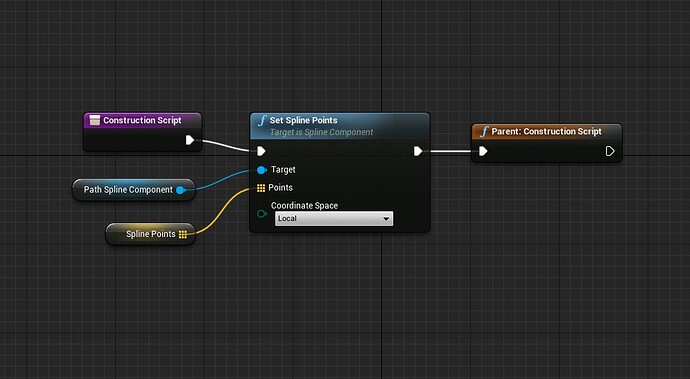 The array is just hand built to give me the shape I want.

Is this an error I can just forever ignore? Or is there some deeper problem I am not seeing that hasn’t reared its head yet with the way I am using these.

We have resolved this problem. The issue is that PathBaseBP had no components or variables of its own, so was being treated as a Data blueprint. Unreal seems to not like having stuff derive from a data blueprint and expects them to be endpoints. I added an unused variable to PathBaseBP and now all the objects that derive from PathBaseBP no longer give the error.