Something that perplexes me is how they imported the animation with tracks for the curves. When I import an animation sequence I do not get the same result as in the sources.

This is what I get when I import a new animation sequence:

This is what I am missing: 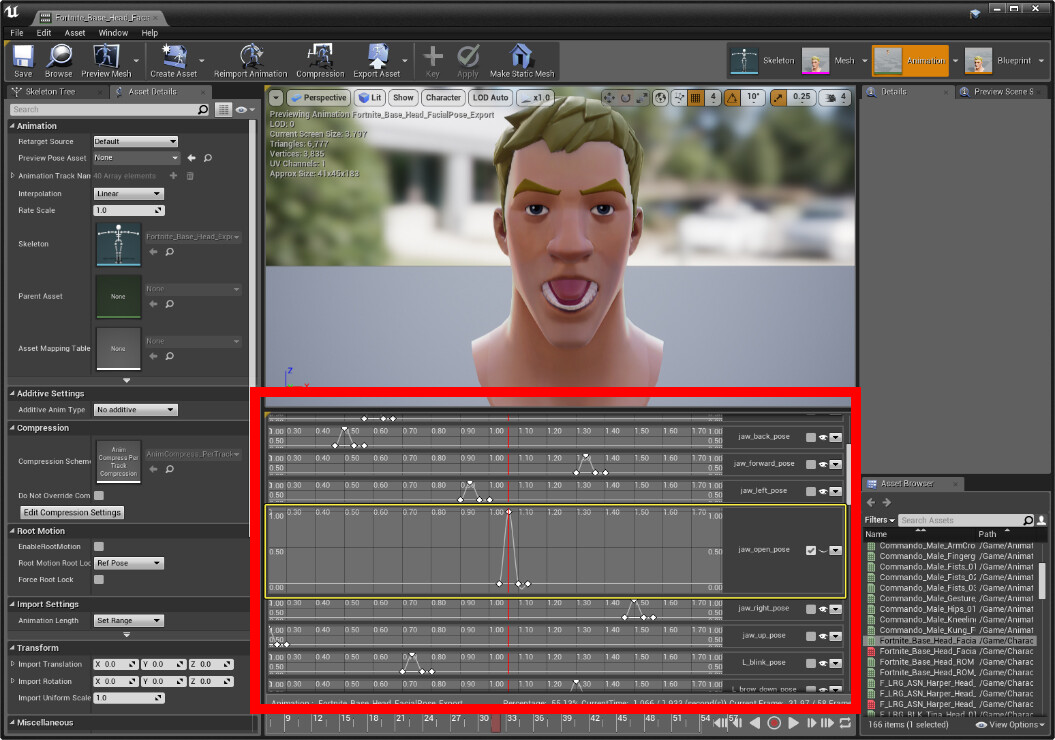 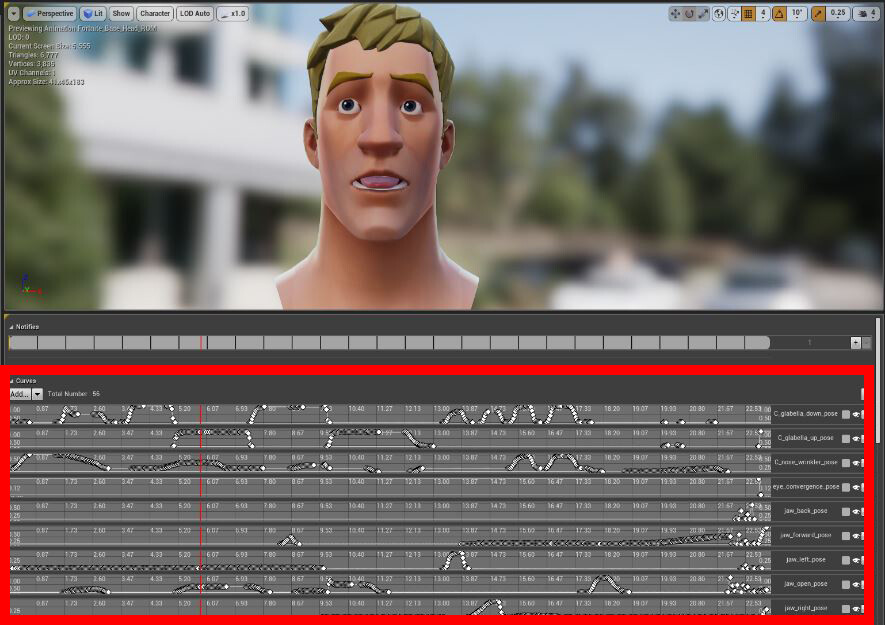 I am exporting my animation from Maya 2018.

Reviewed the video again (referenced in the 1st post), in the comments Lina Halper responds to these questions that feel similar to mine

I had a question. How do you define the different poses for a pose asset like at 24:36? Are the poses defined in Maya? Or is defining the pose done entirely in the engine? Thank you guys!

All depends on how you’d like to do. In our test case, the poses were created in maya and set name by tech animator. And animators will create animations using those poses. Again this is one of ways to make animations, not without animating joints directly.

I am not understanding something…They imported an animation and then each frame of that animation is used to create poses. But then they import an animation curve for those poses. What exactly did they import at that point? Why is it not just recognized as a regular bone animation? What am I missing here…?

What exactly did they import at that point?

It’s just curve that point. It’s not bone animation (each track curve) but just one curve to drive that pose. It is a bit confusing but this method is very popular for facial since curve is a lot cheaper to create animation for.

What I’m still stuck on is how I should set up the poses to be animated in Maya and then have the curve information exported to UE4 in a similar fashion to the video and the Facial Sharing Documentation reference.

Currently I have just keyed bones that I export as a baked animation to UE4 but I do not receive any animation curve tracks with those.

I tried to link the bones to the curves as suggested in this documentation.
However it did nothing for me once I imported a new animation. I still get no animation curve tracks imported.