I’m having an issue where a variable (struct consisting of Uobjects) is not replicating. The value changes and fires on the server, but not the clients. However ‘randomly’ the variable will decide to start replicating. After much debugging I found out that saving the map was triggering the variable to replicate as expected. All I have to do is save the map and it works. Any insight into the apparent bug would be greatly appreciated. Here’s a video: 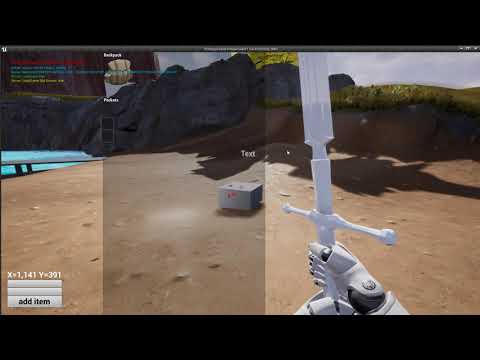 Description of the code: Player linetraces to the cube which has a ‘backpack’ uobj, then the server changes the corresponding uobj inside the player character, then a simple widget function fires spawning the player inventory using the uobj parameters.

EDIT: After getting the replication to work through saving the map, if I recompile the itemBP, then it stops working and I have to re-save the map. Driving me nuts!