The major changes I’ve made since I last updated have been a complete lighting overhaul which drastically increased the overall level quality; added tons of particle effects, and completed the final third of the city. There’s probably some other things but those are the highlights.
It has been an utter joy making the most of UE4’s features in building this and I can’t wait to start my next project.

Here’s some details that you may not get from the screenshots:

Also, I’m going to be adding a video walkthrough and a downloadable playable version of the level. Maybe using the FPS blueprint starter kit? We’ll see if it includes AI because if so it might be fun to screw around against them. 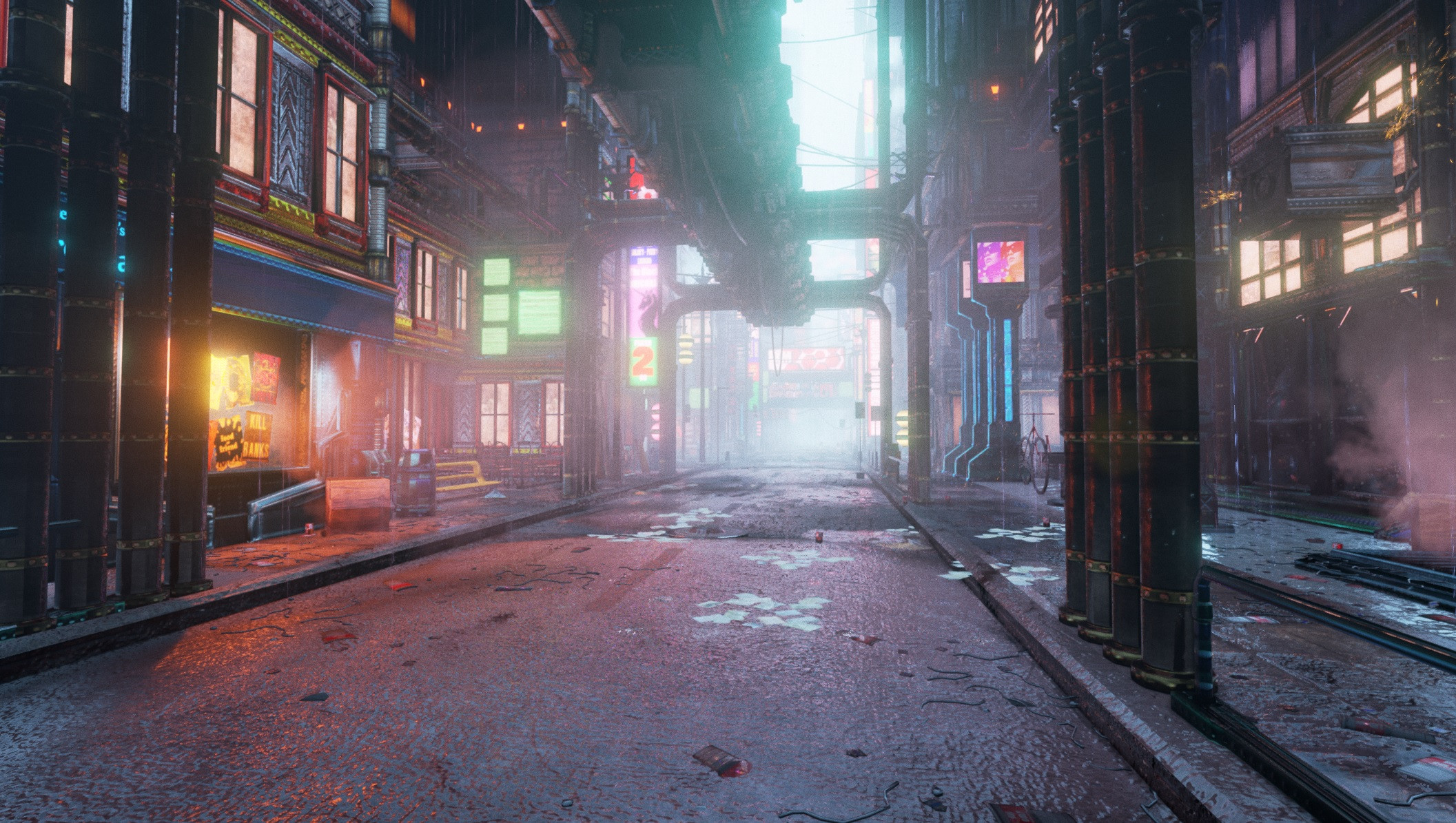 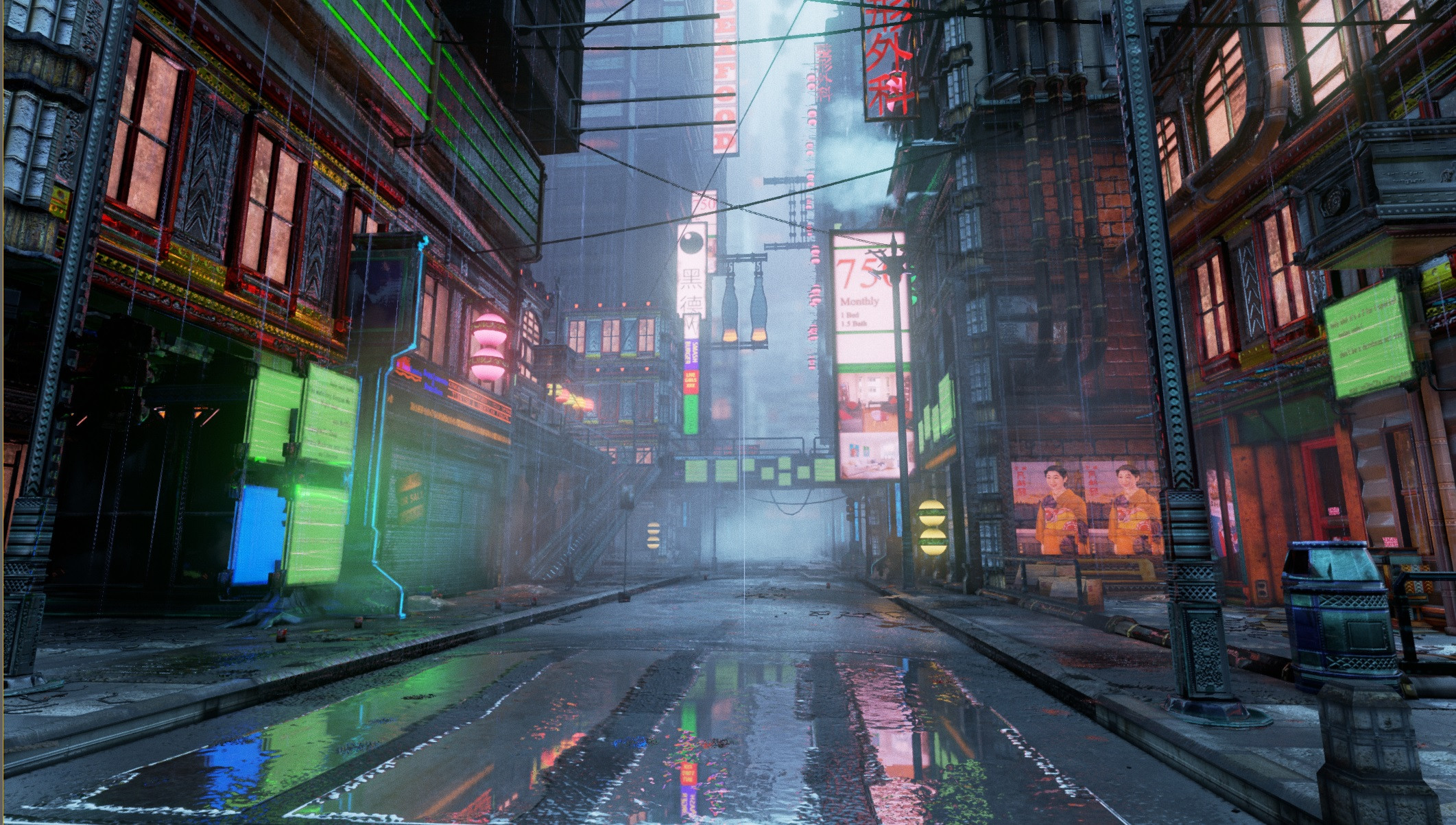 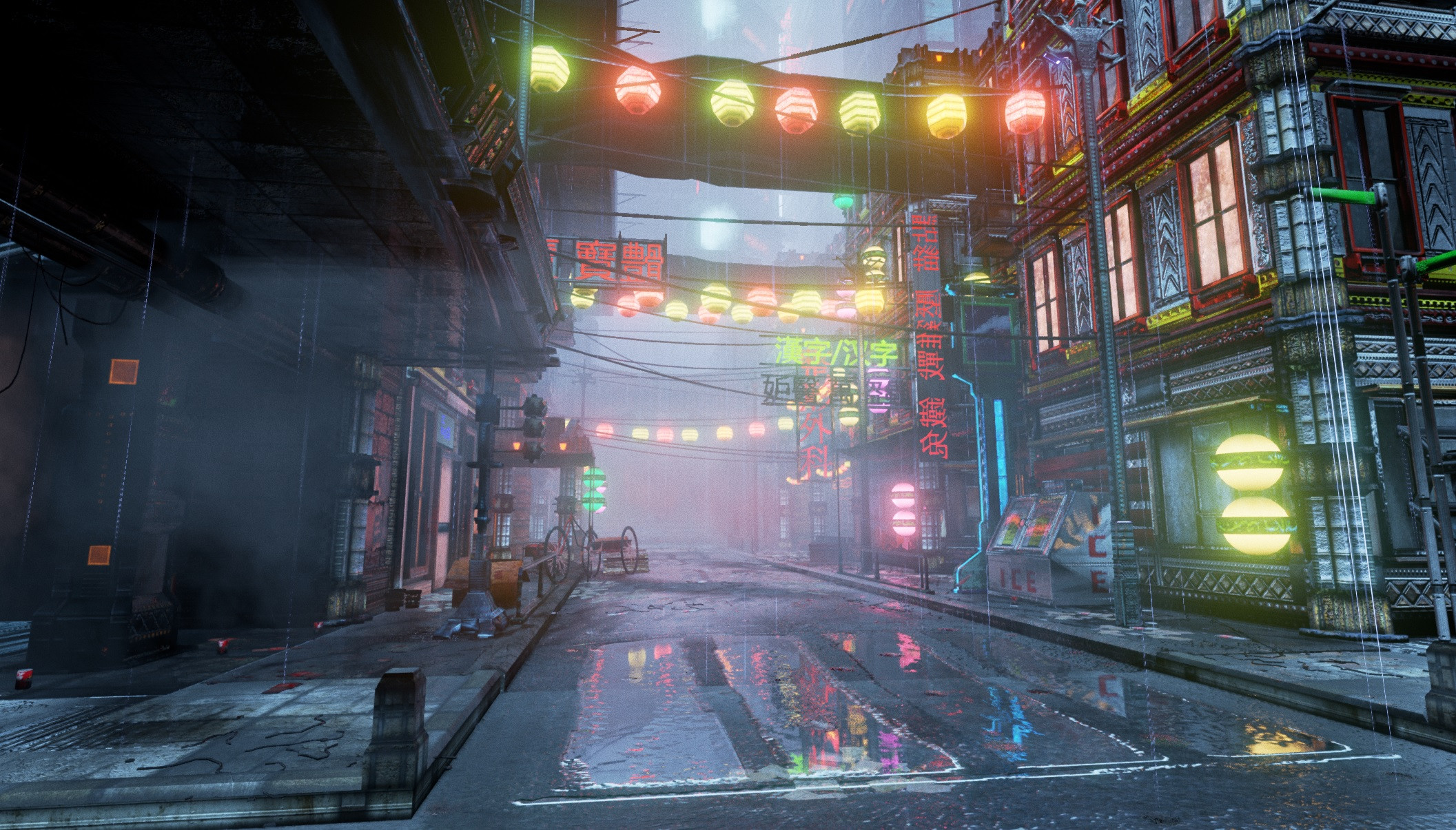 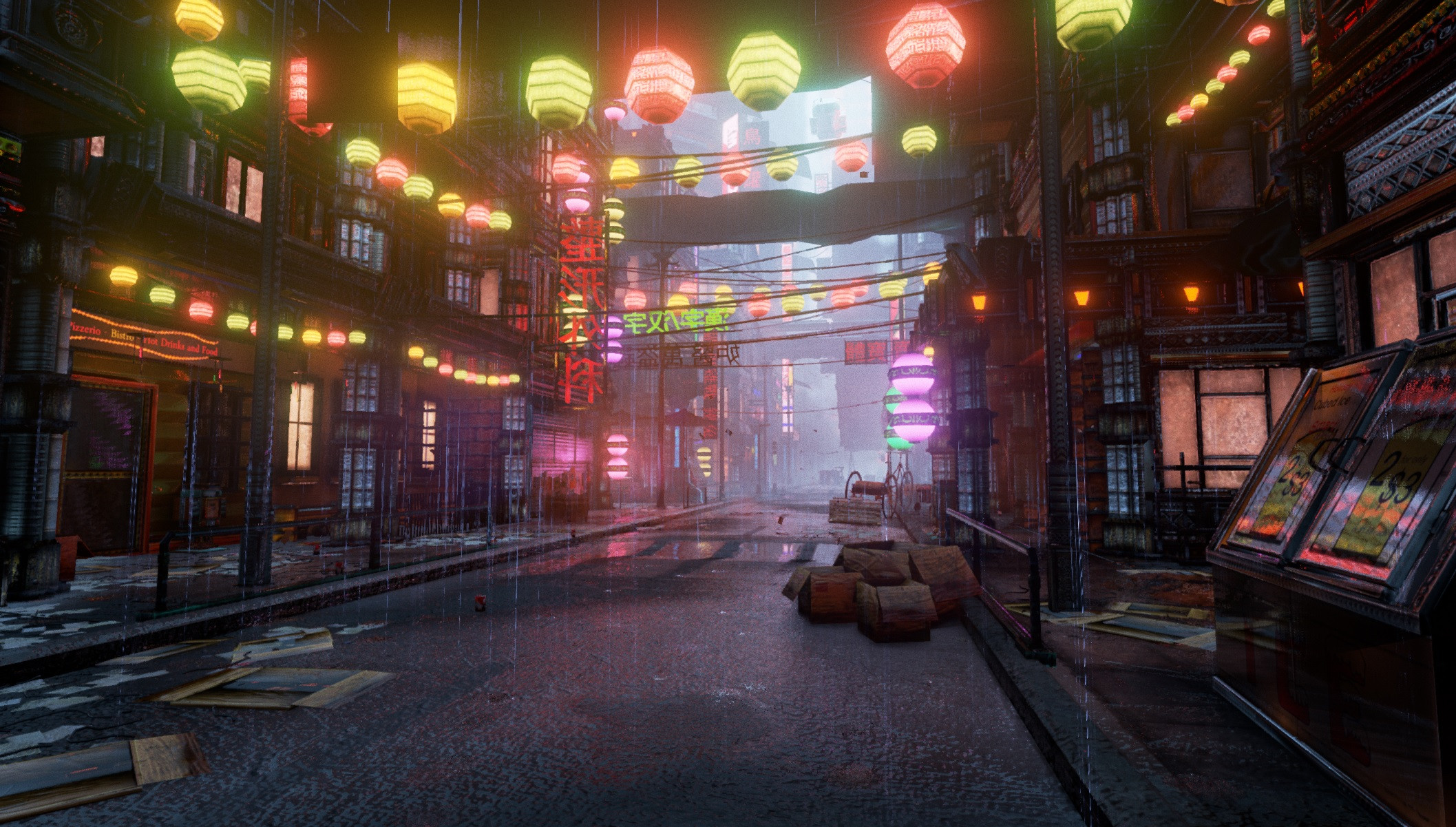 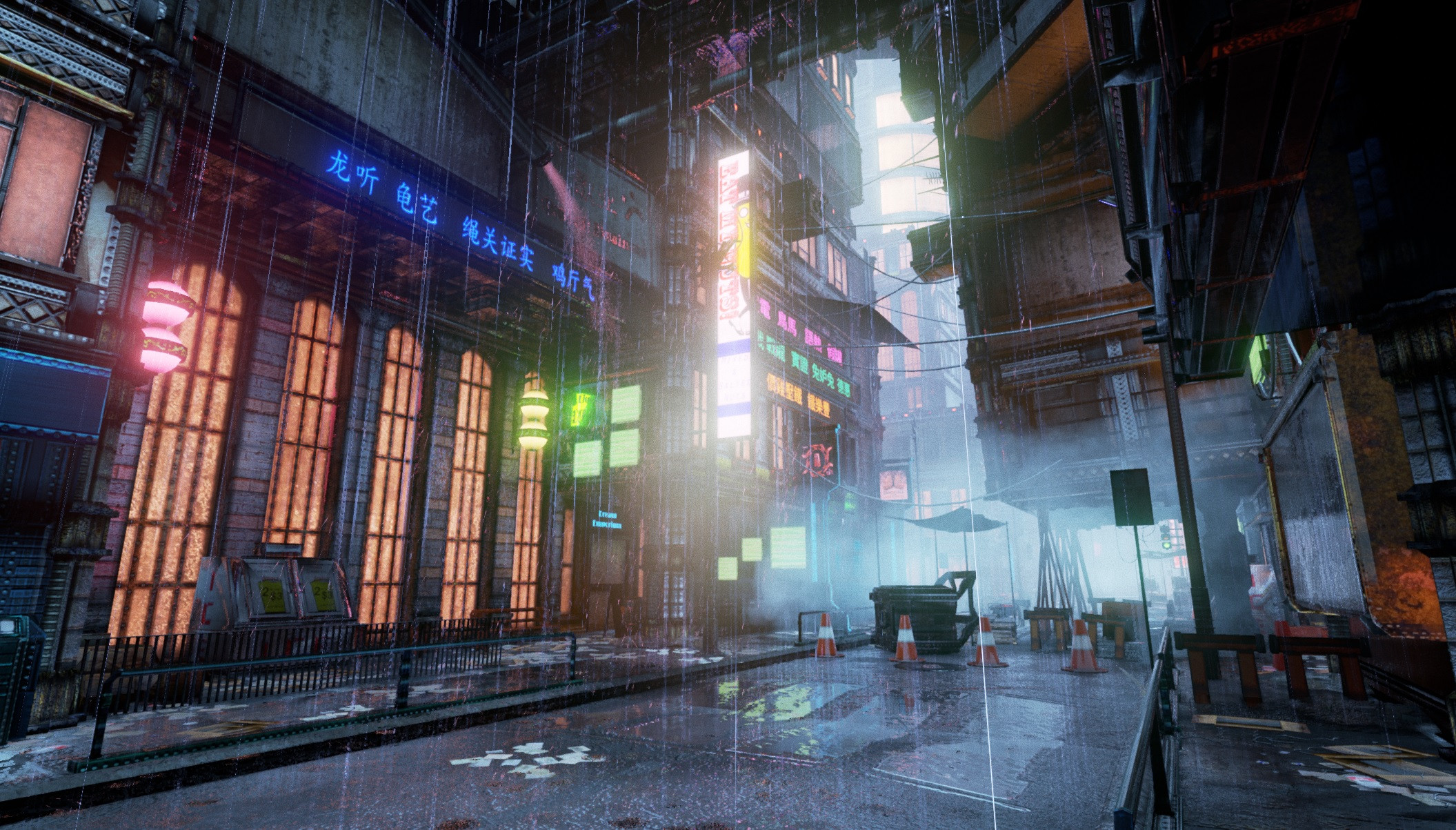 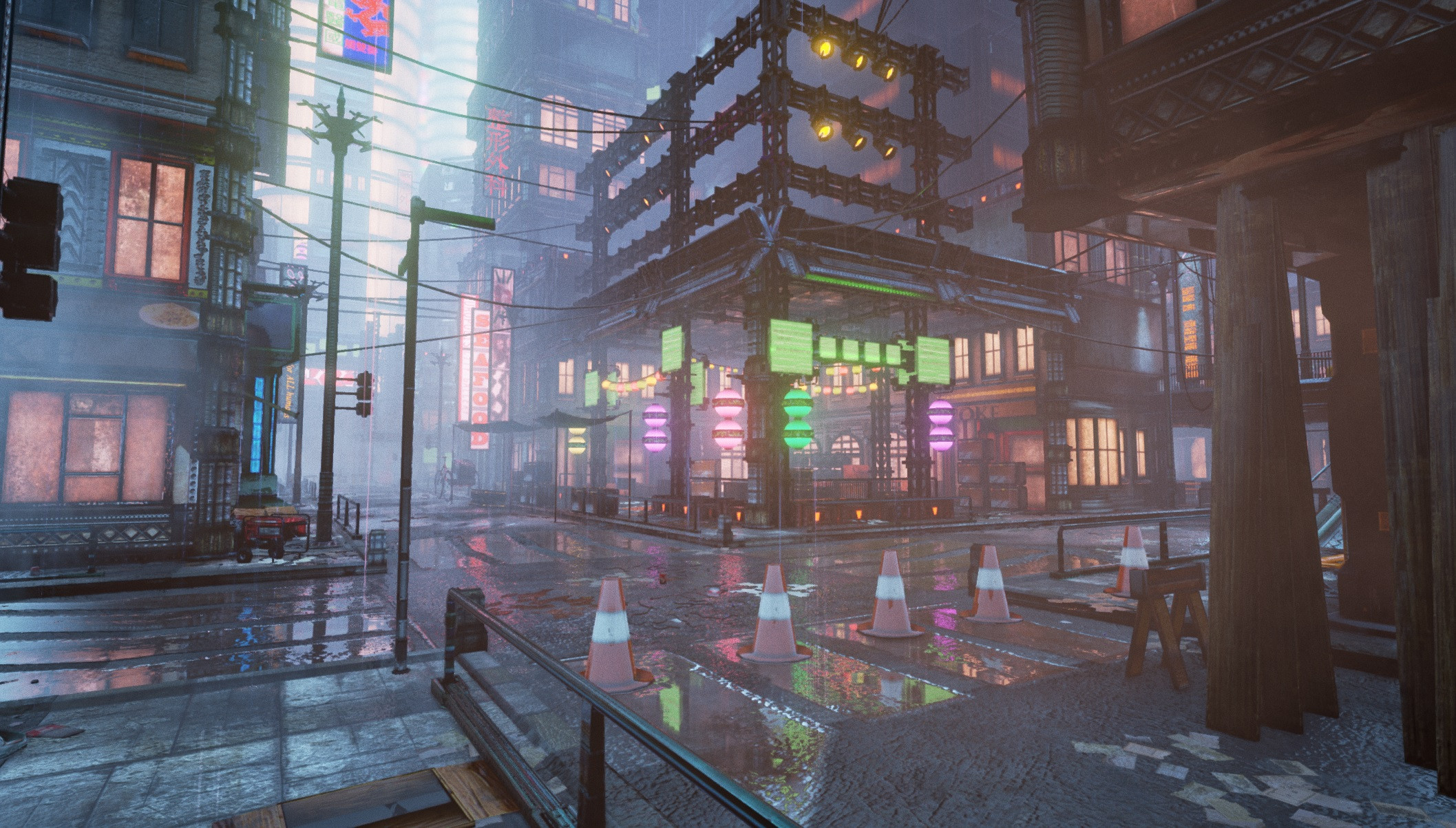 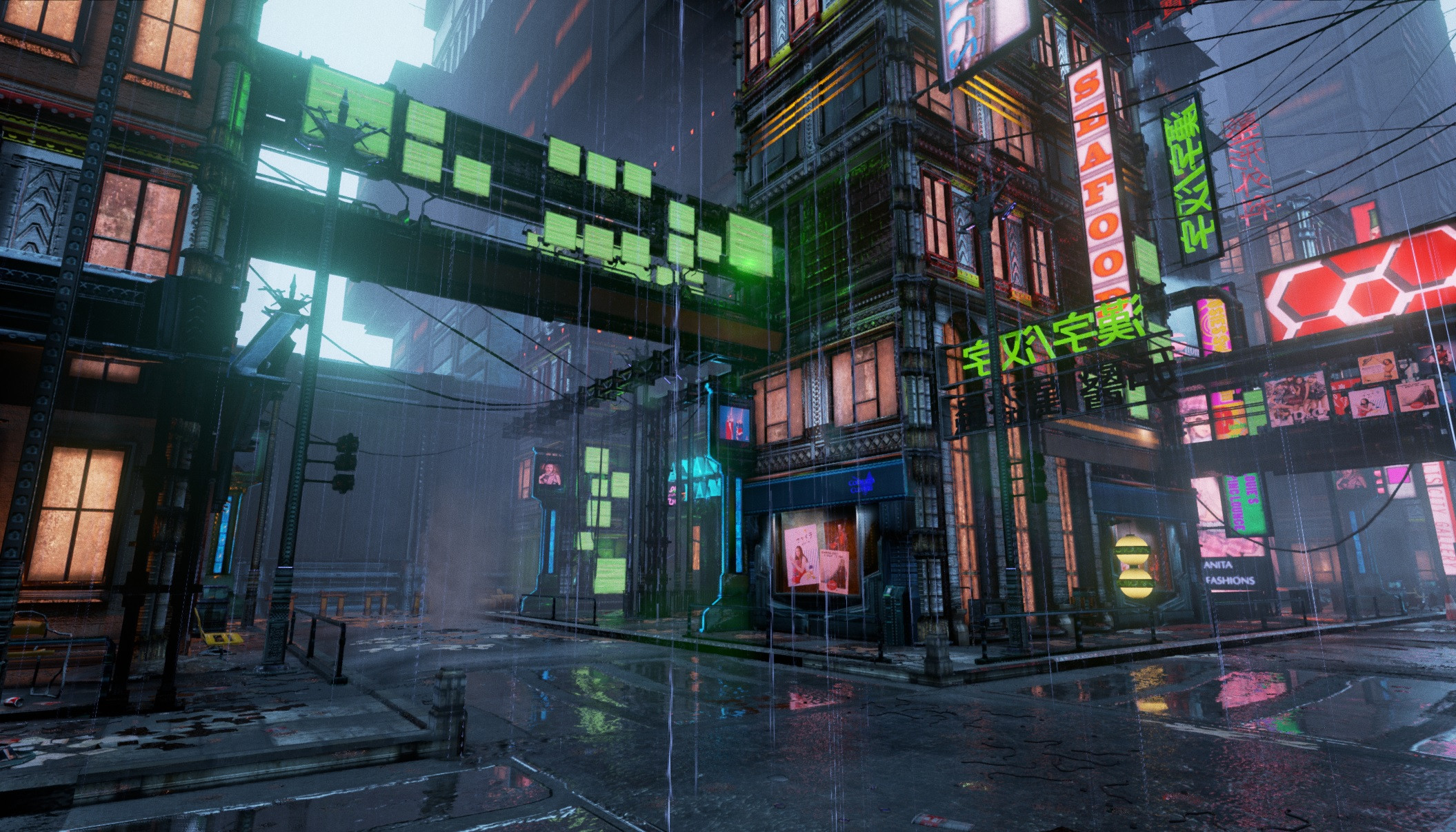 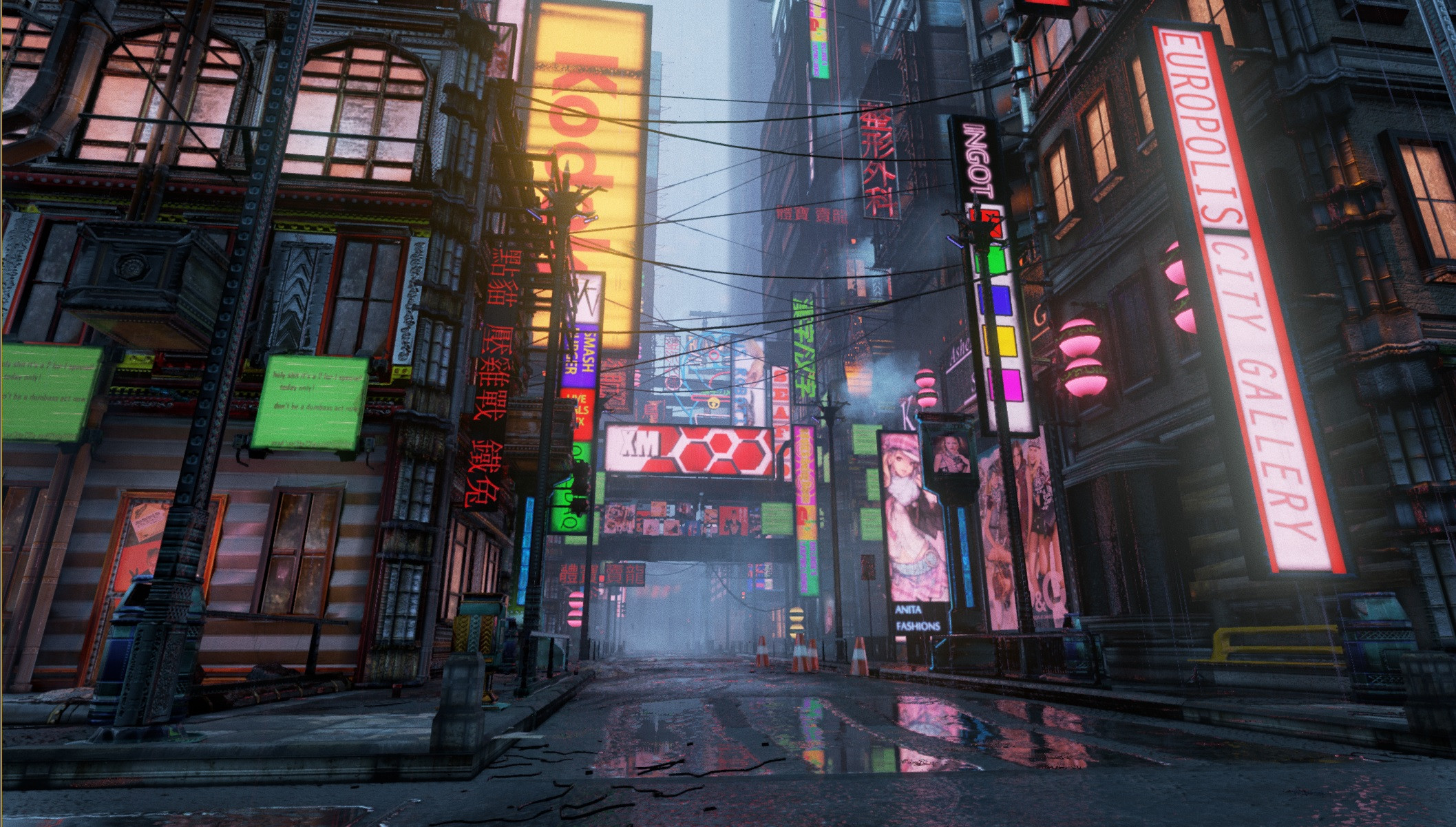 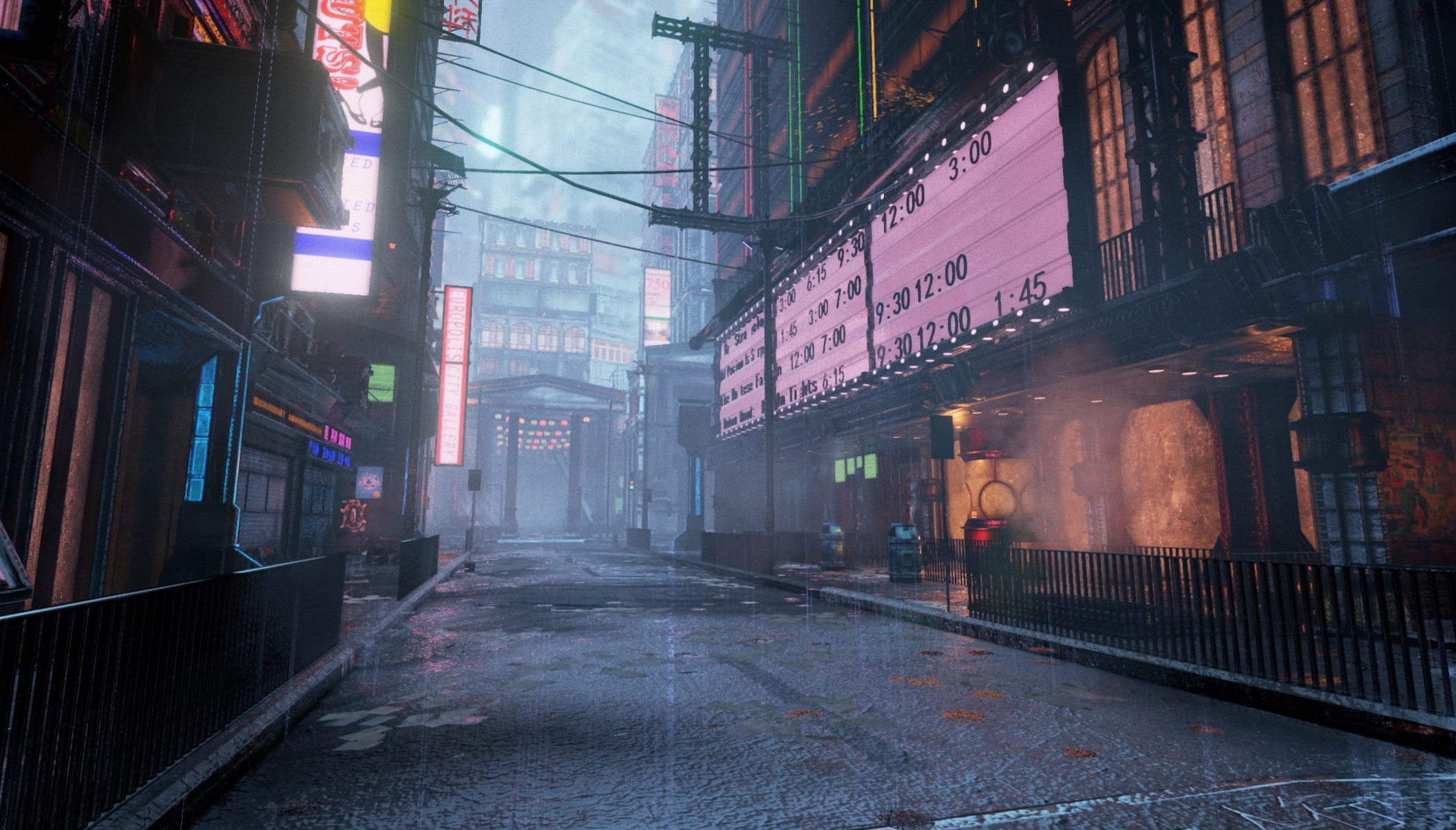 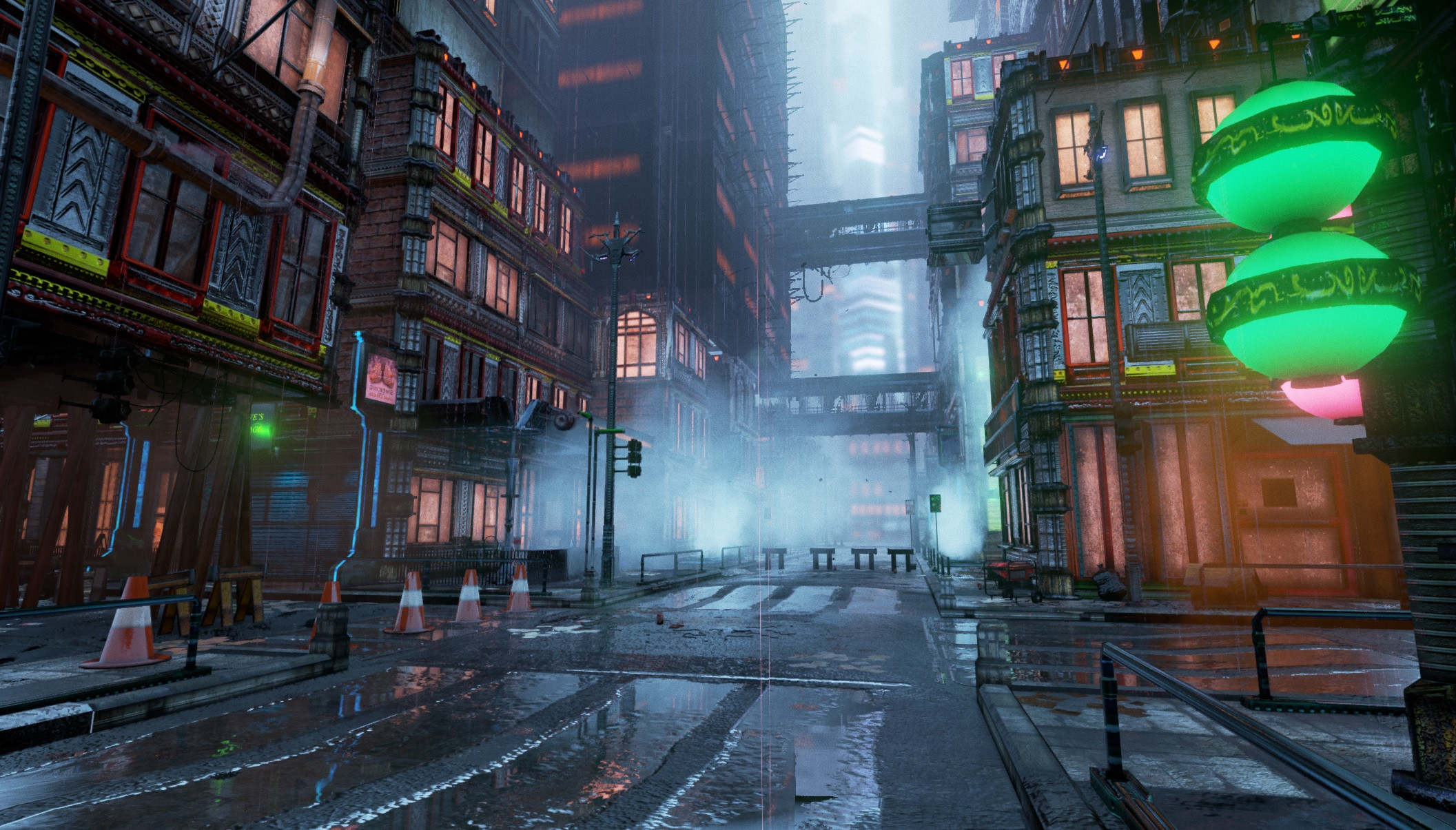 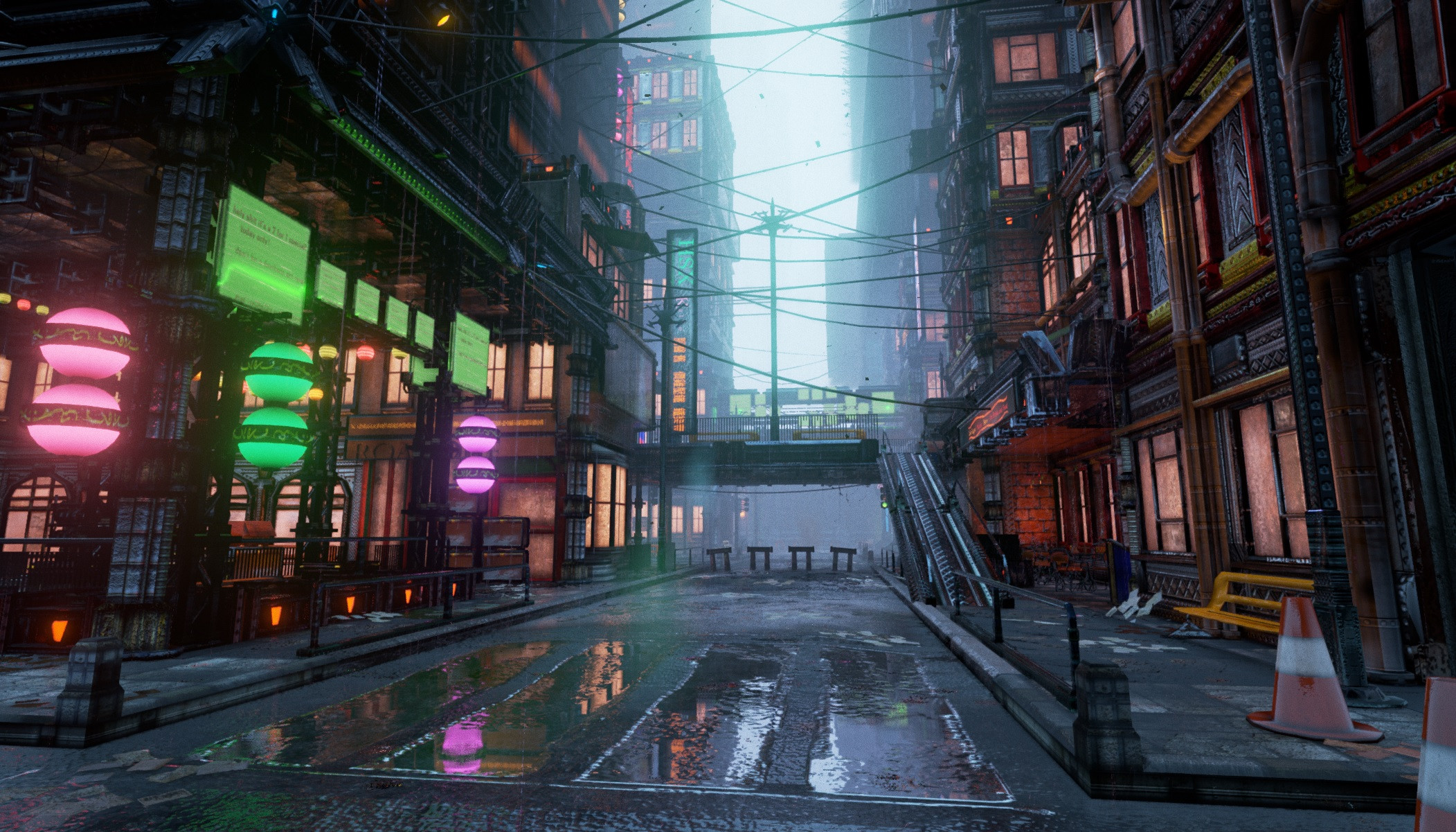 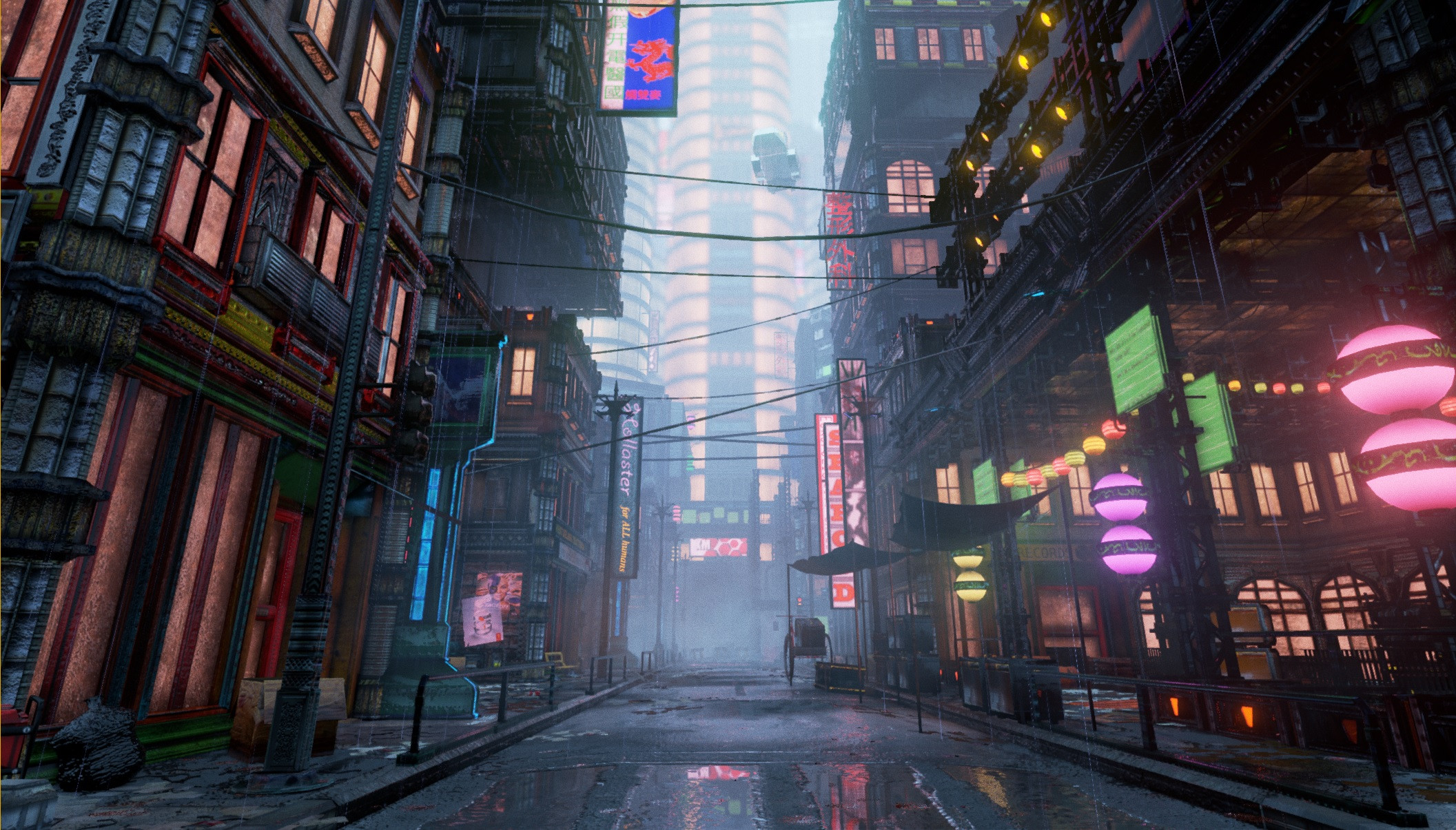 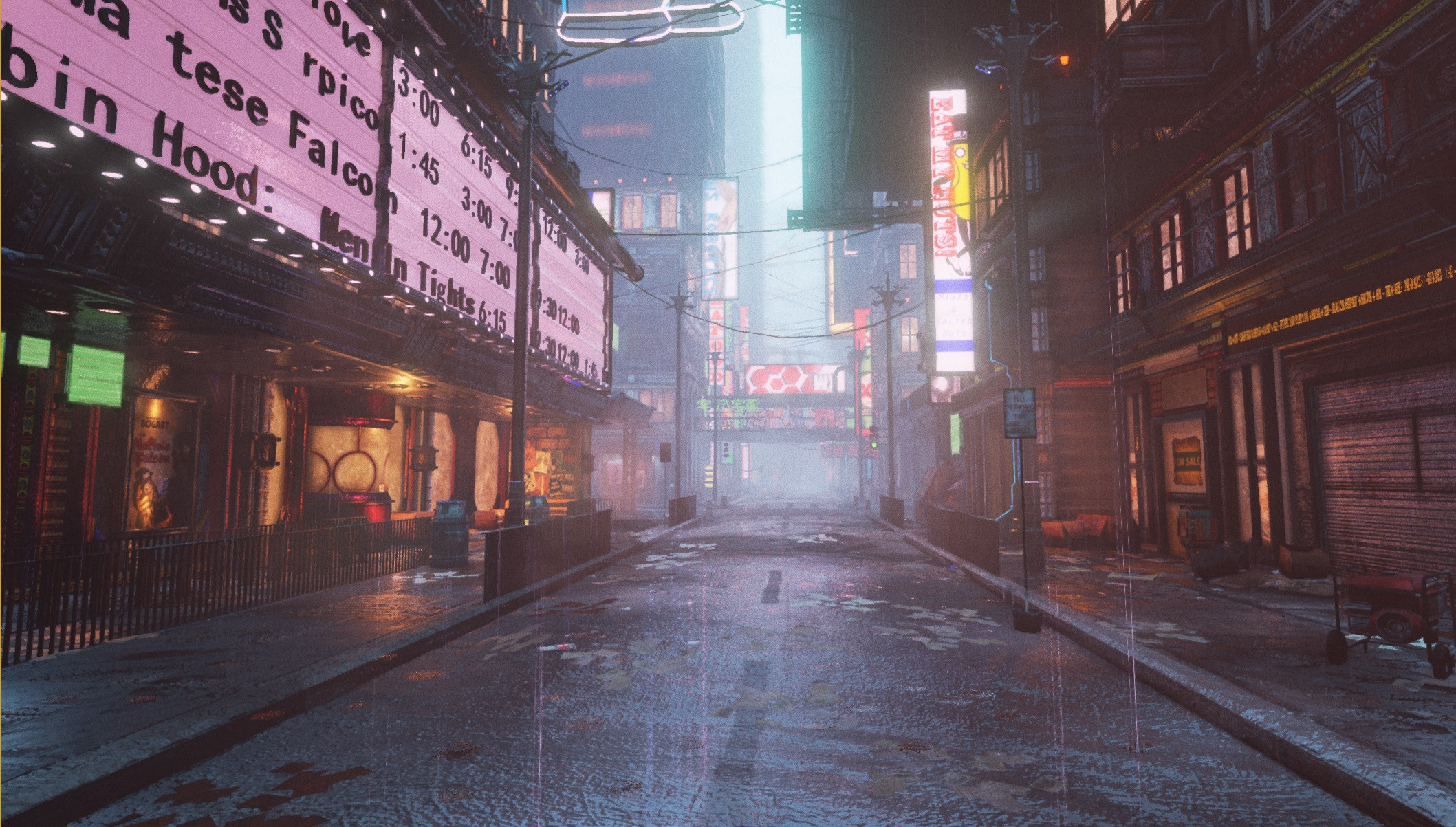 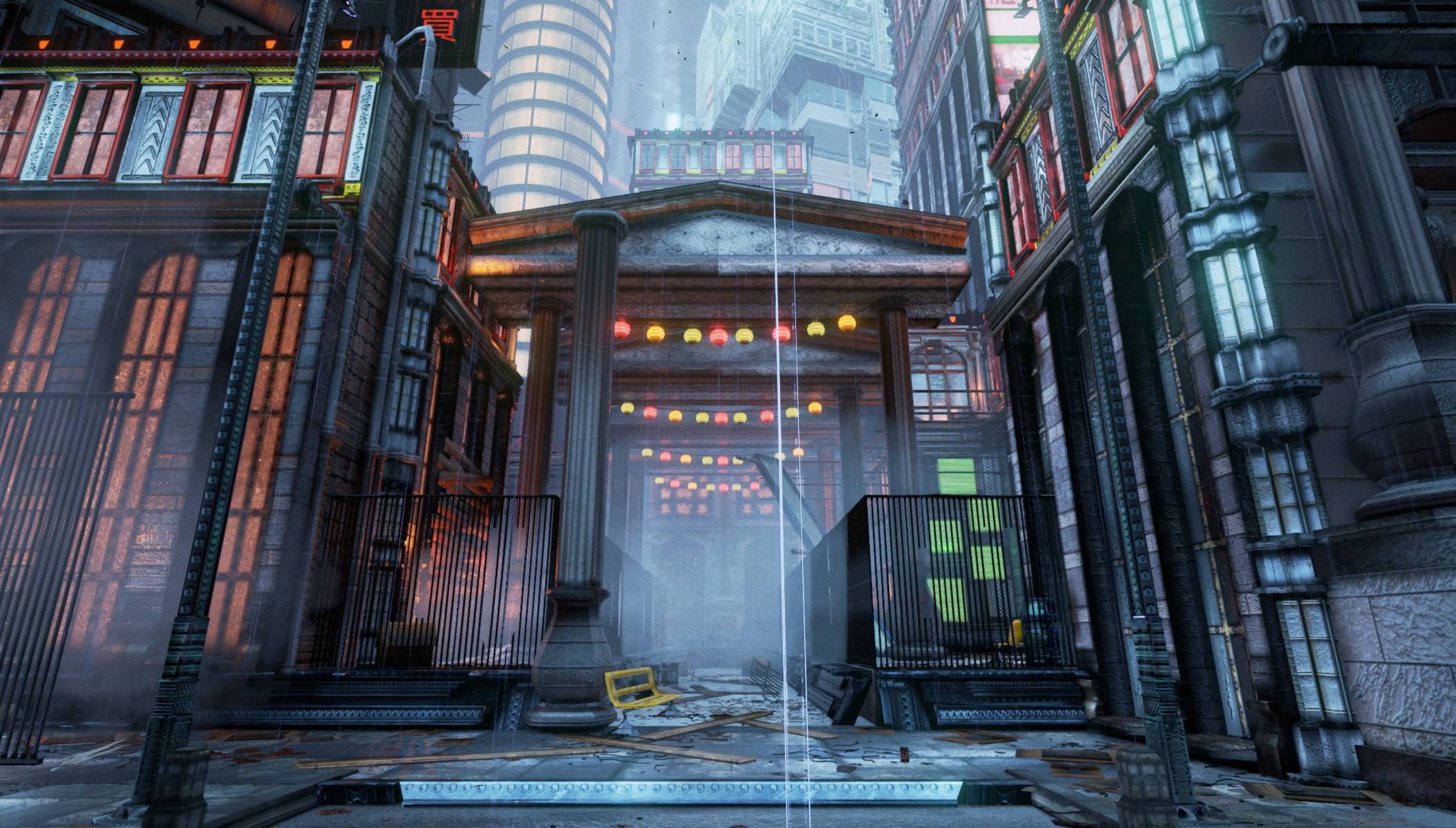 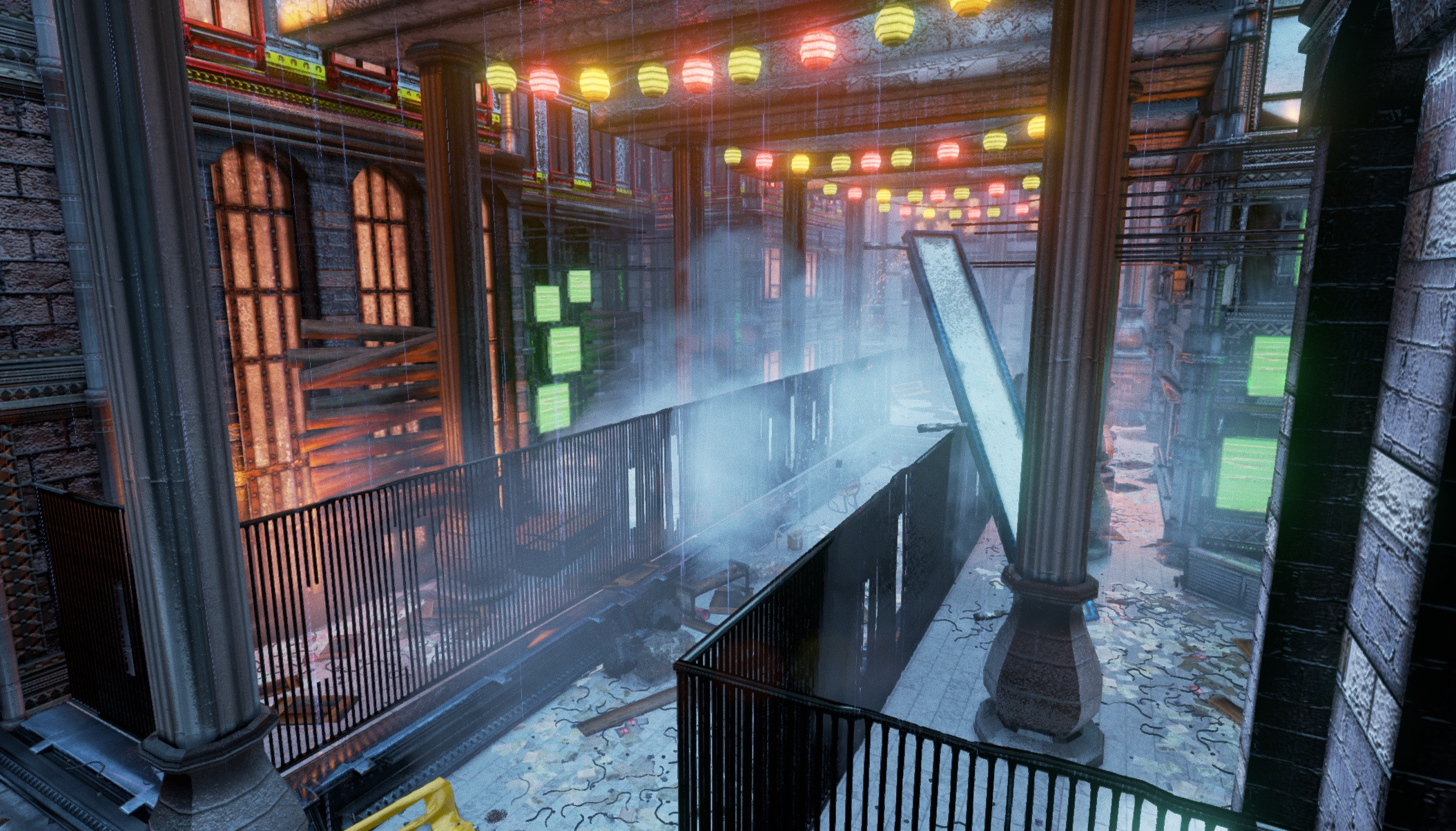 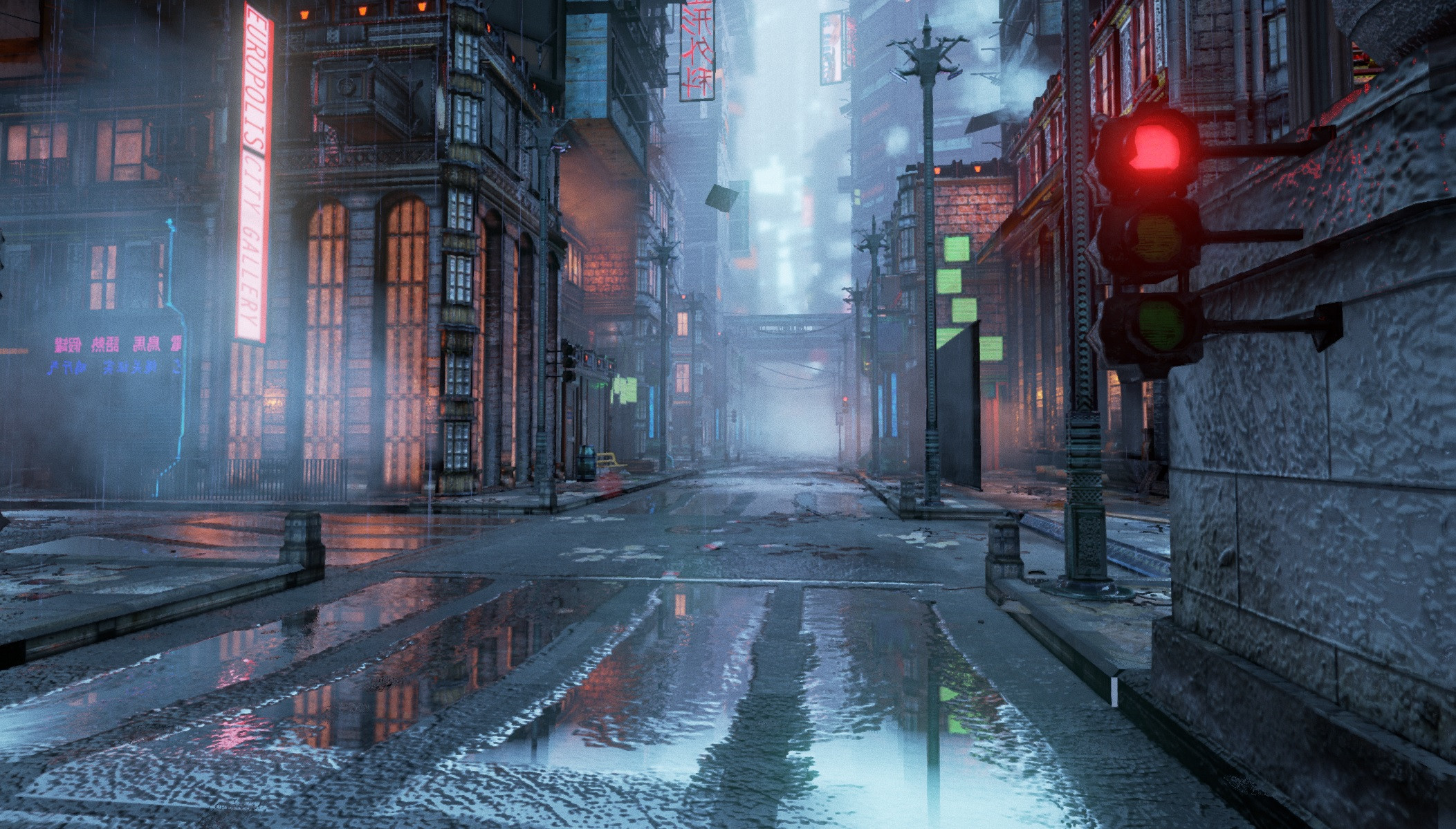 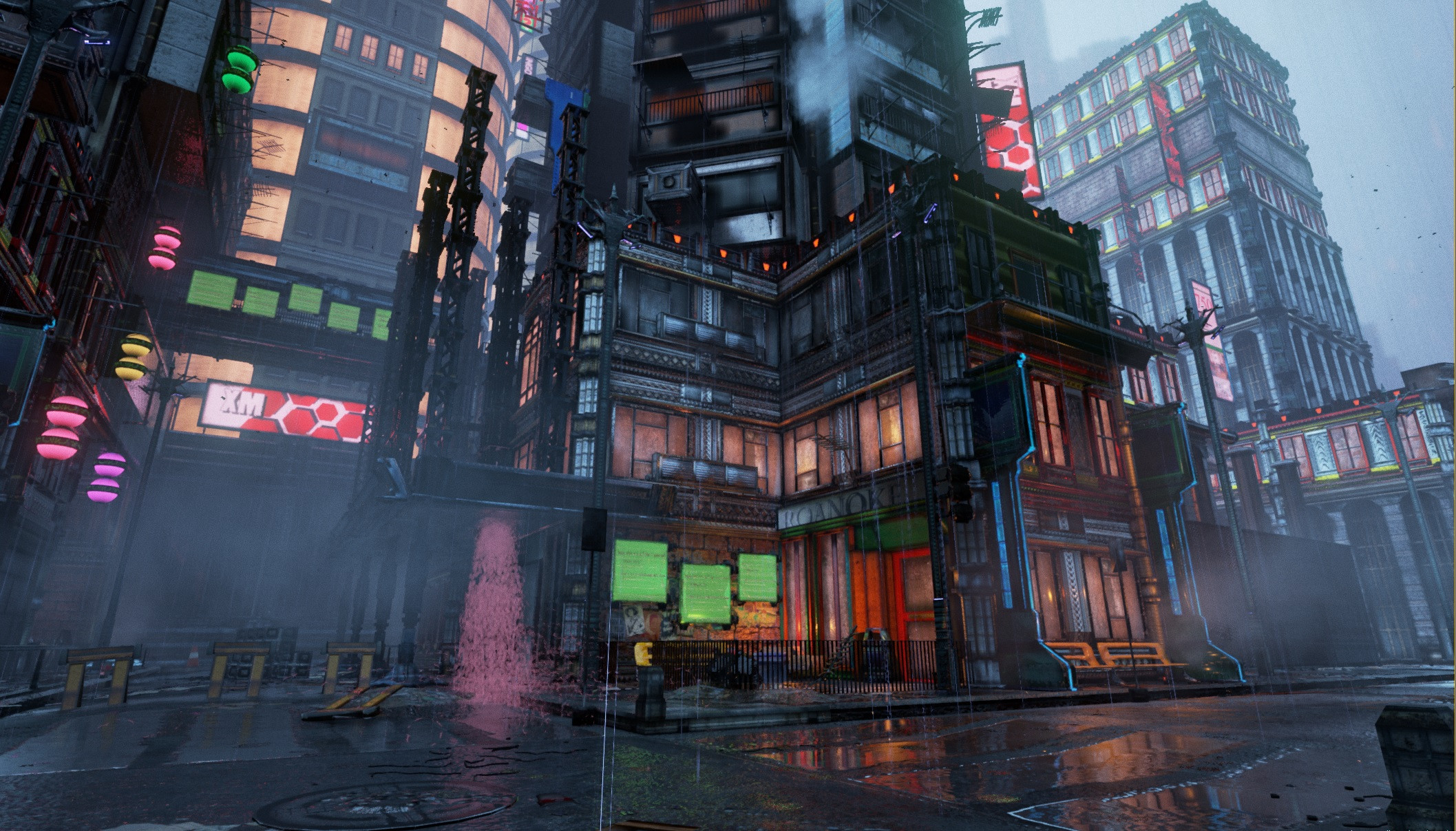 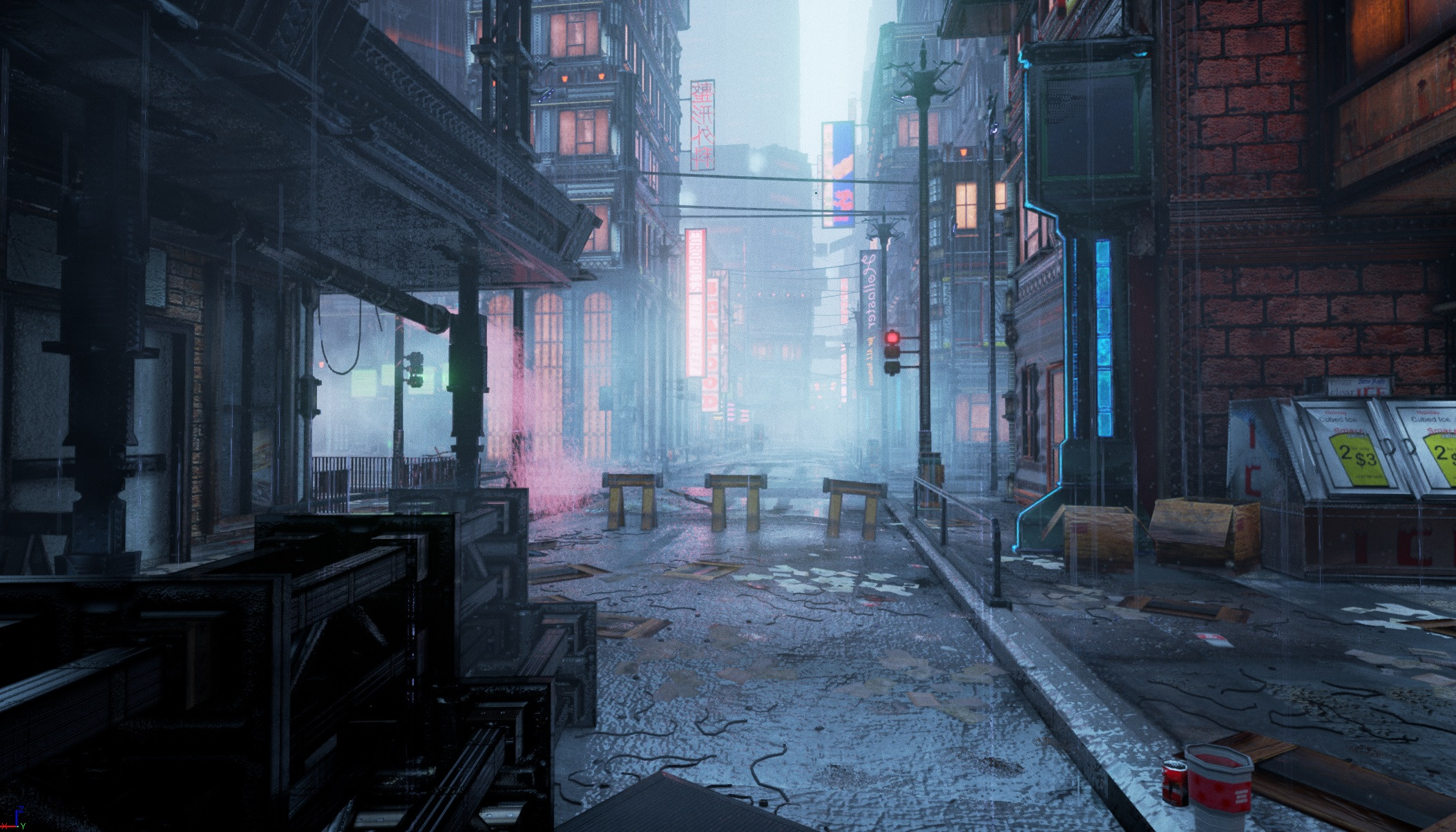 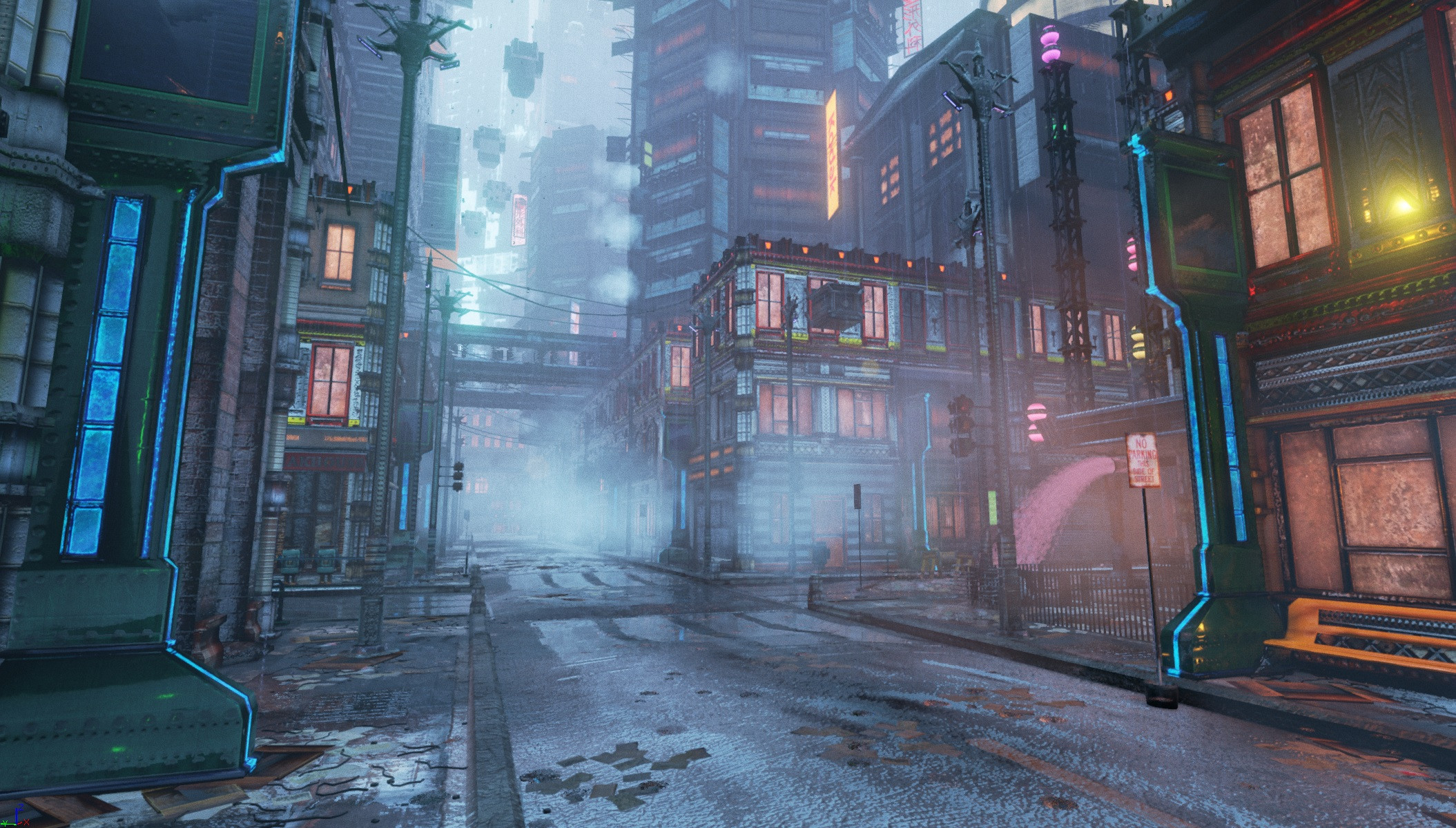 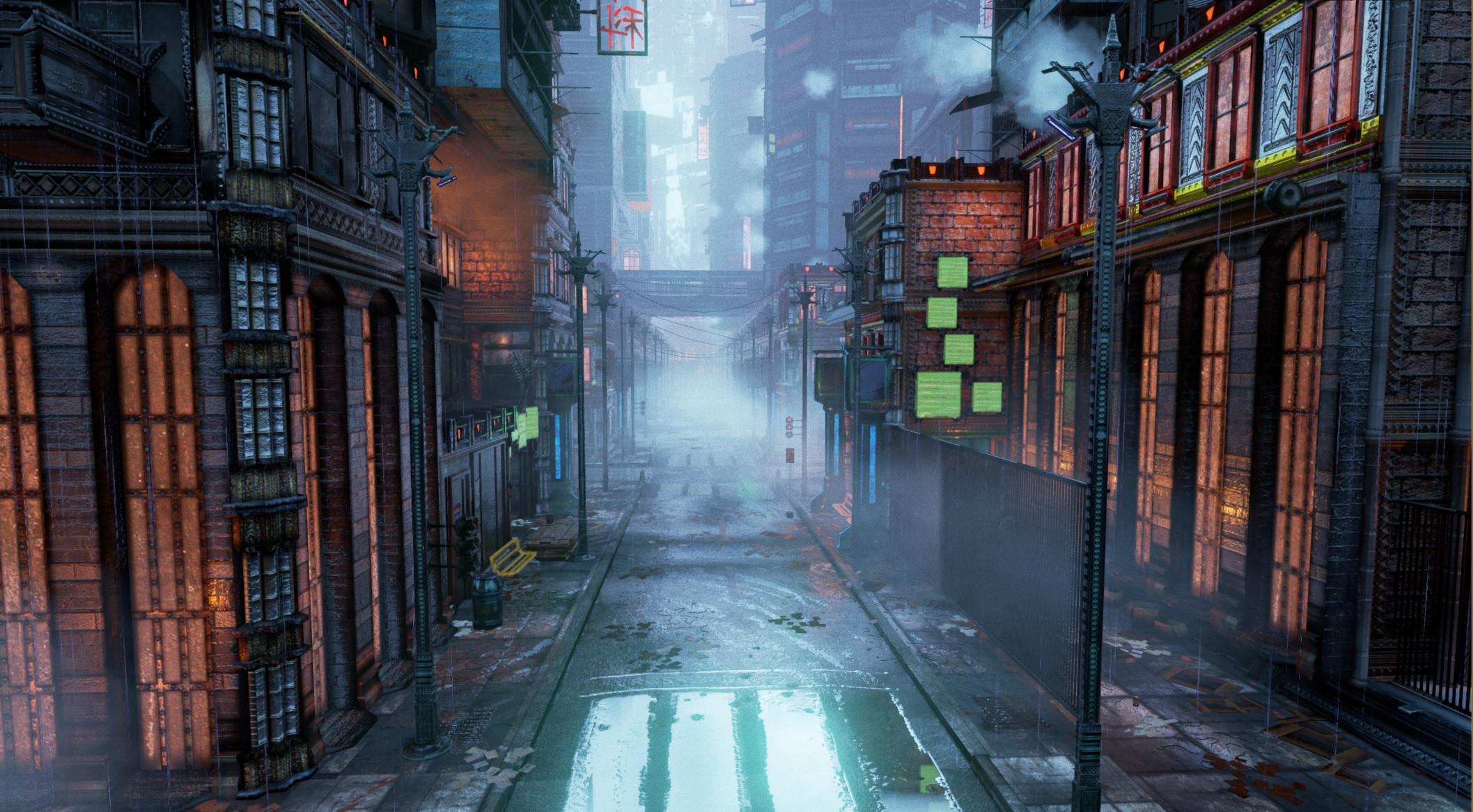 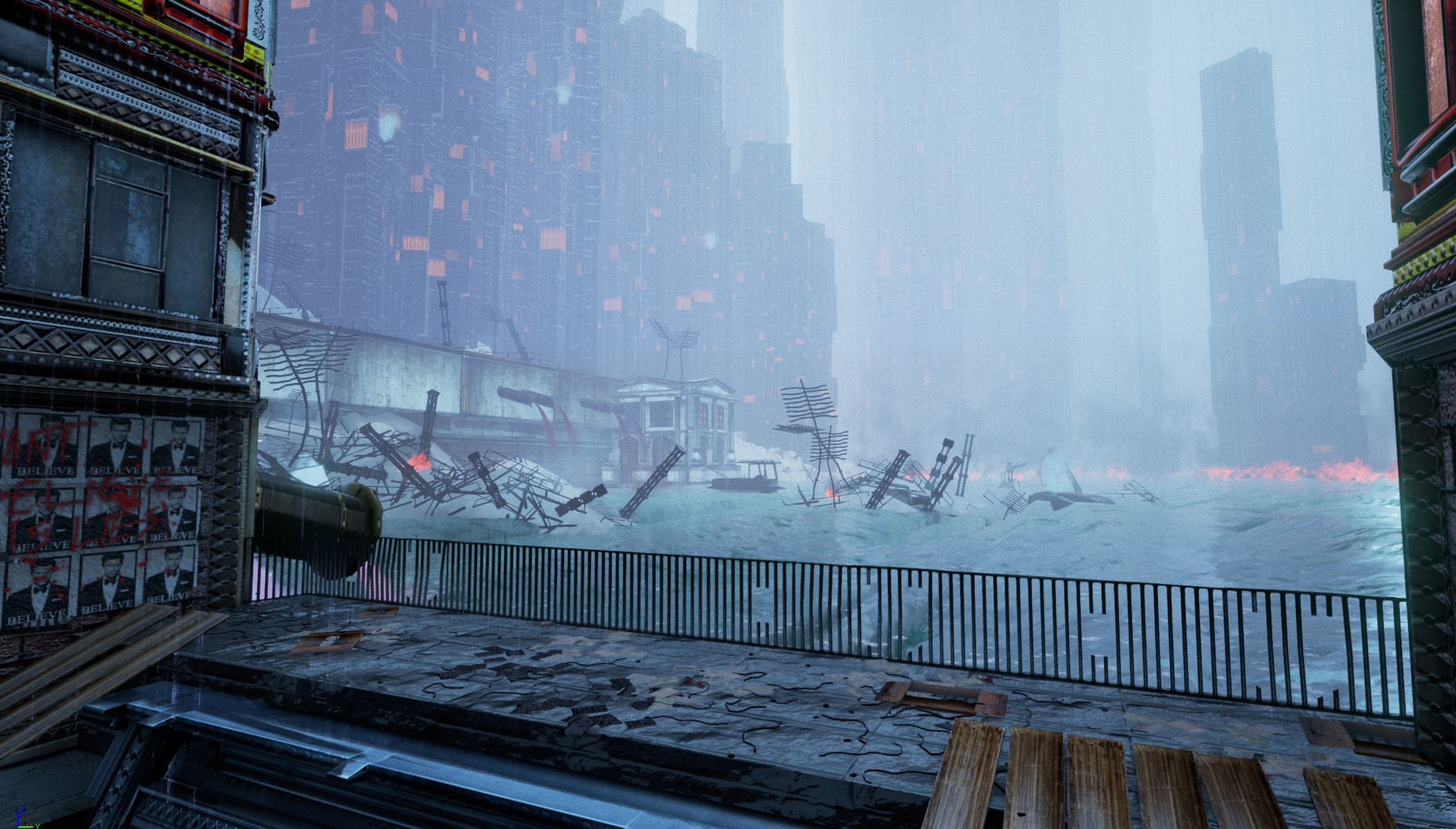 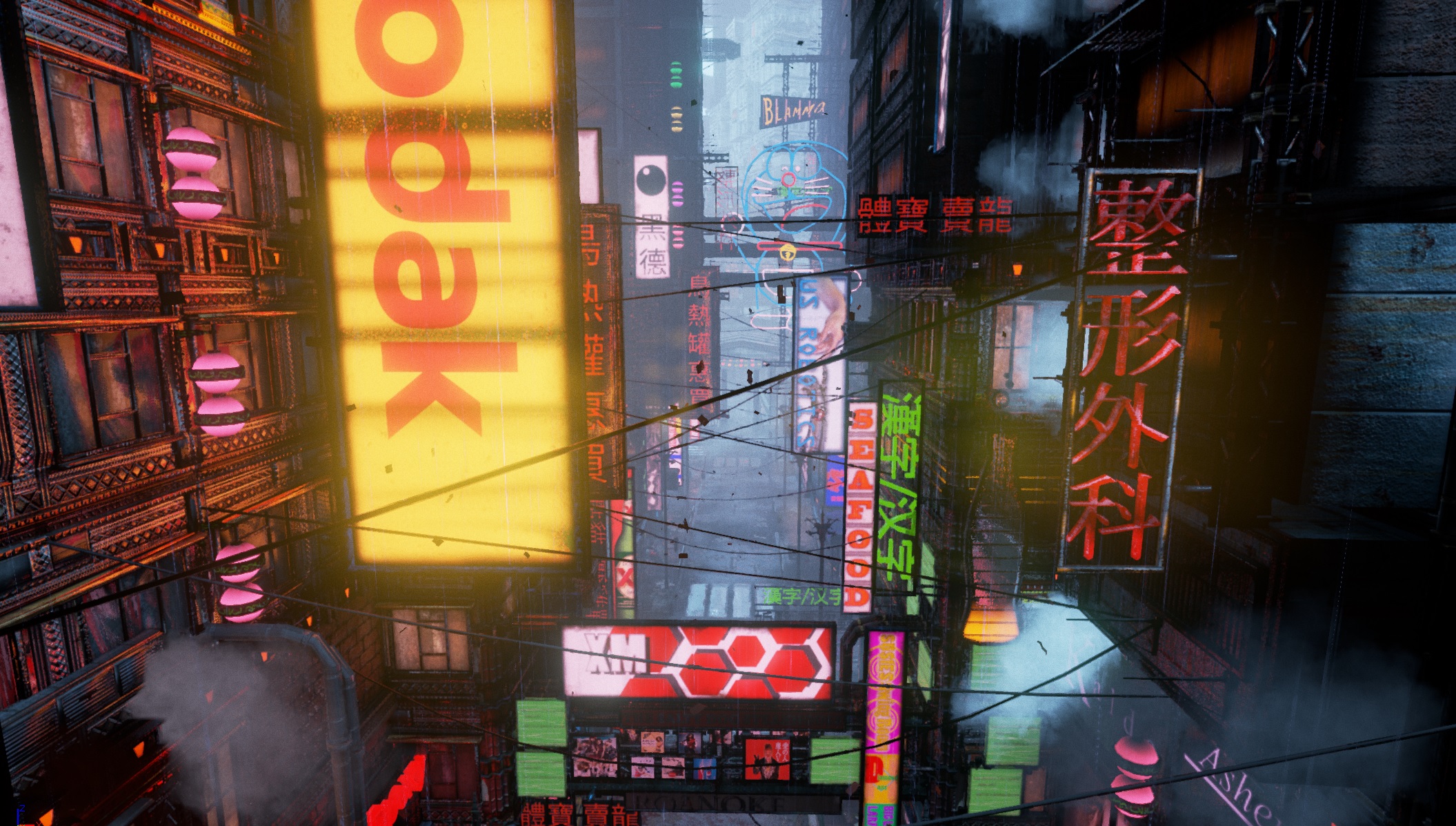 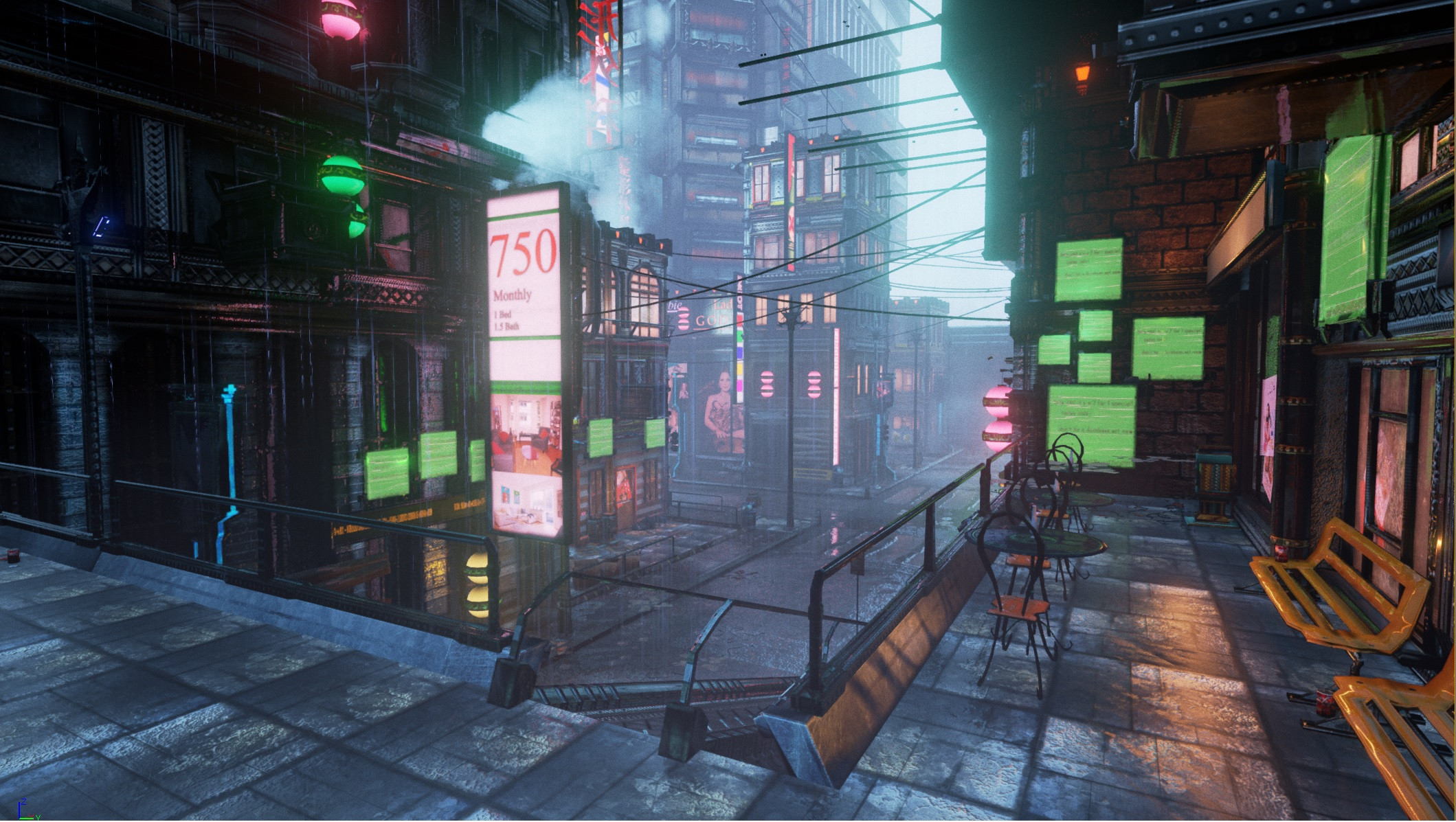 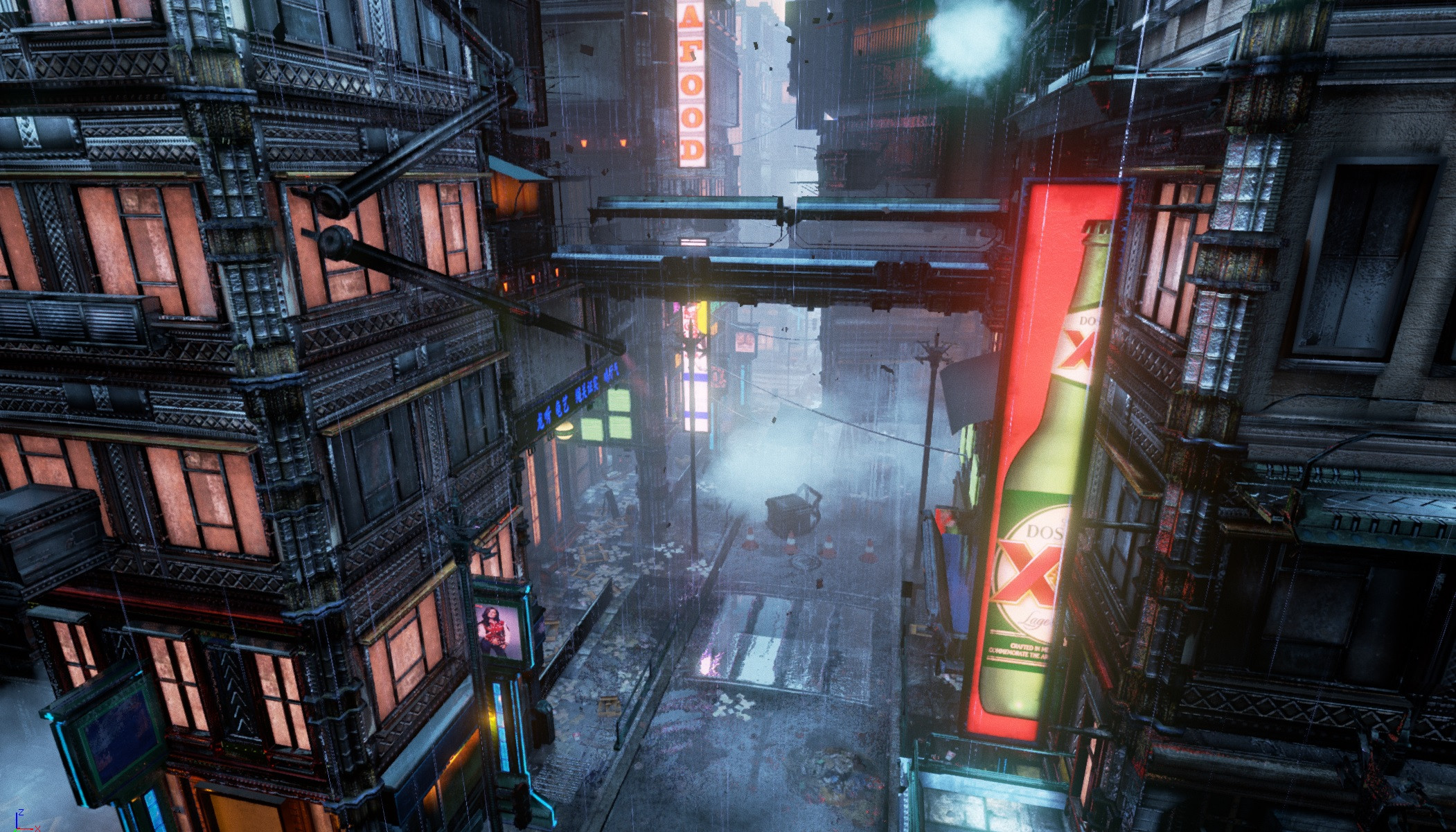 I’d love to know your thoughts, thanks!

Amazing work samifira! So detailed and colorful. By far some of the best city scenes I have seen to date. I am very excited to see what project you take on next!

Awesome work. I love how the streets look.

That’s very good looking!
Is it for a game of some sort, or a free-standing project?
Maybe you could sell it on TurboSquid or the Marketplace for those who aren’t artists but need game levels?

Great attention for detail. Color, Atmosphere, like it very much.

I love your work. It’s remind me of Deus Ex HR and i love that stylization.

I didn’t think this could get much better from your last update, but somehow it has. Fantastic job sir; this is looking stupendous!

>> Also, I’m going to be adding a video walkthrough and a downloadable playable version of the level.

I am eagerly awaiting this! Can’t wait to see things in motion, and actually get a chance to run around the level.

Thank you again for sharing this update! Magnificent job! =)

Sweet work. Good to see stuff going beyond small mockups and demos for once! Noice.

Wow this is great

Very inspiring. Somehow it made me crave to make a Retro Future environment

That’s fantastic. It looks like a concept painting. So much detail and love in every corner. I’m happy to see Men in Tights has become the classic film it deserves to be. I’m sure the Home Alone and Nike Air jokes will never lose relevancy!

Yep that looks quite stunning

Just so everyone knows I still plan on releasing a video and the executable, it’s just been tough because there are some really noticeable performance issues when you look towards the center of the map from the sides and there’s also a bug where black squares will blink occasionally in certain places.

I’m almost done optimizing though so hopefully I can release a video within the week.

Thanks for understanding, cheers.

It was wonderful! It’s amazing his ability to create 3D cities in UE4, detail by detail. Congratulations!

Reminds of me of Blade Runner in a good way (is there a bad way?? lol).

This is freaking sweet!

Also, whenever I can download it and get inside it, I will make you a really cool video.