Hello, i’m trying to create a sword blade glow for my Paper2D game.
From following this tutorial, from the “TheSiege and the Sandfox” team , i’ve managed to be able to use light on my paper sprites.
https://www.youtube.com/watch?v=Tf9Qd4isHTM&t=1583s
However, for my sword glow, i’m not really sure how to use it.
I’ve set a material for it, and the material preview works as i want to.
Here’s the material setup :

As you can see, the preview is fine and the sword is glowing like intended.
In game, however, or just on the sprite preview i can see that the it’s not workign right on the sprite.
If the emissive strenght constant is equal to 0, it’ll work as “intended”(no glow) and lightning will affect the sprite, just like the tutorial.
If it is bigger than 0, regardless of value, the entire sword will have light on it and it’ll no longer be affected by light, like this :

I’m not sure if you can see it, but the ScreenShot was taken in game. I didn’t use any lightning near the sword, tough.
Also, i since i’m no expert, i’m not sure if it’s a good example, but the same game, Siege and the Sandfox, here on the forums, have a gif that kinda shows what i’m trying to achieve with this NPC and his torch :

Another example is this NPC Sword trail from DeadCells: 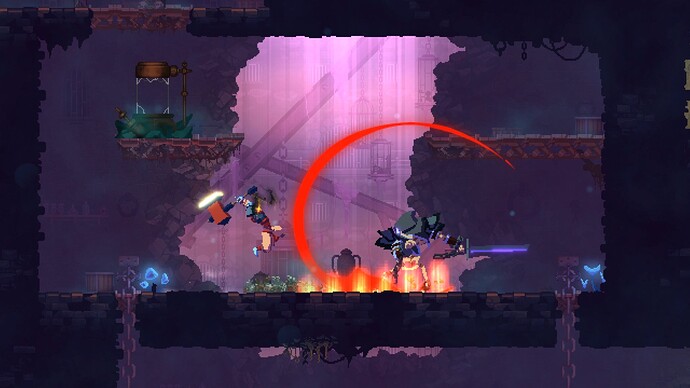