One of the reasons I’ve started to learn how to design build games was some very fond memories of playing games when I was a small child.

The first game I played came with the TRS-80 was a rather simple game called “Dino Wars” a game which involved two dinosaurs doing battle. I remember the sound that game used to make was deafening. I also recall that your were able to just simply run away from the other player, the dino character would eventually disappear off into the distance, and would just be a pixel on the screen. The roaring sound would eventually get softer has he moved away. I guess this must have been high tech back then.

Not a game you could play for very long, but it is the earliest I can recall.

The next one which I used to play with my brother till make hands were sore from using the joystick was Buzzard Bait. I loved that game with a passion. I later discovered this was a “Joust” clone, not even the original. Never got past level 10 to my dismay. Those pesky Pterodactyls kept knocking me off.

When we got a PC I moved on to all the Sierra classics like Kings Quest and Space Quest.

I’m curious to know what were the earliest games other people in the community started with?

My first games were Super Mario 64 and Pokemon Gold

On the Pc my first “real” game was Battlefield 2.

Edit: I just realised how old I really am.

I think my first games were “Army Moves” and “Commando” (the O,P,Q,A,Space days…), on PC Prince of Persia (the first in 2d). 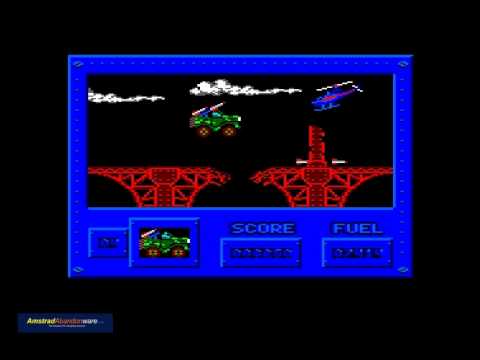 My earliest memories are commander keen, captain comic, wolfenstein and Alex kid on the master system… Was such a magical time for a kid.

Robotrek on the NES is the first game I can remember playing! Great mechanics, terrible story, and I still enjoy it to this day.

Edit: I just realised how old I really am.

A 128k +2! Man those things are expensive now, Looks like it’s been taken care of quite well!

EDIT: Looks like the reverse key is stuck or broken.

Well its not as bad as my +3… The whole cassete tape recorder broke.

And many other countless games. These are not all my favorite games… But they are amazing nontheless. When I entered my Teen years, I got a hold of Looking Glass games… Now those are some amazing times!

My earliest gaming memory is editing config.sys and autoexec.bat

i can remember playing killer instinct on my snes, but did not get into wanting to attempt to make games until my gamecube (i took it apart to see how to make games, oh how naive i was) R.I.P GameCube

pong / frogger on the atari

then I got into the Nintendo stuff, SNES, Genisys, PS1, PS2, PS3 (until they nerfed the OS changes and then made my entire video library unwatchable 2 weeks after I bought it and a 42" uber-TV to watch it with). At least, that’s my console days.

TMNT, Commander Keen, made a few games in basic + qbasic. Got out of PC gaming until Diablo II. From there I moved to DAOC (I was in the top 3 of shadowblades world-wide, yay?)… EQ2 (best berserker tank on server… i need a life)… then got into Tera for a little bit. Of course, between and included in these where a handful of single player games.

Now I’m trying to build a game where people would want to live in, not just play in.

Earliest gaming memories? Pokémon Blue back in what… 2000? Then came UT99 in 2002 and I’ve been in this community ever since.

I remember having an old gaming console that played pong, tennis, hockey and had a practice option.

Truth: To this day I have not played or touched any Playstation/Xbox/Wii. Strictly a PC gamer

My first couple gaming memories were trying to look through the manual for Tetris and Wolfenstein 3D on floppy disk to get the 24th word on page 15 or whatever to install it (Gotta love that old DRM).