with a simple box collision ground on a moving crane and how slowly it updates during play.
Have changed many settings with getting an acceptable speed.
Where can I learn more, what should I do?
The geometry is static mesh only the ground plate is a collision object.

Any suggestions on what to do to reach target on red dynamic navMesh, please? 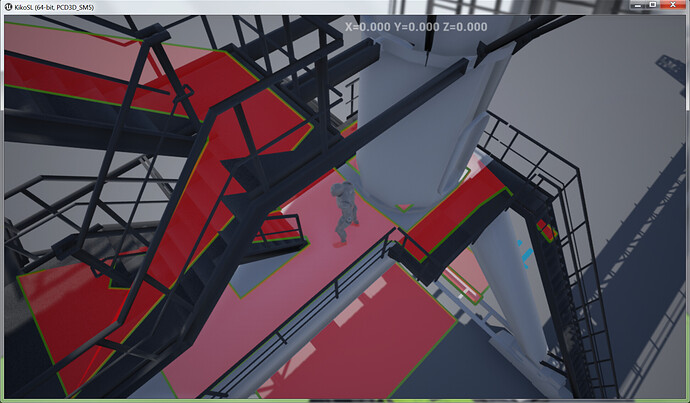 I was recently reading another thread here regarding similar situation. Though I can’t give you specifics on your project, the answer to the other one (he too was using a large staircase like you) was to create your own custom collisions for the stairs. Dunno if this helps you or not but good luck.

Here is my collision simplified geometry. I have shared the project file with the UE staff. Hope helps figuring out the reason: 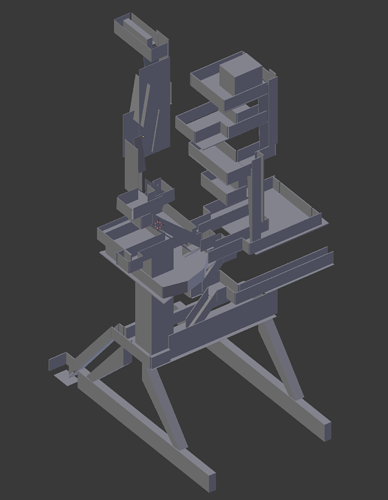 After doing some digging on this issue I found that the navigation mesh will not work on a moving platform. This has however been suggested to the developers and it is under consideration. I was able to come up with a workaround that may be applicable depending on your needs. I hope that this information helps.

This workaround involves moving everything else so as to give the impression of movement. This would mean that the nav mesh would no longer need to update.

I can’t use this trick, because the crane travels, the pylon slews, the boom goes up and down and the vertical leg kicks in and out: all those components have walking platforms and the AI has to reach them in all positions. Sad - means the project failed before it is born and have to wait till this feature is implemented :’(
Controls for operating are: 1,2,3,4,5,etc.

Many thanks!
Getting around objects on this machine will be a challenge over my caps: I found a scenario where one play level will be on a static navMesh and the other one without any navigation at all.
Still hope the feature shall be implemented for more exciting scenarios

With a bit of work and trickery you could use the existing movement controls in the third person template along with a grid of path nodes to “reinvent the wheel” so to speak. I have a working example that I have provided below.

In this example I have placed nodes all over my Third person template and I am using get all actors of class to generate an array of their locations. From there I am using the “Add Movement Input” node (This is the node that handles forward movement in the third person template by default) to move in the direction of a random node.

You will still need to come up with your own logic as to how it your AI chooses what nodes it needs to get around objects. However, this should be able to get you started.