I’m new to Unreal engine or any game engine and was wondering if their was any actual tutorial on how to make a dynamic combat system from action RPG’S such as dark souls. I’ve seen a lot of videos showing it off but no videos showing you how you make it and I don’t really want to spend £50 on the marketplace for one. If anyone can help it would be appreciated.

Videos of what i mean: 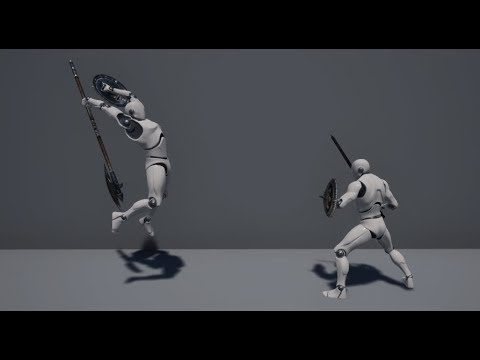 I’m new here too and I have the same doubts as yours.

“Dynamic” combat system doesn’t mean anything. It’s all about the feel.

You can literally find any combat system online and learn from that. Once you’ve got a good idea on how things work you can tweak it to be more like dark souls. Setting the pacing of attacks, making them cost stamina, tweaking the AI, etc.

The first video is misleading, because while it’s the very first boss from the game, it’s actually just a normal every day combat system. It only looks that good because of the really well done animations and music. But otherwise it’s just a basic combat system.