Does MRTK - Unreal have any features for VR? (Quest/Quest2)

I’m developing on Unreal Engine 4 and am thinking about using MRTK - Unreal. I’ve been looking at the plugin but it only has HoloLens support. Was wondering if anyone has any experience with MRTK - Unreal and worked with VR rather than AR. I saw the demonstration for MRTK - Unity in VR( Quest / Quest 2 ) and it looked amazing so was hoping to have anything from MRTK - Unreal.

This post should’ve really been answered by now, in the least by the epic team. It’s more
Important than it seems. I see why you want MRTK for VR. Since it works with MR and AR if you get it to work for VR in Unreal you’d have a highly robust multi platform UI system (assuming it works with Open XR when used with VR in Unreal)

I am wondering the same thing. There’s so many Unity tutorials out there for making MRTK work for Quest 2 but no Unreal ones?

I think the real reason for that is there isn’t a lot for people to go on for this issue.

All I know is MRTK supports Quest 2 as well as Open XR so maybe you can get Open XR to work with with MRTK in Unreal with Quest 2?

In theory since Open XR is compatible with MRTK you should be able to use MRTK on top of open XR, on the flip side I also know MRTK works with Quest 2 without Open XR because it did before Open XR support for Quest 2 was as good as it is now.

I’ve seen a video of somebody getting Open XR hand tracking to work with Quest 2 and that I think is probably the first piece to your puzzle. It is imperative you get Open XR and Unreal to play with MRTK so that you can port your UI system to other Open XR devices. This is possible in theory as long as the other devices you use in the future are also Open XR compatible. 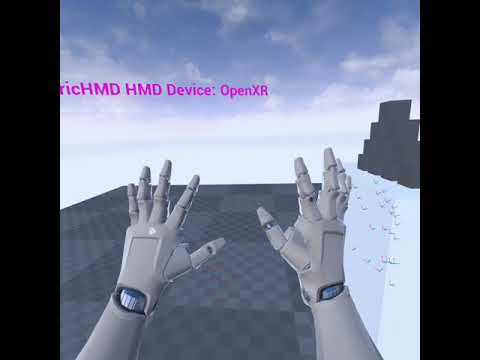 So when I saw this I figured if the person who made it considered it. Maybe they could’ve also added MRTK on top, but that’s as much as I know about the feasibility of it in Unreal.

Regardless if it doesn’t work with MRTK and Open XR on Quest 2 in Unreal it really should because Oculus is deprecating it’s SDK FOR OPEN XR!! Plus MRTK on top of Open XR works
In Unity for a Oculus soooooo, I mean it should work similarly in Unreal.

Unreal is amazing I just think not enough people have considered how useful MRTK is as a multi platform system In Unreal Yet.