Does Foliage static meshes support "Use Emissive for Static Lighting"? If no, what are workarounds?

I’ve seen some threads from 2018/2019, but all of them were dead ends. I wanted to be sure it’s unchanged status and whether there are possible workarounds. Perhaps Foliage painting with blueprint actors with static meshes? How would it make performance worse, except each painted BP actor having separate draw call?

what is the use case?
What I mean is, does the emissive modify the ambient light or what?

as far as to how using a BP or mesh could be worse. It’s worse.
mostly because of the way the foliage system manages culling and instancing.
Even HISMs don’t perform quite as well (particularly with frustrum culling)
Plus compared to the procedural tool or the foliage brushes having to place hism instances randomly like foliage is a pain.

Back to the issue at hand.
If you need an item like a fire to be emissive and light the environment you pay the cost no matter what.
And the cost is higher then just 1 draw call, because of the surroundings having to change.

if it does not affect other surfaces, then the cost is trivial - it would be the same as increasing the brightness of the base color channels past 1.

That said, with being able to paint blueptint instances through the landscape tools i have used this before to paint in light posts and torches that have dedicated point or spot lights to them with interface calls to manage them.
They cost, just the same as if you palced each bp in independently. The only reason for using the foliage tool on them is practicality.

Also, was curious so I did a quick test.
Surrounding meshes aren’t affected by the default emissive material. 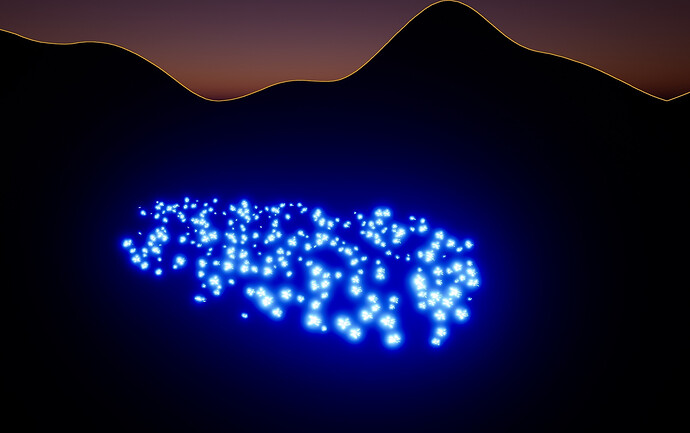 emissivefoliage.jpg1955×1228 193 KB
The halos are present but they do not shade the landscape.

Performance wise, at 4k it’s not bad at all. 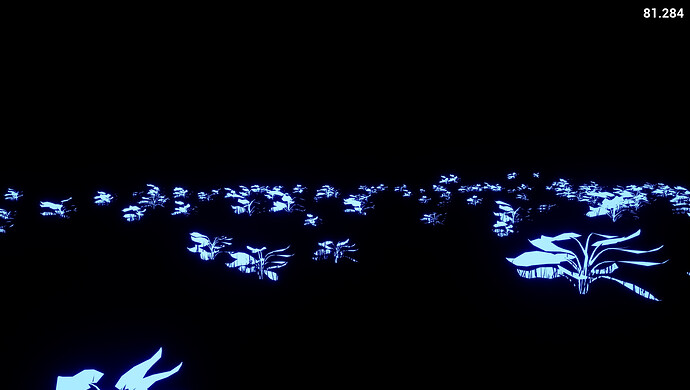 Yeah, enabling “Use Emissive for Static Lighting” would make these meshes with emissive materials light up surrounding, not just themselves. I wanted my painted water lanterns to shade surroundings and contribute to volumetric lightmaps for volumetric fog effects around clusters of lanterns. Without it, they’re just glowing dots pretty much.

My example scene with lanterns: 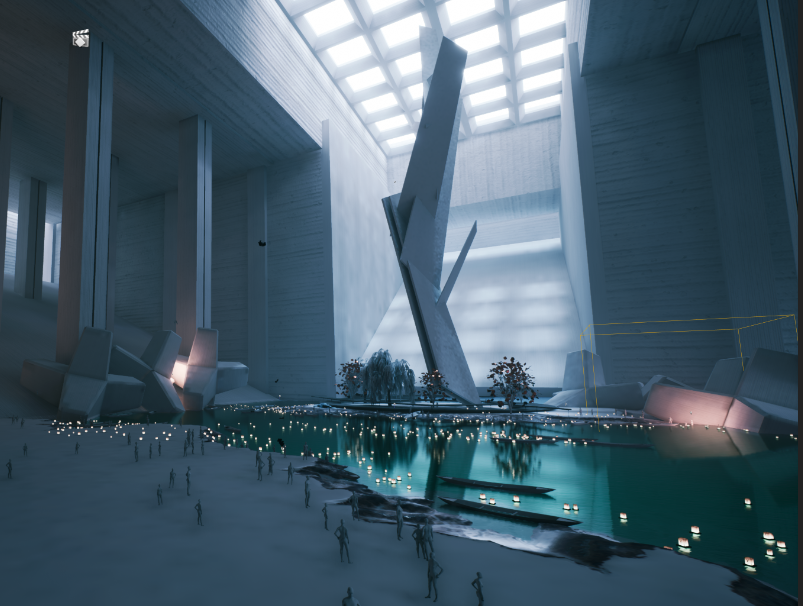 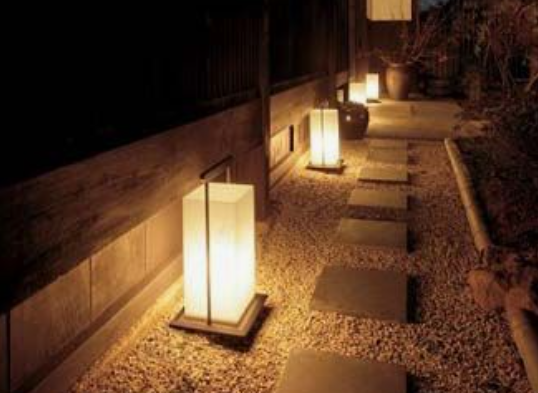 There’s a lot of them so you would have to carefully place them, but if that’s the effect you need a BP with point light is definitely a better way to go IMHO.
Particularly if you bake the lighting…

OR, potentially you could try Niagara particle effects?

Indeed, that’s a lot of them, but it’s not a game, more like a cinematic/tech demo, so technical constraints aren’t that harsh

I’ll try with painting BP’s with either point light or enabled emissive (if it’s possible). I haven’t thought about Niagara, sounds like a interesting tip, will check. Thanks!