Hey all, having an odd experience that I can’t seem to figure out (most likely due to me being a beginner…). I have a level that has DFGI set up having built a promoted branch for the purpose of testing out DFGI. In-editor everything is starting to shape up pretty nicely in terms of lighting (DFAO etc.), but when I press “Play” there seems to be no DF ambient occlusion, have tried console commands + mucked about with all the settings I could think of to no avail. Here’s a couple of screenshots displaying the difference in between “in-editor” & “play”: 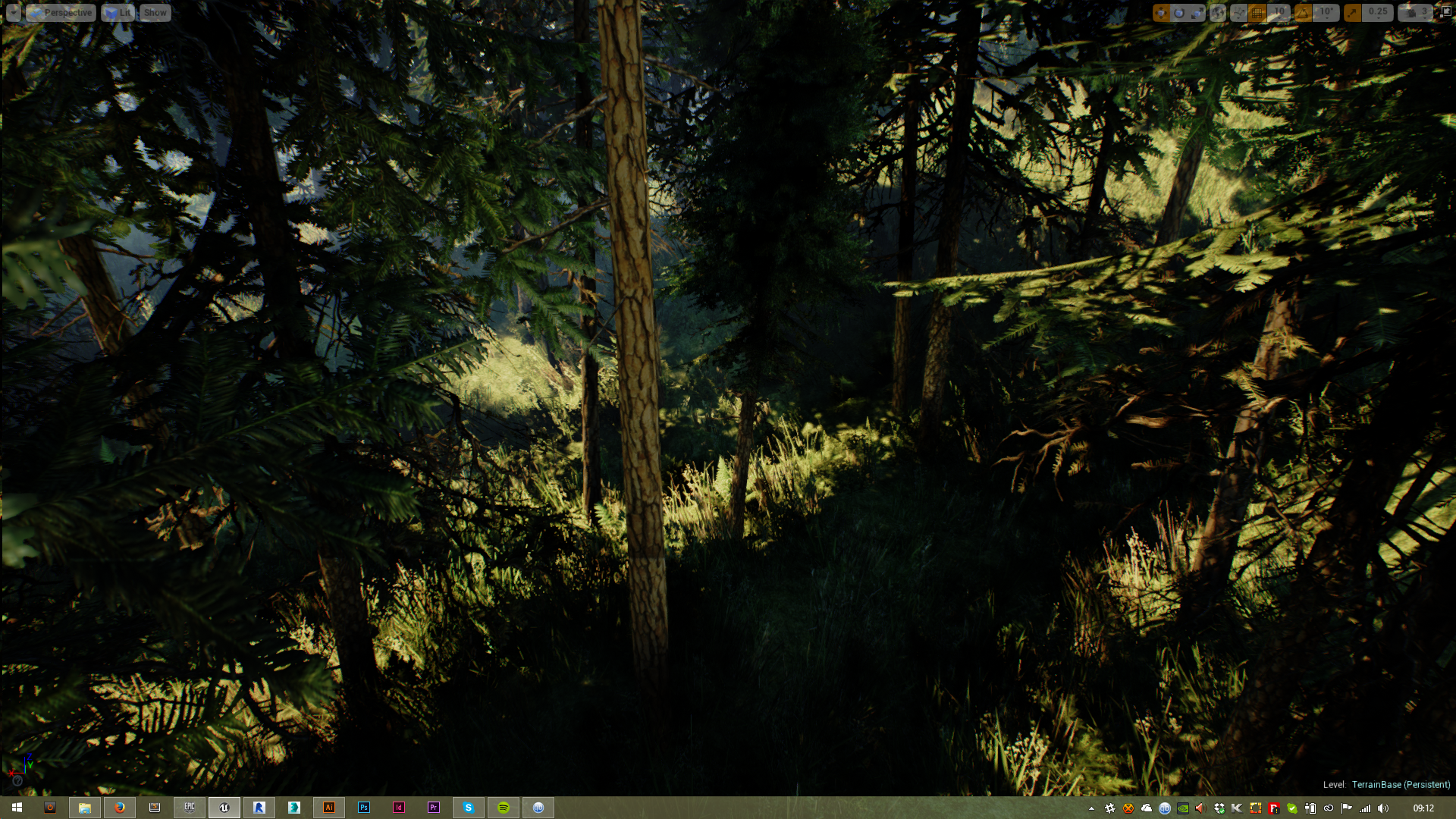 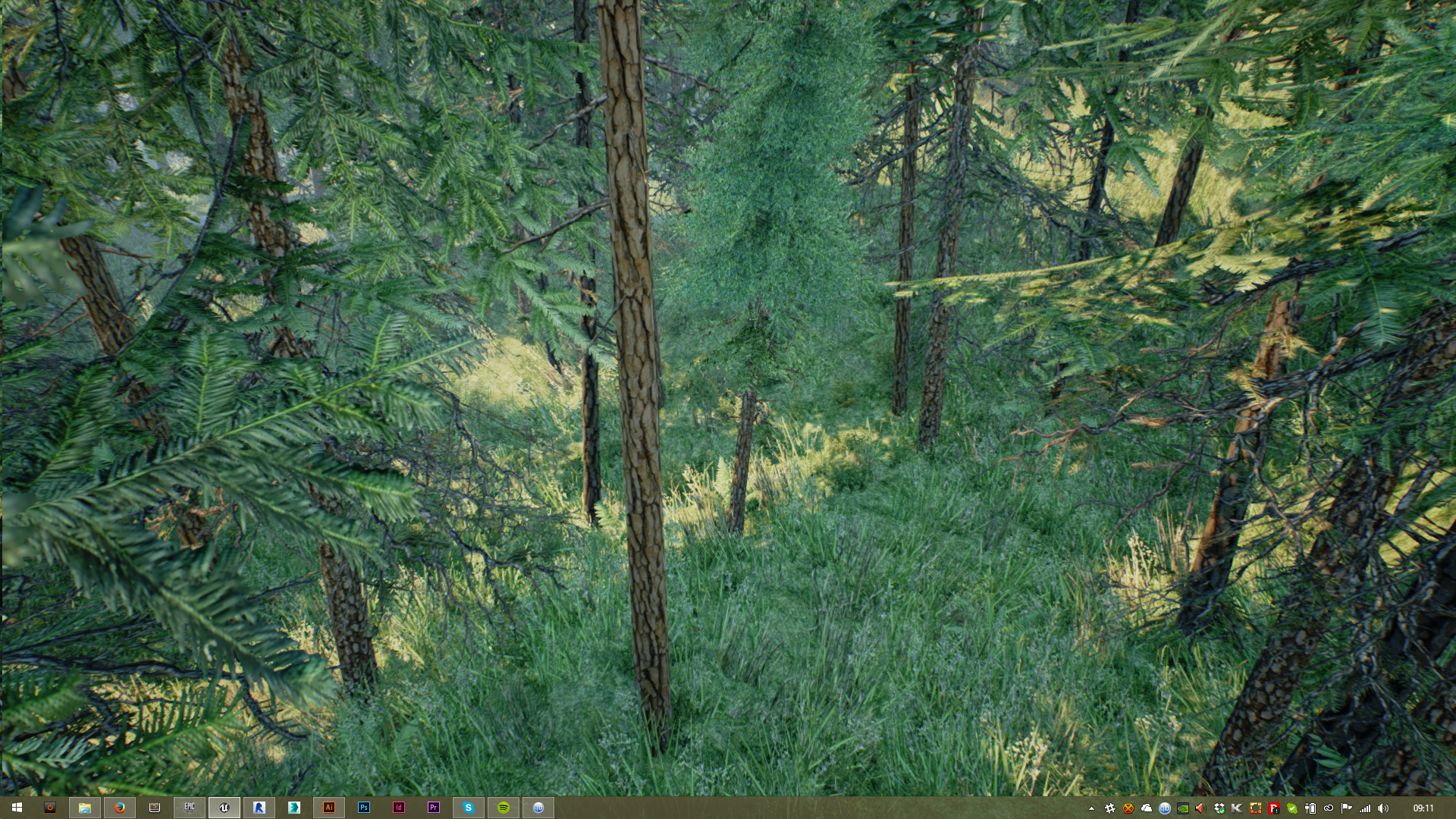 Anyone have an idea what could be causing the issue? In advance thanks!

edit: I should note there is a noticeable fps gain when in “play”, so this doesn’t appear to be an exposure adjustment problem.
edit 2: update as follows:

update: No closer to a solution yet, but I’ve found that it seems that the error/issue is related to the foliage tool. Meshes placed manually are lit/shadowed just fine, whilst the same meshes placed with foliage tool aren’t (and I’ve ticked off all thinkable varations of options inside foliage tool related to lighting & DF). Here’s an image showing the difference between manually placed (right) and foliage tool (left):

The issue also appears to occur across projects.

I’m seeing the same thing here with the latest revision. Thanks so much for reporting this, it could have easily slipped into the upcoming 4.8 otherwise. I’ll make sure it gets fixed.

Great! Look forward to having it fixed!

Hooray! Thanks ever so much!!! You’ve saved my thesis biscuits! (was facing having to shift my architecture-movie thesis project over to vxgi…)