Hi everyone,
i currently made the switch from 4.8 to 4.9 and ran into some troubles with distance field GI and raytraced shadows (the shadow problem is the reason i switched to 4.9 since i thought it might be fixed there)

i Know that DFGI isn’t ready yet but maybe i just have to change some variables in the config or something? seems rather odd how it changed: 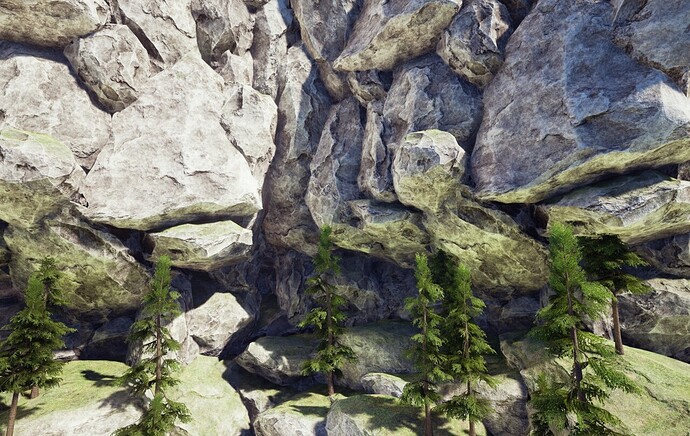 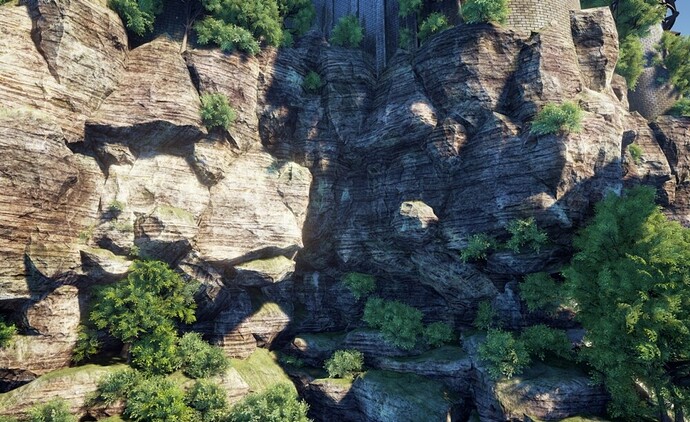 The rock meshes haven’t changed in any way, increasing the distance field resolution scale has no effect either.

The problem i have with the raytraced shadows is that they are flickering like crazy and often don’t show up at all, it seems to be dependant on my viewing direction:

This problem appeared after i updated my AMD drivers (280x) to the newest version (15.7), i am not sure which version i ran before

any help would be much appreciated, have a nice day

On the RTDF shadow flickering, that is a bug with AMD drivers and unfortunately we have not been able to find a workaround. AMD is working on a driver with the fix though.

On the DFGI regression, does it work correctly with ‘r.aousesurfacecache 1’? That switches back to the old (slow) DFAO method.

Sadly DFGI is no longer being developed, even though it didn’t fully work in the first place.

Sadly DFGI is no longer being developed, even though it didn’t fully work in the first place.

That was just a temp thing though while you guys focus on other areas amiright? (Don’t bank on that folks)