Hi i am posting here for the first time, I hope I’m in the correct place.

I am trying to get my diffuse material to look correct at all angles, this is the effect that I am after https://live.staticflickr.com/65535/50583842247_3a2bcf631a_k.jpgHighresScreenshot00006 by Ian Simpson, on Flickr

What i am looking for is a material that difuses the lights and objects behind it and is affected itself by the lights behind it. https://live.staticflickr.com/65535/50582984053_205206a631_k.jpgHighresScreenshot00009 by Ian Simpson, on Flickr

I am very unknowledgeable as far as unreal is concerned but I would appreciate any help you could give me.

You might be able to get it this effect with subsurface scattering (or two sided foliage, if they repair the opacity slot for it), if you blur that “Grid” texture manually and bring it into unreal. Or if it is an actual mesh, then you can test, how it´s shadow affects subsurface materials.

I don´t have the old Ent, but i tested it with the Ent-D, and it can look quite good. Colors then depend on the main color for the surface, but even more on the subsurface color (the shining through color), and the light color, from the lights, that shine from behind.
Subsurface and twosided foliage are pretty similar, so test, which one is less buggy at the moment ^.^

That raytracing quality switch is just there, to make those subsurface materials visible in raytraced reflections, because until now, subsurface and twosided foliage results won´t be reflected by raytracing. But it turns out, you can trick it with this switch to reflect something different than what the camera sees. The camera sees, what you actually see on screen, the result of subsurface scattering effects and lights and color etc., while the reflection rays hit that linked red color only (could have linked the color with the opacity texture mix, but the hull isn´t shiny, so doesn´t matter). You just have to manually match it with the light intensity etc., so that their reflections look fitting. 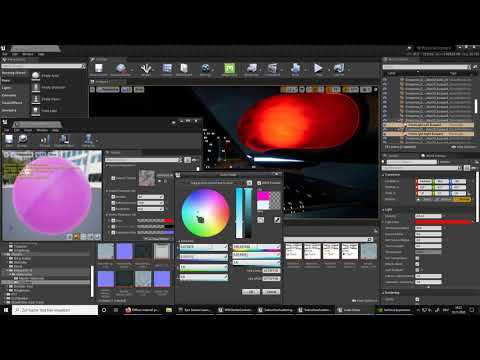 Thanks for that, and a nice model too.

That is a different approach to the way I was trying to do it. As you probably know there is 5 static amber lights and 5 sequence flashing lights on the original Ent, then I have simulated the rotating “blades” with a Rotating alpha. So the tricky materials are applied to the outer dome. Your material here doesn’t look like a transparent material so I’m a bit confused (doesn’t take much lo.) I’ll have a look at testing this tomorrow. Thanks Again for your reply.

Your material here doesn’t look like a transparent material so I’m a bit confused (doesn’t take much lo.) I’ll have a look at testing this tomorrow. Thanks Again for your reply.

Well, subsurface scattering is more for materials like wax, skin, jade or other semitransparent materials, which scatter the incoming light a lot, and are not that much transparent. But since most Bussard Collectors come with pretty diffuse domes, you might try the subsurface route instead, since unfortunately, there is no really good way to create good looking blurry glass (i wish, there would be, but most rely on post process blurring, which is not helpful in some cases, or buggy, or otherwise troublesome).

And as you saw, you can manipulate it with the opacity texture, to define, where it should be more transparent, and where more light should be blocked.

Maybe i try your bussard collector at the weekend, and see, how it works out. I just have recently discovered this raytracing quality switch, which solves that darn reflection problem ^.^ And subsurface scattering started working in raytracing too just recently, before that it was… buggy as hell. If you don´t use raytracing, then it should come with way less problems

Hi I have just applied your material and it looks super promising (Thanks again) I just have to work out whether or not to use the extra dome in the middle for the blades or incorporate them into the ray trace material into the opacity option and then perhaps use my original mat on the outside dome, though I think that would be expensive. I will post some pics when I’m done. I still need to find out the coloured light flash sequence, any ideas where I might get this info?

I just have to work out whether or not to use the extra dome in the middle for the blades or incorporate them into the ray trace material into the opacity option and then perhaps use my original mat on the outside dome, though I think that would be expensive.

I guess, this is something, only a side by side comparsion could tell us. Personally, i have the feeling, that including it into the raytracing material might be easier, otherwise the blade mesh would have to cast shadows onto the dome insides, and that would mean, that, in order to get the correct look, all lightbulbs would have to cast shadows -> 10 lightbubs per dome/bussard collector casting shadows onto that bladed mesh vs. one integrated opacity texture and no shadowcasting required for the small lights? Of course, if it´s for an animation, and not a game, the extra mile might be worth it.
In my scene, those lights do not cast shadows, but thats more, because it was still buggy ^.^ So it might be working better and more accurate in 4.26, cuz they worked on subsurface scattering for raytracing.

I still need to find out the coloured light flash sequence, any ideas where I might get this info?

Well, as far as i could find out, the colored lights most likely flashing randomly, they might be called christmas lights for a reason ^.^. so i would say, you can either go with them flashing randomly, or take any christmas light and take their sequence.
There is also the difference between the show and f.e. the restored model at the Smithsonian National Air and Space Museum, that have differences. In the show, the blades seem to turn pretty fast, while on the restored model, they seem to turn slower.

Also, there are mirrors in there, those propeller looking thing at the center of the light bulb plate (and i have no clue, if it roates with the inner dome or if its stationary), and the plate itself is also pretty reflective. 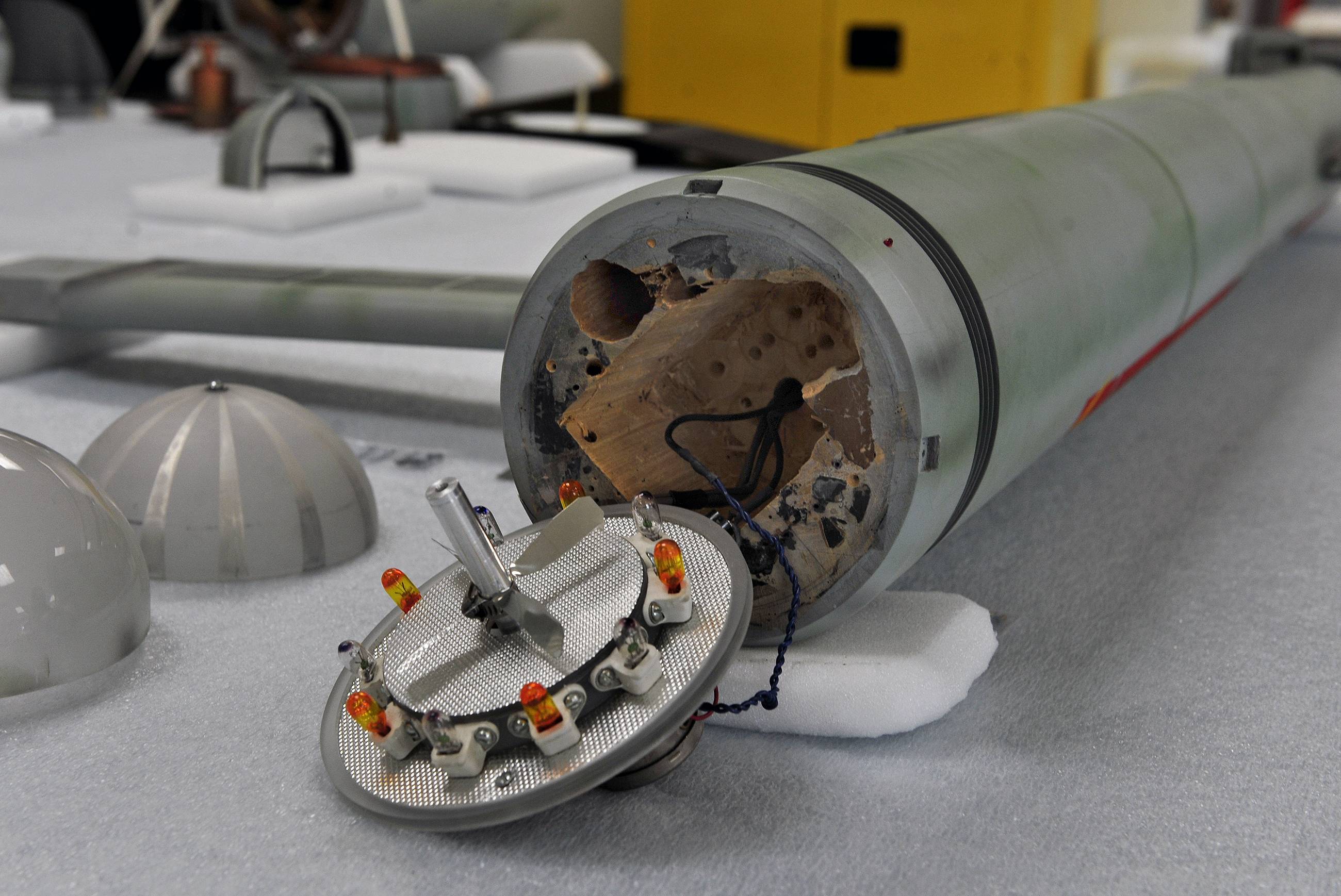 Thanks for this. I have seen those Smithsonian shots, I would love to go and see the model but I’m in the Uk so bit far for me to make the pilgrimage. I have incorporated the blades into the Ray tracing mat, and put a slightly blurring mat over the top I am very pleased with the results and thanks again. I am looking for a better way to “programme” the coloured light sequence, at the moment I’m using a type of barcode jpg, a single vertical white line against a black background created in photoshop each light has the line in a slightly different position to the right ,then using the panner function to scroll from left to right then that is plugged into the emissive function it works but a pain to set up. I have noticed that some lights on the Smithsonian model come on together I’m not sure if its random but I don’t know of any random generator in Unreal. Do you know of other way of making lights flash I get the feeling it can be done more easily. I will post some pic of the Enterprise and thanks again. I have a video posted on youtube if you want to check it out https://www.youtube.com/watch?v=az-38XCo-g8&feature=youtu.be

I am not familiar with random generators or any stuff like that, but a first google search showed this, a random pattern, that however is repeatable. It should be possible to link something like this to the lights to turn them on and off in a random looking pattern, which still should be repeatable. 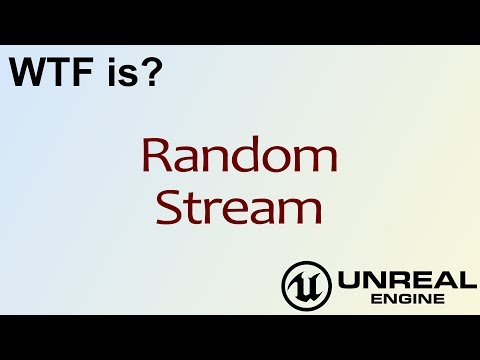 Or maybe someone here know, how to set up christmas lights for a christmas tree ^.^ Because that would be, what you are looking for.

You also could start here:

An example use of a timeline in which we set up a fading light that also changes color.