DICETINY: The Lord of the Dice, a mutant baby of CCG, Tabletop, and RPG

I want to share with you guys a game me and my folks are working on. It’s called DICETINY: The Lord of the Dice. (As you can tell from the name, there will be a lot of parodies. Our goal is to become like “The Scary Movies” of gaming =D)
It’s a card-collectible, tabletop, and role-playing mash-up currently available on Steam Early Access: DICETINY: The Lord of the Dice on Steam We’re aiming for the Q2 of 2016 for official launch. For more information, you can visit our website.

The story goes like this. ( I will keep it short because we keep changing it. =)) “Long time ago, ancient kings found a divine board, and they were given dice created by gods known as DICETINY. Three to the Elves, seven to the Dwarves, and nine to the Humans. They coexisted in peace, but one day a rumor began to spread that there was one die that ruled them all. Wars raged, and thousands of lives were lost before peace was restored. Thousand of years passed, and the existence of DICETINY were forgotten from the creatures. However, two great wise men found two DICETINY, and the dark side of DICETINY corrupted one of them. He began to call himself “Dead Serious” and his evil mind began to threaten the world peace. The other wise man believes that only the ONE DIE that rules the rest can save the world from him, so goes on a journey. He arrives in a village and so the story begins…”

Its card mechanic works similar to Hearthstone but the board, and its spaces, some of which have random events give the gameplay more variety. You move by throwing the dice, and you can summon minions or use your spell cards. The main game mode will be 1 vs 1 PvP, but it will also have a campaign mode as well as a raid mode. Here are some of its screenshots. 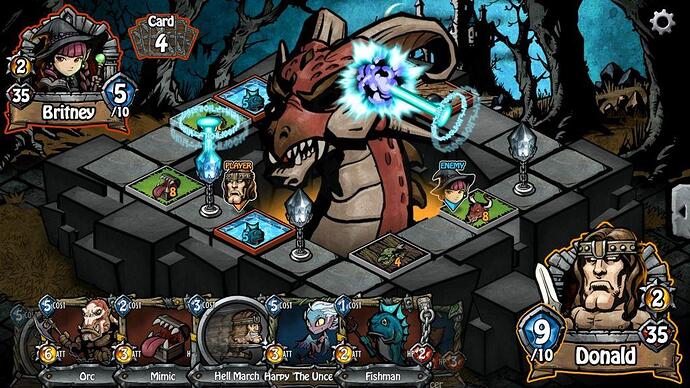 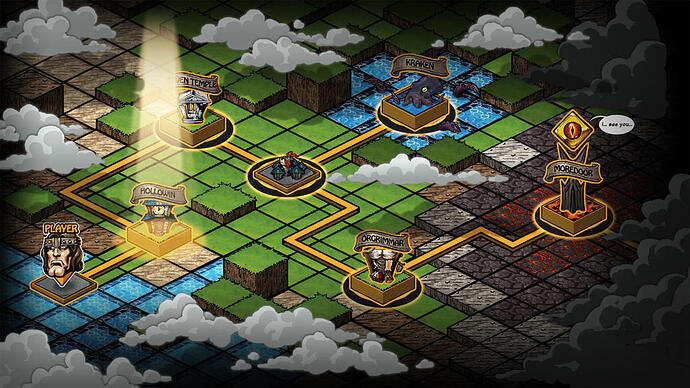 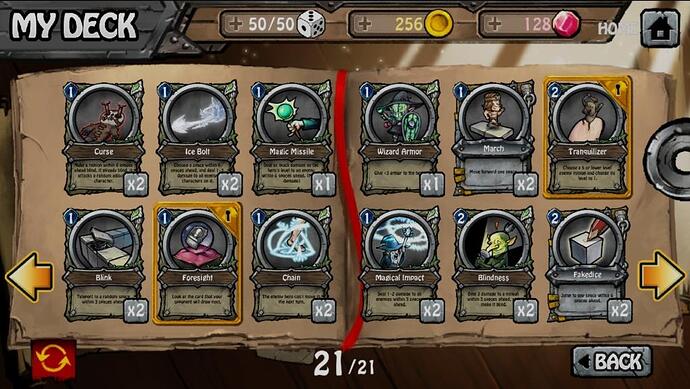 [video]DICETINY: The Lord of the Dice - Taunt & Range (Work-in-Progress) - YouTube

I’m surprised you’re not working on a PC version; a game like this normally goes down a treat.

Well it’s a long story… We’re definitely considering releasing it on pc in the future though, but will depend on our then situation.

This looks really nice, looking forward to playing it

This looks really nice, looking forward to playing it

Thanks for dropping by! XD

Today we did a prototyping test in which we tried two dice, neutral minions, and quests. The result was pretty good.

This video shows some of the stuff we’ve been working on. 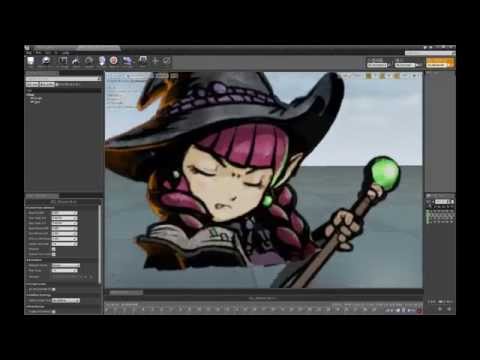 Cool, just need up watching the trailer all the way though again, so love the way this looks, more info!

Cool, just need up watching the trailer all the way though again, so love the way this looks, more info!

Thanks! I will keep you posted here. =)

So after that physical playtesting, we added Shops, Quests, Townhouse, and Holy Fountain on the board. I think they fit quite nicely to the board. =) In shops, you can buy spell cards/minions, in Quests, you can get random quests after completely which, you get gold or even win the whole game. Townhouse is like the beginning space, and lastly on Holy Fountain, you can heal your HP once if you pay gold.

Something up with the pic I’m afraid

Something up with the pic I’m afraid

We’re working on implementing the Shop which when you reach, you get greeted by this seemingly friendly looking old man (who will probably turn out to be greedy, and money grabbing once you get to know him better). You have a choice to buy, with your gold, one of the three minion/spell cards he offers, or you can just pass. So this will require some strategic thinking on how you manage your gold. Btw, these cards are just for temporary use so they’re not actually Death Knight, lol 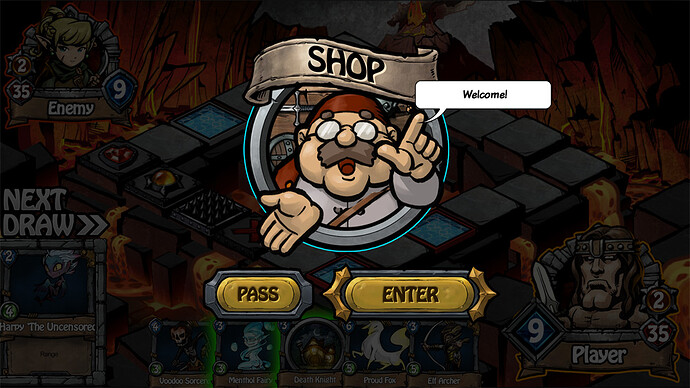 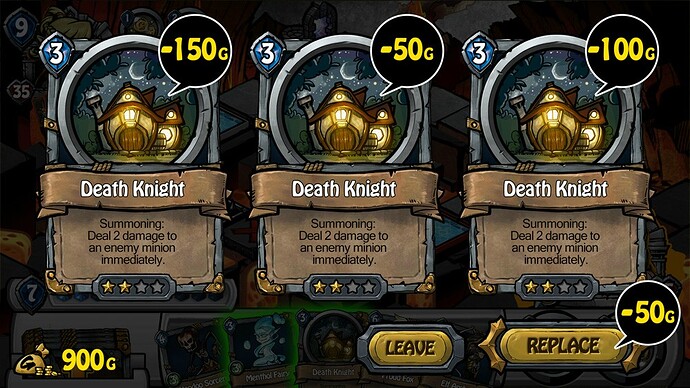 Kinda reminds me of this Xbox game I played a few years ago… but who’s name is currently escaping me. It was like a board game pvp hybrid thing. Going to drive me nuts now!

Kinda reminds me of this Xbox game I played a few years ago… but who’s name is currently escaping me. It was like a board game pvp hybrid thing. Going to drive me nuts now!

Let me guess…Culdcept? because we get that a lot =)