DerivedDataCache is too slow when accessing

However, while the issue does seem to have been resolved by the hotfix, I became unable to cook the project.

The process doesn’t fail, but I get the following warning

about 3-4 times(with speed values varying from 0.01MB/s up to 0.06Mb/s) and the process gets stuck there for all eternity. (Well, the longest I waited for was about 2 hours, but close enough).

Any ideas as to what could be causing the slow down? or how should I go about improving the accessing speed?

I would really appreciate any advice on how to get the cooking process unstuck.

I have the same issue any ideas? 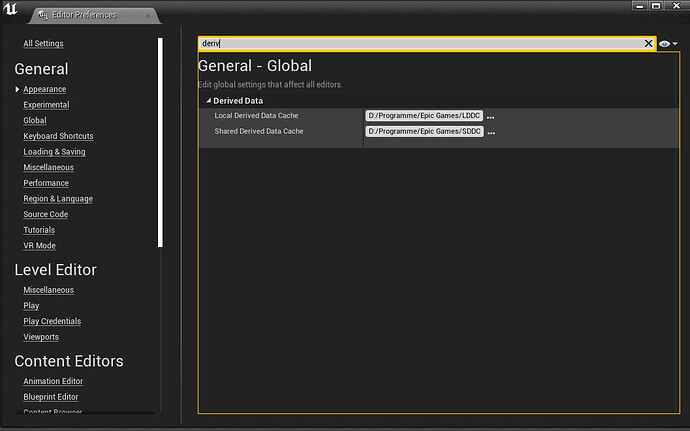