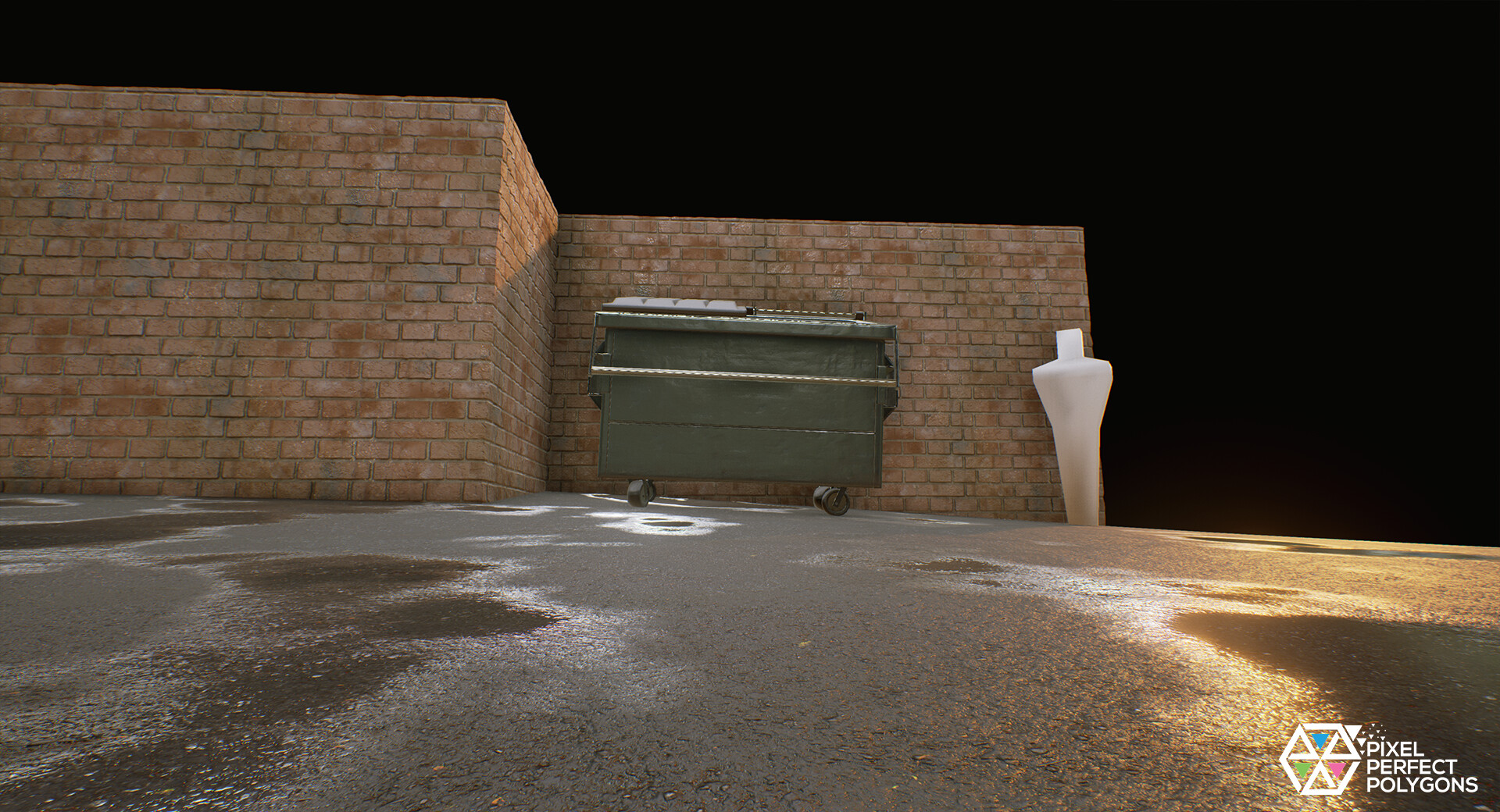 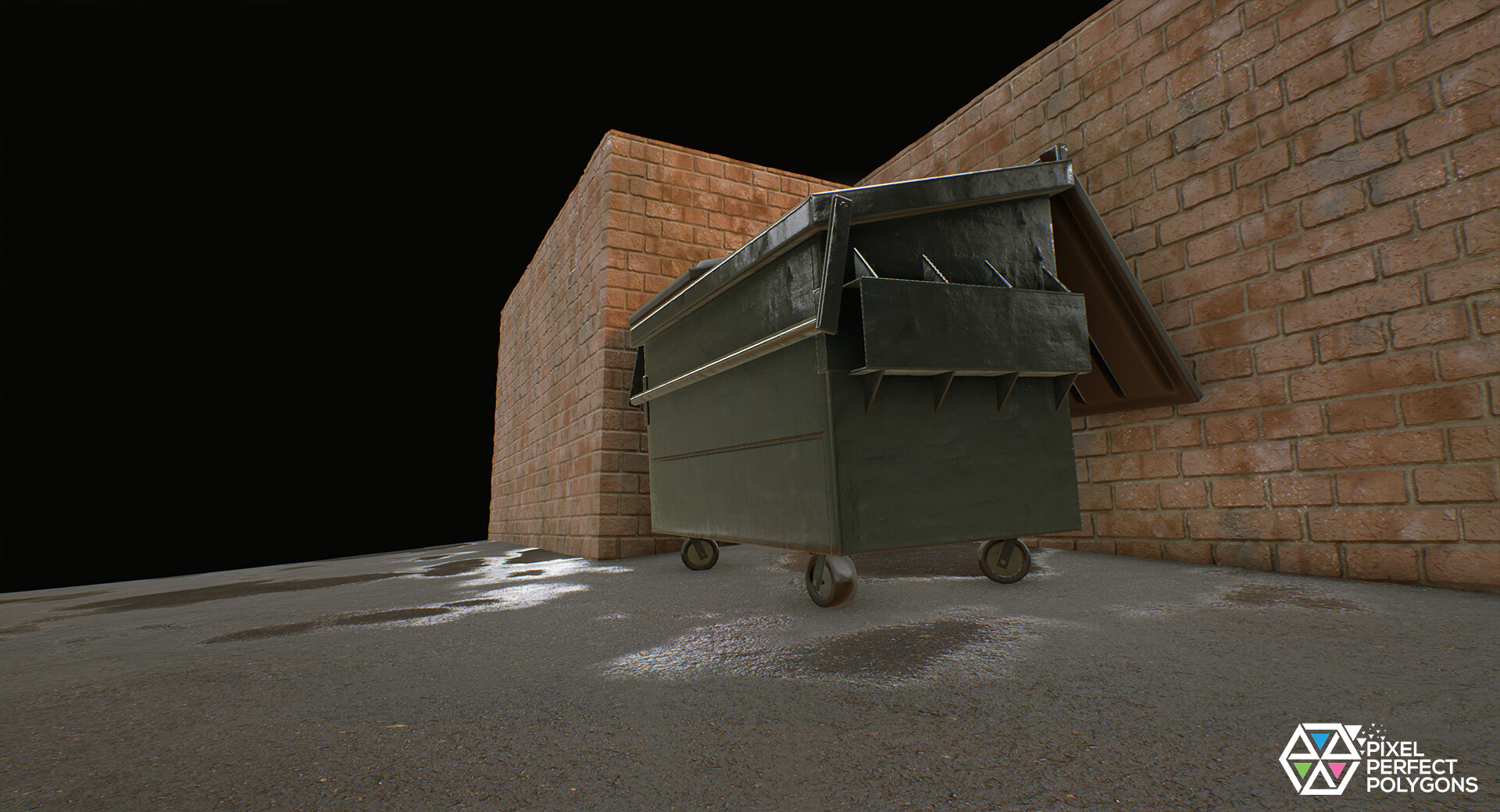 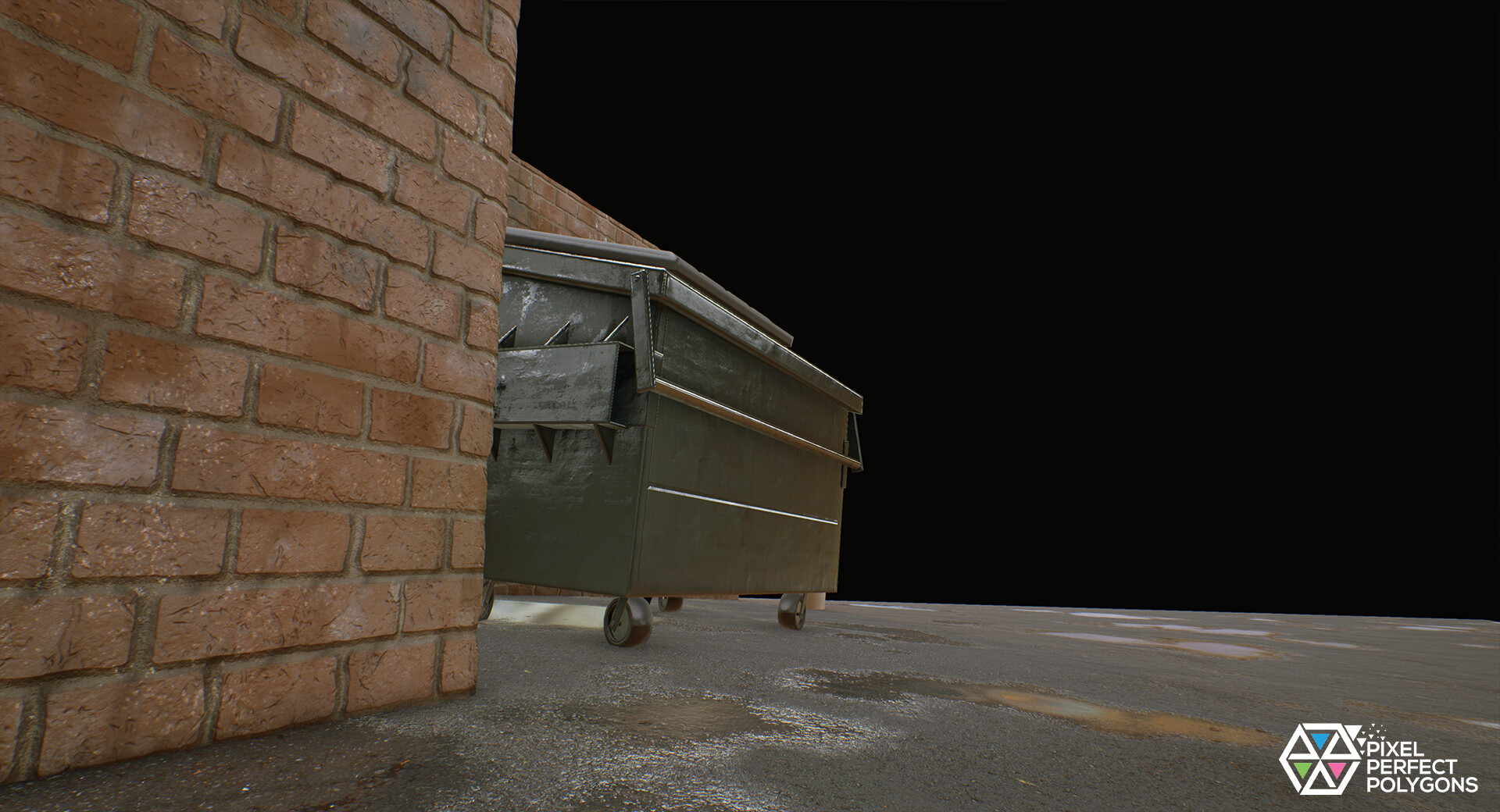 The renders above are of a set piece I made to display the debris (still WIP).

I want to gauge the interest level for a debris pack before I dive into making one. This will include anything from dumpster bins to old water bottles to soda cans to beer bottles and is largely inspired by some of the debris you see in games like The Division. Here is a list of assets I have worked up so far.

The way in which I’ll be handling this is I’ll be making a baseline asset pack and then I’ll put it up on gumroad as a sort of beta to work out any issues the pack may have (it’s been a nightmare trying to update my previous pack on the unreal marketplace). You’re free to purchase it there or wait for the final unreal marketplace version. Either way you’ll have free updates once you do buy it. That said it will be at it’s lowest price when it goes up first on gumroad. It will climb reasonably as I continue adding things.

Feel free to suggest any additional things I should include in this pack and I’ll take note of it.

I would also like to know what you guys would consider a fair price for this to be.

I would buy this for $10 - $15, another note if you didn’t think of this already is having the option of having some of the lighter pieces of trash fly around, and be able to slide off the character if it came in contact with it.

That’s a fantastic idea Trisoft! I’ll definitely be adding that to the list.

Thanks for the input for the price as well.

I would buy this for $10 - $15, another note if you didn’t think of this already is having the option of having some of the lighter pieces of trash fly around, and be able to slide off the character if it came in contact with it.

That price range seems nice for what is being offered here.

@HeadClot - Thanks for the input!

I got some crits and advice from some artist friends and made changes to the set piece. Made some significant lighting and material changes to the set piece. Modeled and textured a dumpster. Textures and materials are very WIP. I’m working on making a blueprint for it to make both lids, handle, and wheels rotate independently from each other after placing the object in the scene. It should allow for some crazy variation for each dumpster placed in a scene. I’ll post a video once I get it working to show how it will work.

What I noticed about games like The Division and other games is that whenever there are large piles of (mesh) trash everywhere there is almost certainly a large number of decals placed with them. Have you considered throwing in some debris decals to be used in conjunction with the meshes? Personally I wish there were more decal packs on the market place but this would be an ideal place to start!

I do intend to add decals (right now there’s really only the paper in my list) using UE4 decals or using a mesh plane with a masked material that could then be placed with the foliage tool or potentially a blueprint that randomizes placement.

I started working on the high polys for a water bottle, beer bottle, plastic cup, two wine bottles, and an undamaged soda can. Low poly models are done and baked for those previously posted high poly models. I’m pretty happy with all of them except the beer bottle. I’m going add a few polys for the lip at the top. It just doesn’t look right without it. That said the way I’m handling these assets is I’m going a little high poly on the base LOD and create multiple aggressive LOD’s to optimize the assets. I’m also authoring everything at a pretty high resolution. This should help future proof the pack and also allow for use in very optimized games to use the pack. The materials applied are very wip and are mostly experimenting with ways to handle the reflectivity and colors and potentially transparency for the different assets. Added a decal system today for creating labels on the dumpster (I made the basis for it the other day but decided to wait to show it off until I had a good texture atlas made up). It works by way of using the blueprint I set up to replace and move each decal mesh. You can easily move the decals, replace them with other decals, duplicate the decals, and delete the decals. If you like you can also export the texture atlas and replace the decals and reimport into the engine and it will work fine (as long as the decals are in the same places in the atlas as before that is).

Yay decals! They look a bit too clean? For a dumpster I mean. How about adding some grime, tears, dog eared corners etc.?

I’ll definitely be adding something to tear up the edges and add some grunge and dirt to the decals. I want that functionality to be fully controllable through the material, so it will take some experimenting to get those kinds of effect.

Why 12 pictures from a brick wall if this is a debris pack?

@HausEstate - It’s just the first thing I started working on. I needed to get that looking right before moving on to other assets in the pack in order to have a location to place the individual assets. I did this to develop context and help people visualize where they could potentially use the assets I’m making. When I started the thread is basically when I first started working on the assets, so it would naturally be somewhat limited in scope until the scene starts filling out. I hope that answers your question. If not, feel free to elaborate.

I understand that but why 12 600kb-1mb pictures to show that? Use more time to make a good debris pack, less time to change the lighting in a scene where you put those. You know that we ain’t gonna use your scene anyway if we buy this pack? We use them to fill our own scenes so the main point should be the debris, not 12 heavy images from brickwall.

@HausEstate - You’re absolutely right. I was worried about making a bad impression on this thread with a low quality gallery to showcase my piece. People may not be concerned with it when the pack comes out but I think buyers of this pack would still like to see these assets in their best light before they plunk their hard earned money to buy the pack.

Moreover, the tweaking of lighting was important how the assets would be displayed to potential buyers. I wanted to be sure that flat lighting didn’t hurt the perceivable quality of how good my assets can appear.

Anyway this is all behind us now. I’ve moved onto developing the assets and am retexturing the dumpster with a new workflow I developed. I can’t wait to show it to you guys!

Hey everyone, I made a little video showing how the decals work and showing the blueprint I recently made to make each component of the dumpster have customizable rotation with each instance of the blueprint. 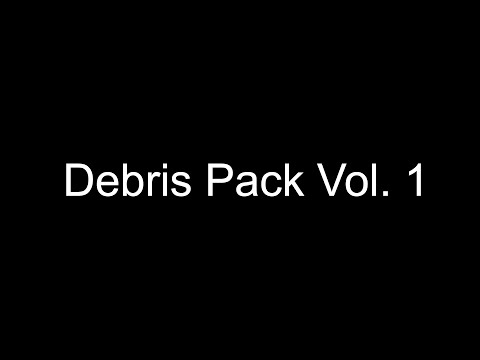 Some textured bottles for you guys.