ABOUT THE PROJECT
We would like to introduce a project we’ve been working on titled DAWN OF THUNDER. It’s an origin story of an African (Yoruba) god of thunder and King called Sango. It’s currently in production as a feature length movie utilising performance capture and real-time rendering. We are also looking to create a video game (and are open to collaborations and partnerships). We chose Unreal engine specifically for this project because of the advanced toolset for Cinematics and the fact that the engine just keeps getting better. The project started out in UE4.2 and we had to migrate over the years to every new iteration. We are currently migrating to UE5 because of the advantages of Nanite, Lumen and a host of other tools that we feel could give the project a major facelift. The video above is the teaser and character reveal of the protagonist which was actually done in UE4.26. We hope to make an announcement here when the movie is ready. 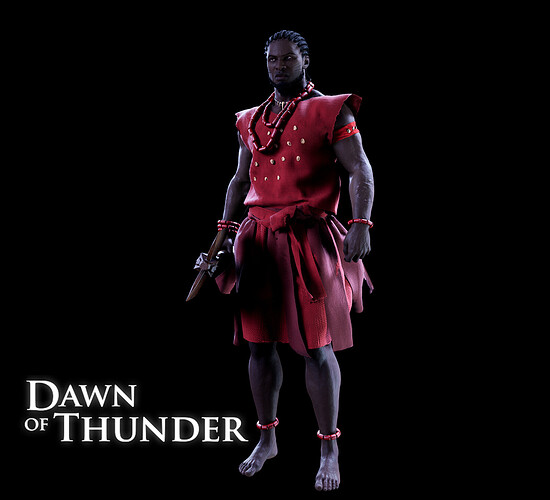 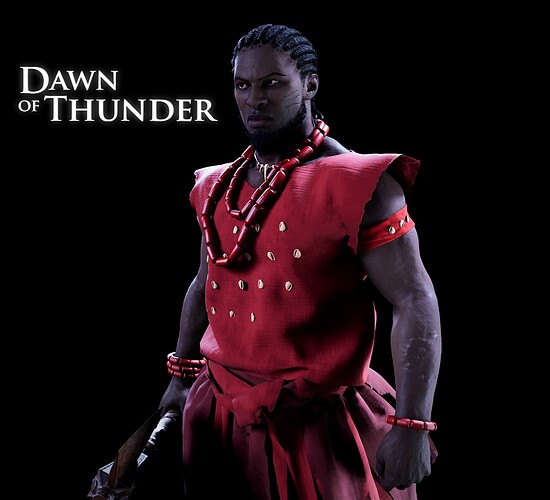 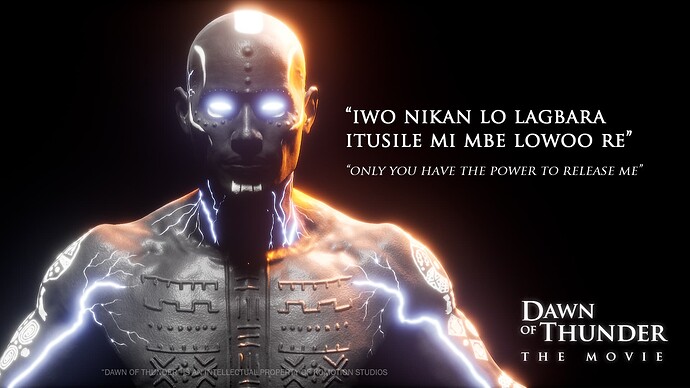 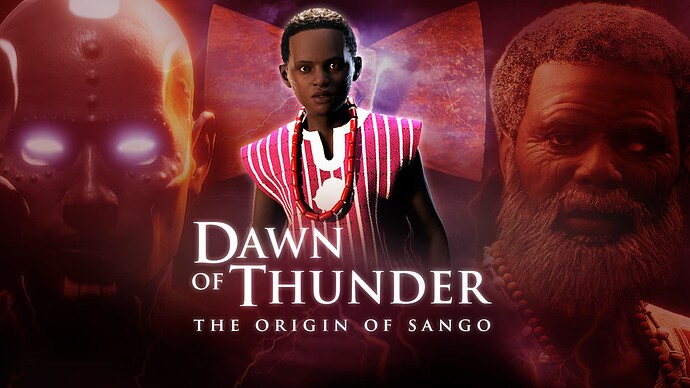 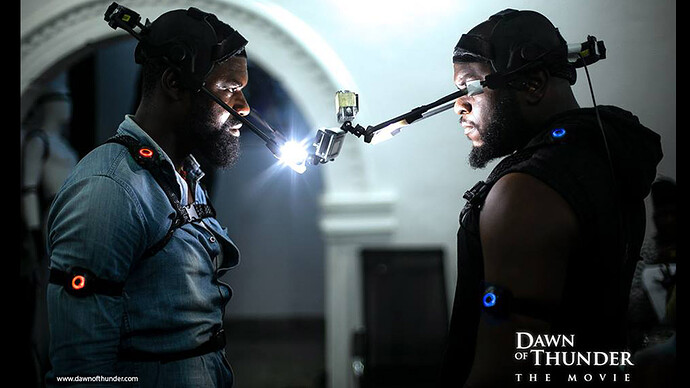 Hope you and your team are doing well!

So pumped to see what you all create and the story that is told. Just from watching the videos you’ve linked its obvious that so much care, love, and thoughtfulness has gone into this already. The glimpses of scene creation already tell such a heartwrenching story and I can’t wait to see it all combined!

Goodluck in not only the movie creation side but the possible video game as well!

Thanks for the comment. A LOT has gone into this project and we can’t wait to share our journey with everyone. Its been a wild ride but it’s been worth it so far.

Early environment tests done during the R&D stages of the project. But I also don’t want to ruin the surprise so I’ll just wait patiently for your updates.

Can’t wait to see more from you and your team!

We actually have some Terrabytes of behind the scenes content, so yeah, wait for the updates

Can’t wait to check this out!

Yo is that Jamie Fox on the left in the performance capture gear in the thumbnail? Sweet project!

I am extremely thrilled and longing to witness the unveiling of this cinematic! This project is certainly unprecedented, as there are not very many films done (especially modern films) about Yoruba tradition. Someone very close to me is a son of Sango. Out of the great orisha pantheon, what inspired you to tell the story of Sango? Is there someone from the priesthood offering advice as a consultant on this project? Will your project feature an original soundtrack? Also, will your film highlight the previous kingdom that Sango inherited?

I am so very excited to see the mighty Oya will be in your film as well! I look forward to seeing her powers revealed, too!

I agree with you, that UE5 will most definitely enhance your project. I can imagine Lumen being taken advantage of to show off Sango’s powerful “Edun Ara”!

Ok…this came as a pleasant surprise. Embarking on this project has been a major undertaking. Its a big deal and we have done our best to carry the weight. The inspiration came from the lack of potrayal of the greatness of historical and precolonial Africa in the media and entertainment space. I personally grew up watching movies on greek mythology, Asian mythology and wondered why African mythology was non existent in the international space. We did extensive research on the history and took some creative licence to turn the story of Arabambi (Sango) into an origin story. Unreal engine has been a blessing to us as it gave us the freedom to dream and aspire. The project will either be a three part trilogy or a limited series. We currently have a monarch, the Ooni of Ife as an executive producer so we have the right traditional backing.
How do you know so much about the yoruba culture? Thats amazing.

The son of Sango that I referred to in my previous post is introducing me to Yoruba tradition. I am a lifelong student of knowledge, and I am really loving Yorubaland culture! I am elated to learn that you have a respected monarch as an executive producer, as this story deserves to be handled with the utmost reverence and nobility.

I’m unsure as to how familiar you are with Marvel comic heroes, but many of them are inspired by African mythology. One can find numerous references, comparisons, and inspirations in many of these comics. It is comforting to see more artists bringing increasing light to the orisha. I do not want to type too much (LOL!), but I am really curious to see where you take things with your creative liberty. You have my support and I wish you much success with Dawn of Thunder!

Funny you should mention that. While doing some research we realized that Sango had Also been featured years ago by Marvel comics Shango (Vodū) (Earth-616) | Marvel Database | Fandom

What that told us is that they found the character fascinating.
In our own case we are telling the story as custodians who have access to raw data and information and an understanding of how the story should be told, and we want to tell it in a big way. We will do our best,but with the proper backing it would be huge.

Old video of the making of the Oyo Palace which is one of the focal points of the movie. This is where the King, or “Alaafin” resides with his royal family and attends to state affairs. We wanted to try to be as authentic as possible while giving the palace scale. Cant remember the exact version of unreal we were using at the time but we utilized Normal maps for practically every object, but now we intend to use Nanite to give it a total overhaul as it will allow us import detailed meshes and give a better look generally. Plus we will be experimenting with Lumen and pathtracing to see what gives us a good quality vs time balance.

I remember seeing some of the first videos you put out about this project. It inspired me on a journey that lead me to Unreal Engine, not knowing that’s what you were working with. I am extremely excited now know that you are working UE5 and I think the look will be amazing. I believe strongly that we have to tell new stories about our past. Your video got doing some much needed research on Ifa traditions and I think there are so many stories to be told. Can’t wait for the full movie. Good luck.

Thanks a lot, telling new stories about our past is the reason we started this. Glad you like it.

Did vibranium ore get included that alloy from those avenger marvel movie like Black panther, just a idea?

No, nothing about vibranium here at all. Just raw power from the gods.

Second teaser trailer for the Dawn of thunder movie