I am trying to achieve a simple material that glows around all edges and areas in collision with the object, as I am making a pulse effect when an object explodes. I am thinking that I can use a simple sphere that will grow and fade out. I can manage the grow and fade out part, but the material is what I need help with. It should look somewhat like this: 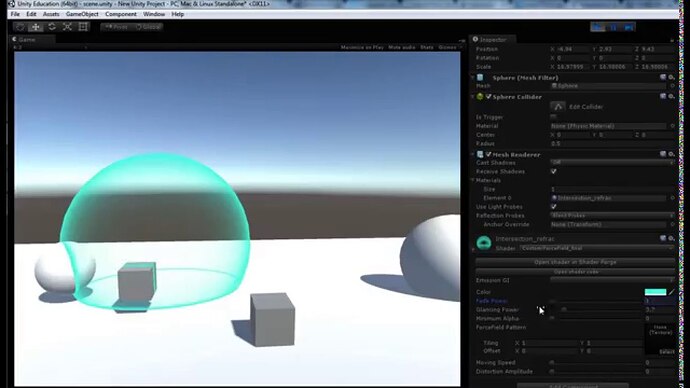 In addition to this, how can I apply some form of distortion to this effect around its edges? Can it work somehow with the material e.g. refraction?

I’m still unsure what to do

I managed to use fresnel to get the glow around the edges, but I can’t get the glow effect around things that collide with the edge of the sphere. I also can’t get distortion to work properly. You know how to achieve this effect?

so far i am getting poor results

ignore the top half-cut weird image and to get mesh glow in collision , be sure to enable edit>project settings>rendering>generate mesh distance field ,and restart editor: 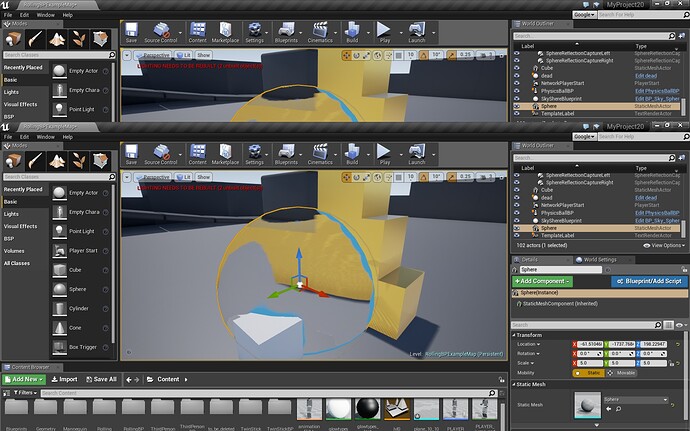 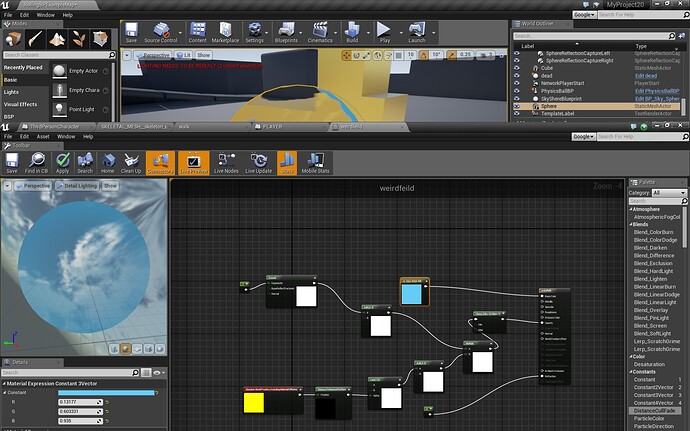 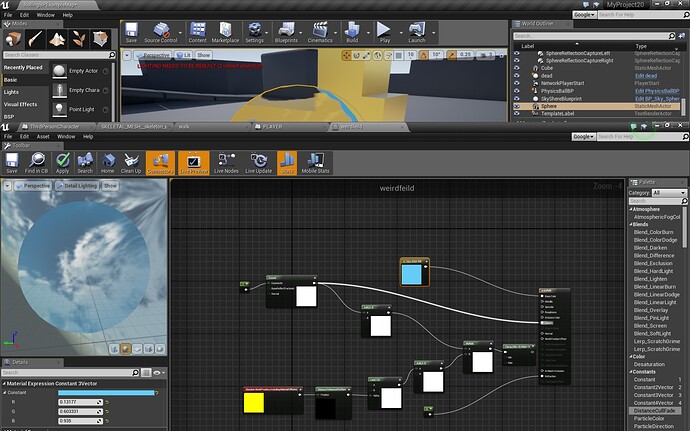 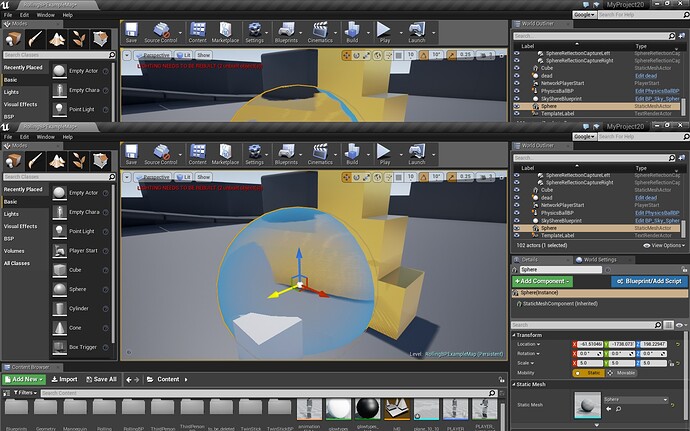 is it necessary for it to glow on collision? there are many more effects like panning with normal and Fresnel with material blends to make nice force field like things.
i am sure the effect you are trying to reach is possible , i have seen somewhere while roaming around forums that it’s been done with ue4 before , but it’s just out of my skill.

Thank you so much for this advice, it helped me with the distortion effects which I found very attractive, however, the glow effect doesn’t quite seem like what I’m looking for. Using fresnel, I managed a glow around the edges of the sphere, but not on the areas where it overlaps another object. I used the fresnel to apply to glow effect, opacity and base color, but only thing left would be the effect of the glow appearing around overlapping edges.

check out the distance to nearest

try a depthfade node, inverse it (oneminus) and combine it with the fresnelstuff singh showed you

Thanks! This works great! I used the depthfade node, aplied a oneminus to it, then added it with my fresnel glow, then finally clamped it to 0, 1.

Yes that’s exactly what I needed! Thanks! However I have discovered that it appears to be quite a performance intensive feature. I must find another way to do this.