Created some spawners for my enemy actors so that I could place the enemies in their correct locations in editor but spawn them at a later time using triggers. But they only function properly when I trigger them on level load

–The Problem I am having.–

The way it is supposed to work is that the child is supposed to spawn and follow the open spline, when it gets to the end of that spline it should become tied to the closed loop spline and stay on that for the rest of the game or until it is destroyed. It works perfectly when the child spawns on “Begin Play” but as soon as I try to spawn it at a later time with a trigger it screws up.

–Screenshots of my event graphs and Default menus.– 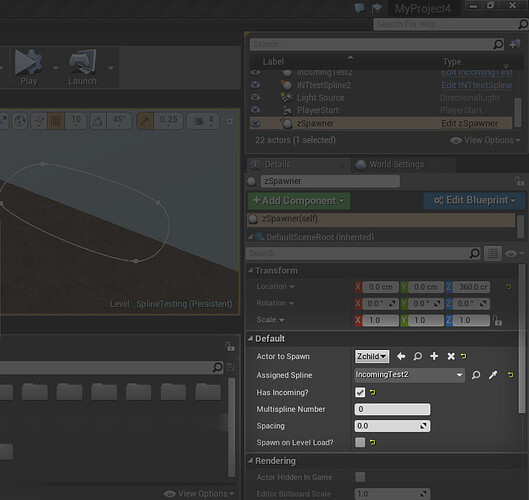 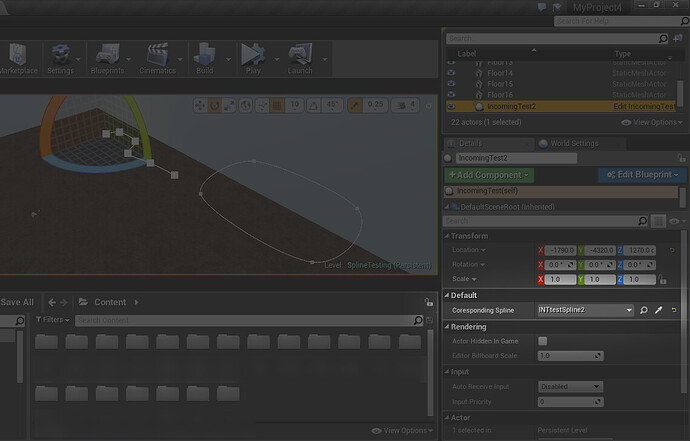 –How my actors work–

The way it is set up is that the spawner is just an actor with a billboard component that I can place in world with the editor. It has some variables that I exposed on spawn. The two main ones being 1.) An actor class variable so I can set it to whatever class of enemy I want to spawn in the defaults menu. And 2.) An actor reference so that I can select the spline to tie my child actor to. The spawner has everything tied to “Event Begin Play” but uses a bool to prevent it from triggering the spawn actor node so that I can choose whether or not to spawn at the beginning or later. If I spawn later I set the bool to false so it does nothing on level load and waits for a custom event that is also plugged into the “spawn actor from class” node that I can then trigger from the level blueprint.

The parent has all the functionality to make the child follow the spline that you would expect, using nodes such as “get location/rotation at distance along spline” and whatnot.

The open spline class itself only has the spline component and an actor reference that is exposed on spawn so that I can point to which actor is the next spline to use.

At least this is what it’s supposed to be doing. Somehow the variables are getting mixed around on spawn. I know they exist somewhere in the aether because when it malfunctions the child ties itself to the closed loop spline so it knows its supposed to end up there but it shouldn’t be spawning there when I have “Has Incoming?” set to true and tied it to the open spline.