I’m currently debugging a color issue in the Composure pipeline. There are multiple posts about this issue already in the Forum, and the answer is always: Make a Gamma correction or sRGB conversion. This is just ■■■■. Both do not result in a correct result. Why would we even need to fix it? If I put a texture in the composition pipeline without applying any transform passes, it should output exactly as it was input.

Here is the Pipeline: 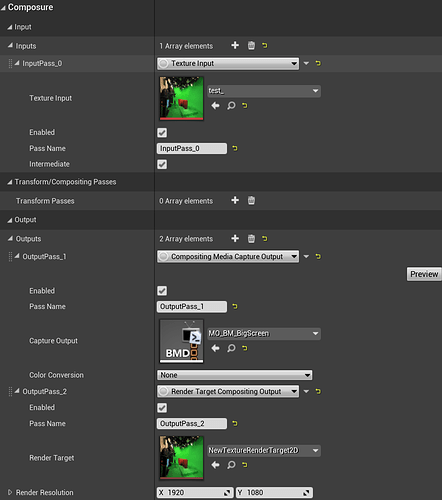 And here the outputs: 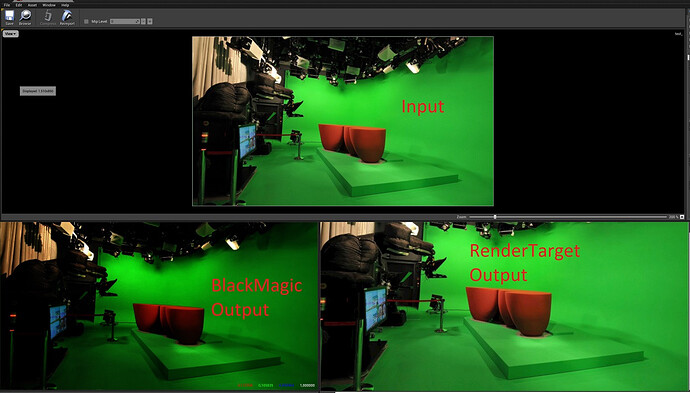 In the Screenshot the Output to the RenderTarget also looks different compared to the input. In the editor its exactly the same, don’t ask me why.

I also added some debug textures into the composure pipeline in C++ and they look the same as the input (intermediate results).

For some weird reason the MediaOutput (In this case BlackMagic) changes the color of the image. Any idea what could be the reason?

I also encountered such a problem, is there a solution?

Hey I too have the same issue with Compositing Media Capture Output.
I thought I had the change the color grading settings and film stock settings but it just made it worse. I have also disabled the Compositing tone map pass in the color conversion parameter of the Output pass but still no use.
As said earlier Render Target Compositing output looks similar to the preview.
Any help is appreciated.
Thanks.

I found out the issue and posting it here just in case.

The issue is Unreal outputs linear color and not sRGB which is required I guess.
Anyways,
Change the Color conversion to Open ColorIO Pass.
Download Nuke Config from here https://opencolorio.org/
Create a OpenColor IO Configuration asset in the content browser and import the Nuke Configuration and select linear and sRGB in desired color spaces.
In the Color Conversion section