Pretty much a newbie here, both to this forum and to UE / 3D modelling as a whole. I have been having a play with UE5 and following a few tutorials with it and I have found it fascinating! I have decided to try and have a go at creating a “static” scene for my first real self-test after what I’ve been doing so far…I’m not expecting anything miraculous, but I would like to try and give something like this a go? 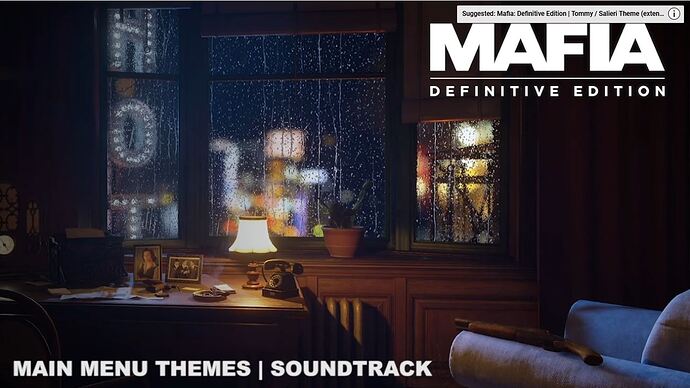 There is a YT video here ( Mafia: Definitive Edition | Main Menu Themes Soundtrack (2020) - YouTube ) of the scene in question…It would obviously not be as good as the scene in the game/video, but I’d like to try something similar. A view out of a window or doorway while it’s raining. Soft lighting and maybe a candle or antique lamp etc.

What I’d like to know though is how anybody here who does or has done similar things arranges your “workflow” and do you do everything in UE or do you create certain “custom” assets in 3DS or Maya? What I thought I would do would be to utilize some of the brilliant free assets from the UE Marketplace but also have a go at creating a few very simple things myself in Maya and importing them into the scene?

Would you recommend starting with just a blank wall with a window in it and gradually just add assets from there? Really any advice that anybody could give would be great and very much appreciated.

Thank you in advance to anybody who replies!

Take a look through Quixel Bridge for some of the items in your scene and check the market place (and free items as well ) for other scenic pieces and things like rain and sound fx. There You might block out with simple walls and Quizel to start with and get a feel. An unique items you coudl build in Maya.

Yep. If I were building the scene, I’d start off by blocking everything out with simple primitives (boxes and planes etc with 0.1m scale values). You can then kitbash downloaded assets on top of that to add detail and such. You may need to build props for stuff that doesn’t work with kitbashed assets.

The trick is to layer things up, so that you can make changes easily if you realize something doesn’t fit in the earlier stages, rather than go straight into lots of small detailed props and then finding out you have to move a bunch of stuff. It’ll also help you identify occluded areas that don’t need as much detail as visible areas.

If you throw on some rough colored shaders (albedo matching the rough colors of the materials you’ll be using in the final image) you can start layering in some lighting and get an even better idea of how the forms all contribute to the final image, before you get into the time consuming detailing stage. Darker areas also don’t need as many detailed props to sell the look as brighter areas, so that’ll also help you optimize your time in the detailing stage.