This will be the new thread for the asset, which is receiving a massive free update in the future.

Going to keep an eye on this

UE4.24 is release today by Epic and I will double check if any changes are required since last time I checked otherwise I will mark the compatibility at the UE4 Marketplace. The release 1.5 is still on the works and we are compiling a heavy amount of videos from the bottom up, so even not programmers will have a great time customizing the new release. We also decided in the last minute to replace the World Composition Demo map showcasing 324Km2 for another one with 1024Km2 (8x8 tiles / 32 x 32Km) and this will showcase better how the cloudscape will be handled to be visible through all this much distance, even thou its extents are set to 20 x 20Km, where you can choose the object used to center the cloudscape while moving through the landscape. [HR][/HR]
We are also planning to adapt Cloudscape Seasons to work (from 4.24 and up) with the new Physically-Based Sky Atmosphere Component and with the new Sun positioner plugin. With that we probably will have make changes with BP_TheSun, BP_TheMoon and BP_SkySeasons for when you decide to enable those mentioned plugins.

As seen in the UE4.24 documentation

This one too
The project will still keep the ability to have a non-physically-based sky for artistic convenience and freedom.

Giving some tweaking on the overall package before submitting to the MP. The release 1.5 will be a free update on the current package at MP. 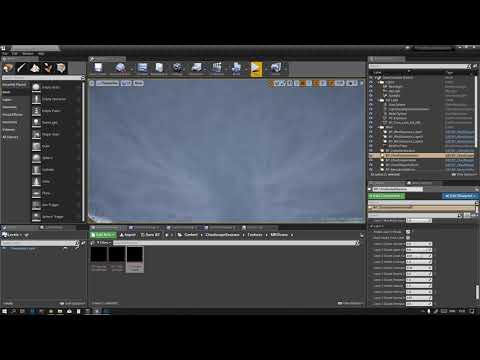 Wow that tornado is looking great! Thanks for the updates Nilson Lima

Working on fine tuning the Mesh to Volume Texture tool, new shadows with more performance and precision, and doing it generating heart shaped clouds during the experiments: 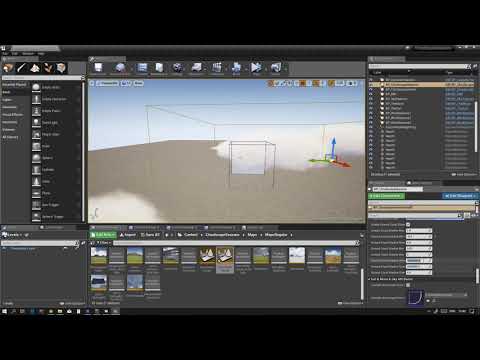 There are still some bugs to fix for UE4.23, 4.24 and 4.25 before I can release the release 1.5 and there is already a 2.0 planned which will be targeted only for engine 4.25 and up later during the year. I have been working with few customers at their projects in order to receive feedback and also implementing few modifications to improve the experience and for the current status it is possible for me to accept another 3 customers as testers, which I can offer in depth project support during the testing for approx 1 hour/day free of any charges. Just let me know messaging me at my discord server (check my signature).

I made this video showing the Volumetric tools content for UE4.25 which is quite something and which I will study and borrow some ideas to improve Cloudscape Seasons. What I like: the sky curvature, the use of the new sky feature and how the noise is integrated. What I don’t like: performance, no possibility to use custom cloud shapes, no separate cloud layers, no ways to apply custom coloring to the clouds. Follow the video: 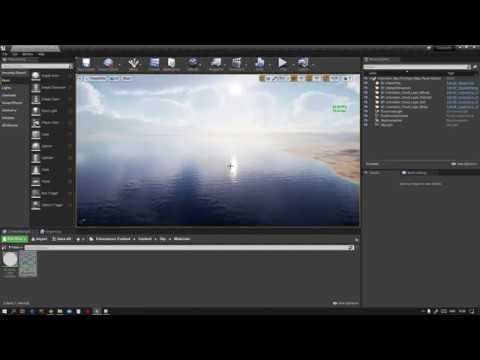 More developments for the asset to become even more fun to play with and offering more possibilities of customization. We are closing in on the release of the new features, so stay tuned on the news at our discord server and also this thread. 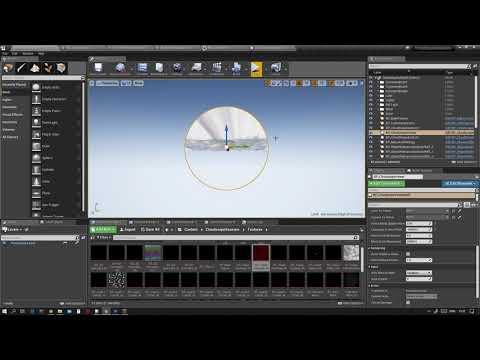 Just a spoiler of the new clouds being worked on. Just fixed the volume seams issue and going to work on the tools to help refine shapes and generate the textures. I am heaving peak ok 120FPS on editor with UE4.25, in full HD having 80 FPS without any new performance feature active and with same raymarch steps. 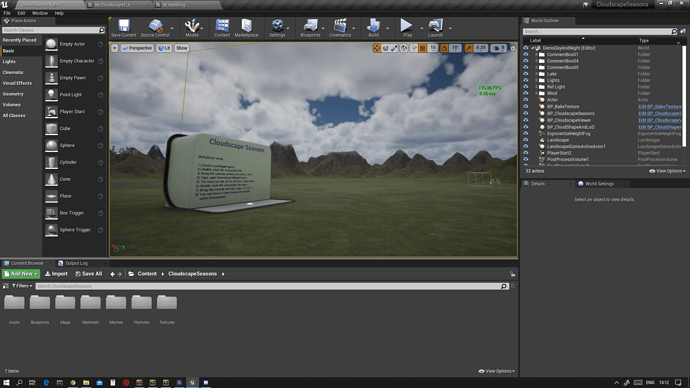 It is a matter of finishing the new tools quickly, fix the demo maps and send to the Marketplace. There are two things to note here: from UE4.17 to 4.20 the performance is at least 30% worst because it won’t use the real Volume Textures (3D) and will use the PseudoVolume Textures (2D as a flipbook). The real Volume Textures present a better performance from 4.21 to 4.25 have being improving and it is stable.
About the videos with tutorials, they are completely necessary, even for long term users for the asset, the new system using the spherical shader and the way to generate the new textures are different in few aspects and there is now the necessity of having a coverage texture which is similar to a distance field which tells where there will be clouds and this is one of the tools I am working to help achieve the quality seem in the picture above.

This looks amazing. I am in the market for a cloud system that will follow a specific curvature. IE follow around planet and move in a cylindrical shape within a giant space station. Giving clouds a bottom that faces different directions is always difficult for me. I have not found a volumetric option or have not had the time to or possibly skill, to make this happen. Your submitting a version 2 soon?

@rasamaya As mentioned in the previous post, this update will be submitted as soon as I finish the changes. The amount of time that it will take I can’t say for sure, because there is also always a little delay on the product revision by Epic and the package became too big in features right now (snow, rain, lightning, thunder, stylized modes, several demo maps and now the spherical shader along with the old cube shader one). I hope to bring some news soon, but it is completely necessary that I finish brand new tutorials, because of the multiple ways to use the product and there is several options in the settings (a lot of them new)

Some more progress towards the new 1.5 release. 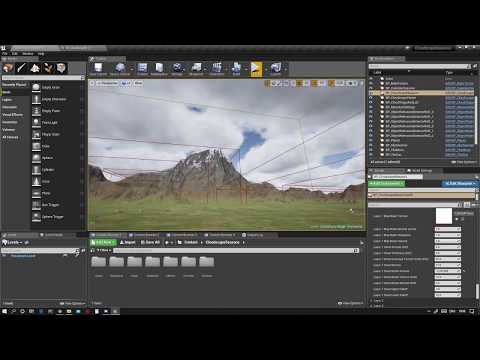 I am closing to finish the new release. There are some stuff added not previously mentioned, all included from UE4.17, but worth mention:

Just wanted to say I appreciate all the work you’ve already put into this, and thanks for helping out the Ocean Plugin as well. I can’t imagine all the work going into all the different versions you have to deal with

Just wanted to say I appreciate all the work you’ve already put into this, and thanks for helping out the Ocean Plugin as well. I can’t imagine all the work going into all the different versions you have to deal with

Thanks for your kind words!

There are some major issues I am facing which are leading to release 1st a 4.26 release with another title (Cloudscape Seasons 2.0) and ask the Marketplace team to give it to all people who have purchased the original package and mark the old package as unavailable for new purchases. Once the package is out for 4.26, I can have more time to make it work for the old releases in a smooth pace.

I want to mention that I am receiving some new generation cards from AMD and nVidia, where I plan to test all the features with Raytracing and mark the package as compatible with both techs. The testing are already scheduled for this weekend.