Hello,
I’m trying to make a networked container witch only 1 player can interact with at a time.
For testing purpose, i added a replicated variable (IsOpen) to the container actor (placed in the level).
On the player controller i have an action event that does a line trace and if it hits a container it calls an OnUsed function(from the container) that changed the IsOpen value.
The thing is, when it’s called from the server everything works fine but when called from the client it doesn’t change.
I’ll appreciate if someone can help me figure out what i’m doing wrong here. 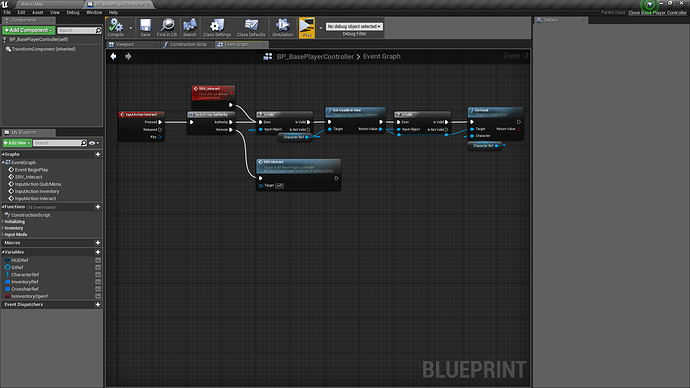 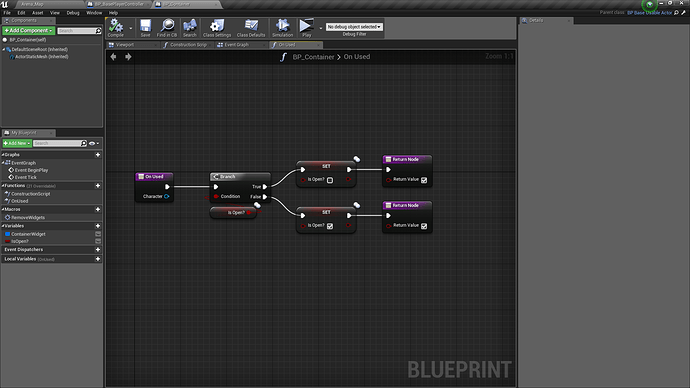 anyone has an idea about this?

Hey make sure that the BP_Container class is replicated and use is locally controlled node and if it is true then run the custom event function make sure that it is run on the server. Show the screenshots or the output log with print statements so it will help to debug the issue 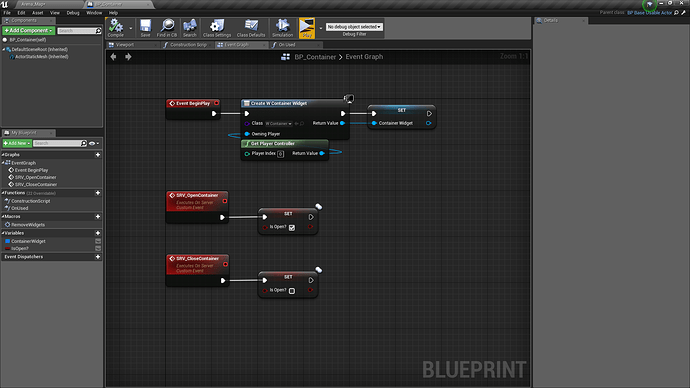 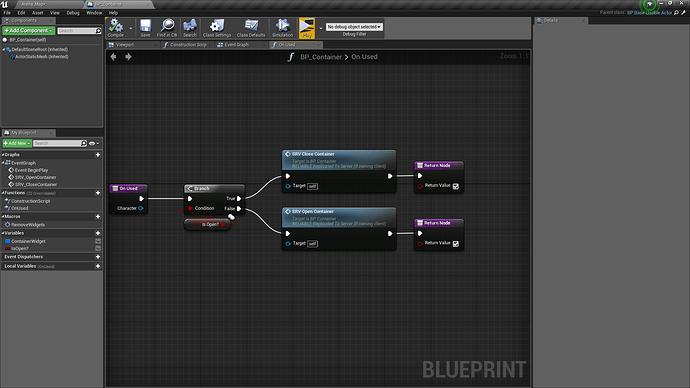