Car is not working

What exactly is not working?

The file that you have uploaded is just a mesh, so you will have to modify the bp to get the right result
The best thing is when you just follow this video series: https://www.youtube.com/watch?v=9ariPx6M33o

In what particular way i have the movement setup

What software the car was made with?

In what particular way i have the movement setup

Rotate the camera, check if every event fires, change some speed values,…actually many things could be wrong that you will have to change to get it to work → so the easiest way is to follow the tutorial that I posted above or post us some pics of your blueprint setup + a description

When you set the collision body on the root bone, which direction it’s local Z axis is directed in? 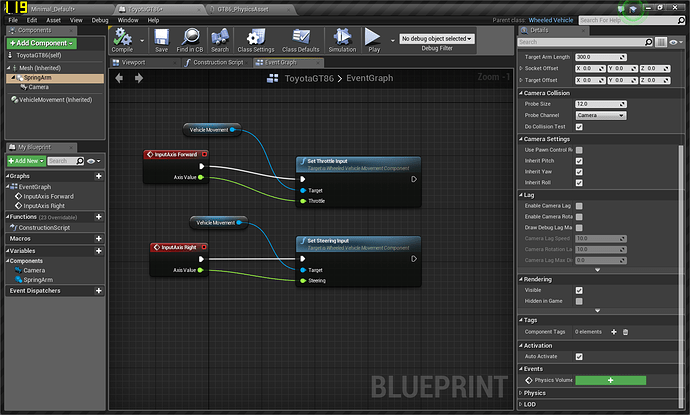 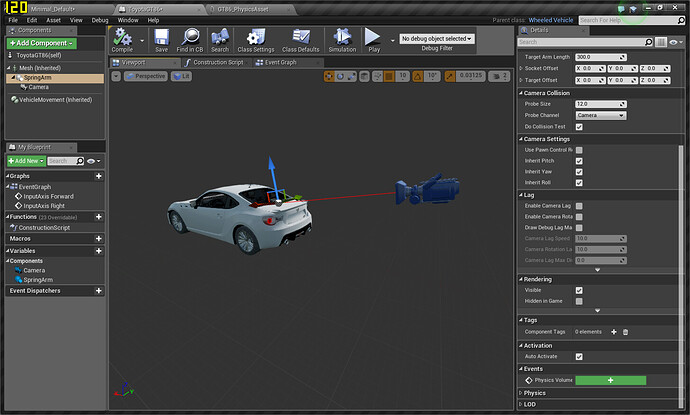 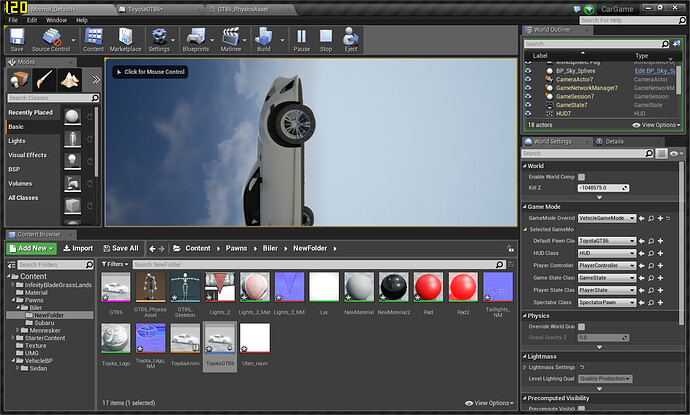 Here is the physic asset it seems like having the root bone in 0.0.0 does not affect anything so i have it up there

if the car flys off that normally means the rig is aligned wrong and the root bone/joint is not at 0,0,0
correct these and it should be fine
x axis must be forward and the z axis must be up , these need to be set in your 3d program before they are exported

Nope, i’s blue and it HAS to be directed UP. And the X (red) axis - towards the car’s direction. Did you made the car in Blender? 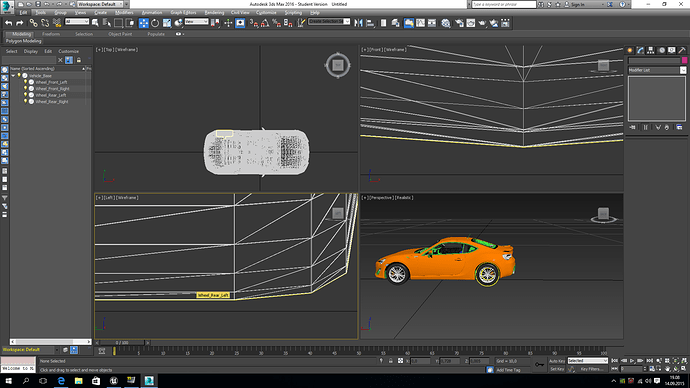 But how do i get the Wheels in the excact posision

as mentioned that issue is caused by the root bone/joint not being alinged and at 0,0,0 before you export to ue4.

you can’t change it in ue4 it won’t help

I changed it in 3dmax