I am having difficulty attaching a beam particle effect to a dynamic end point. This is the blueprint I am currently using:

While this looks like it should work, it doesn’t give me the results I’m after. If I don’t attach the beam particle to the specified ‘Eye’ socket on my mesh, this happens:

The beam component here is simply playing along the actor’s forward vector, and ignoring the specified target point entirely, instead playing the beam particle’s effect according to its components local scale. Attaching the particle component to the socket directly doesn’t seem to fix the issue either: 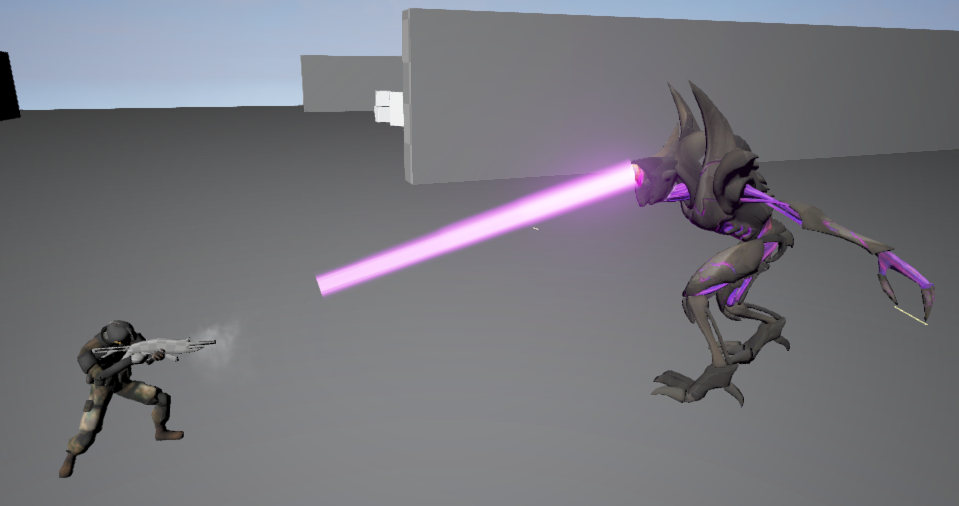 Again, it seems to be only drawing according to the component’s local transform, instead of specified source and end points. Currently, I have the particle component as a component of the actor, as a child of its mesh: 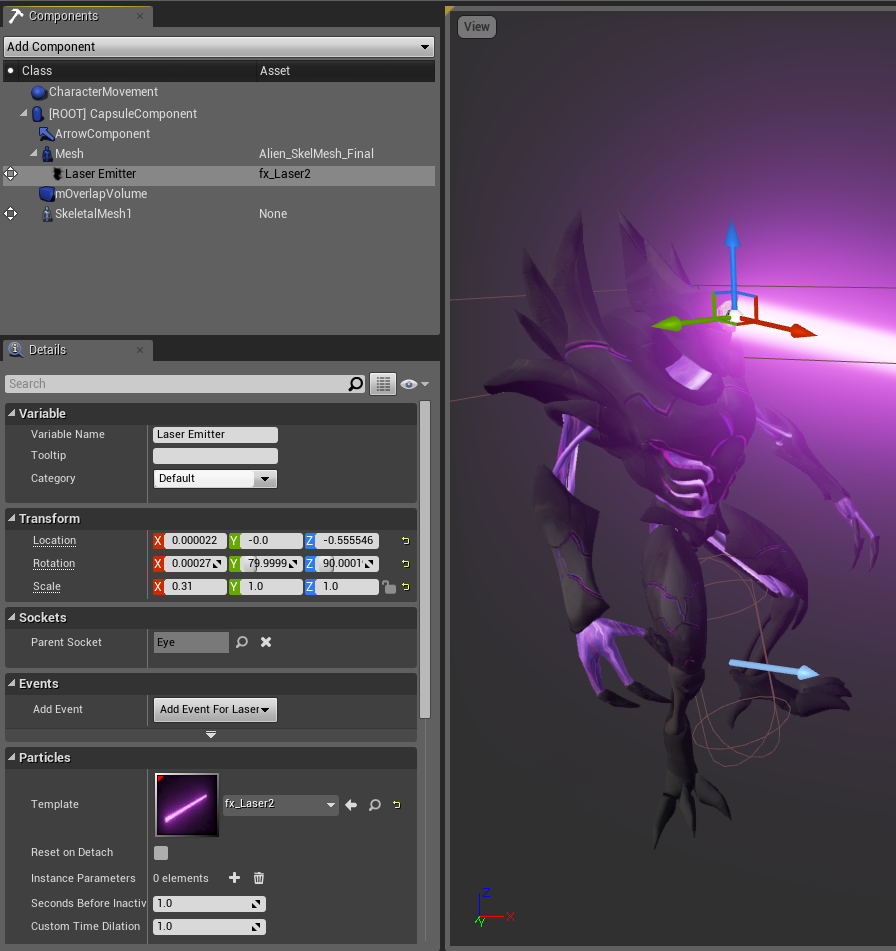 I suspect I’m missing something incredibly obvious here, but how do I set this system so that the beam will always end at the target point that I specify? Any help on this issue will be greatly appreciated.

I’ve not had luck with the little time i spent trying the beam specific blueprint nodes. I find this works just fine using the Set Actor/Location Parameter which just requires you to add a Target module from the Beam category in your emitter and name it something like Target.

Yeah, the beam had been set up like that. I figured out that the issue was that the beam’s target destination was set to Direct rather than User Set, so it wasn’t updating that position dynamically like I wanted it to. It seems like I got the issue fixed now though, so thanks!

Set Beam Source Point is not executed, is that intended or a missing node?

Then shouldn’t you mark the answer from ShortStuf7 as being correct?

Agreed. Click the little checkmark next to ShortStuf7’s post. Also at the time of this original posting 2 years ago the generic Beam Nodes were buggy but seem to all work now.

anyway also important, for me it did not worked in Construction Script. So Event Begin Play, Tick or Custom Event should be used

Thank you very much!!