Can I project a sphere mask onto a render target?

I may be interpreting texture coordinates wrong, but I have a render target (256,256) and a render target with a draw material to texture node. Location is controlled by a MPC (ideally radius is as well), but the sphere is drawn at the top left coordinate instead of (0.5, 0.5) in the center. 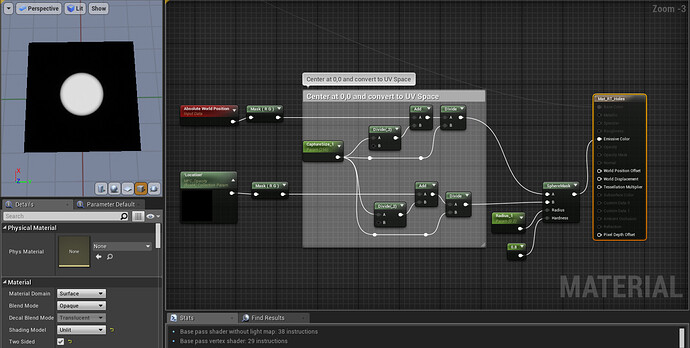 I solved this issue by creating a second material that reads the texture such that: 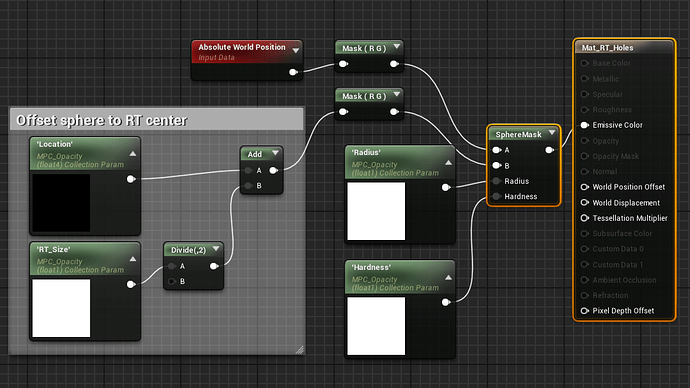 Reviving this old topic as I am curious how this works - how will Draw Material to Render Target work with Absolute World Position since the material wont be on the mesh? SceneCapture2D?