I seem to be having a problem getting the compiler pipeline to work properly.

I have been analyzing the “StrategyGame” sample project and attempting to take the classes and use it in my own project. However I seem to be having a significant amount of problems.

By doing this in my own project, it generates a blank file.

You can see in my project here that the classes can’t be found: 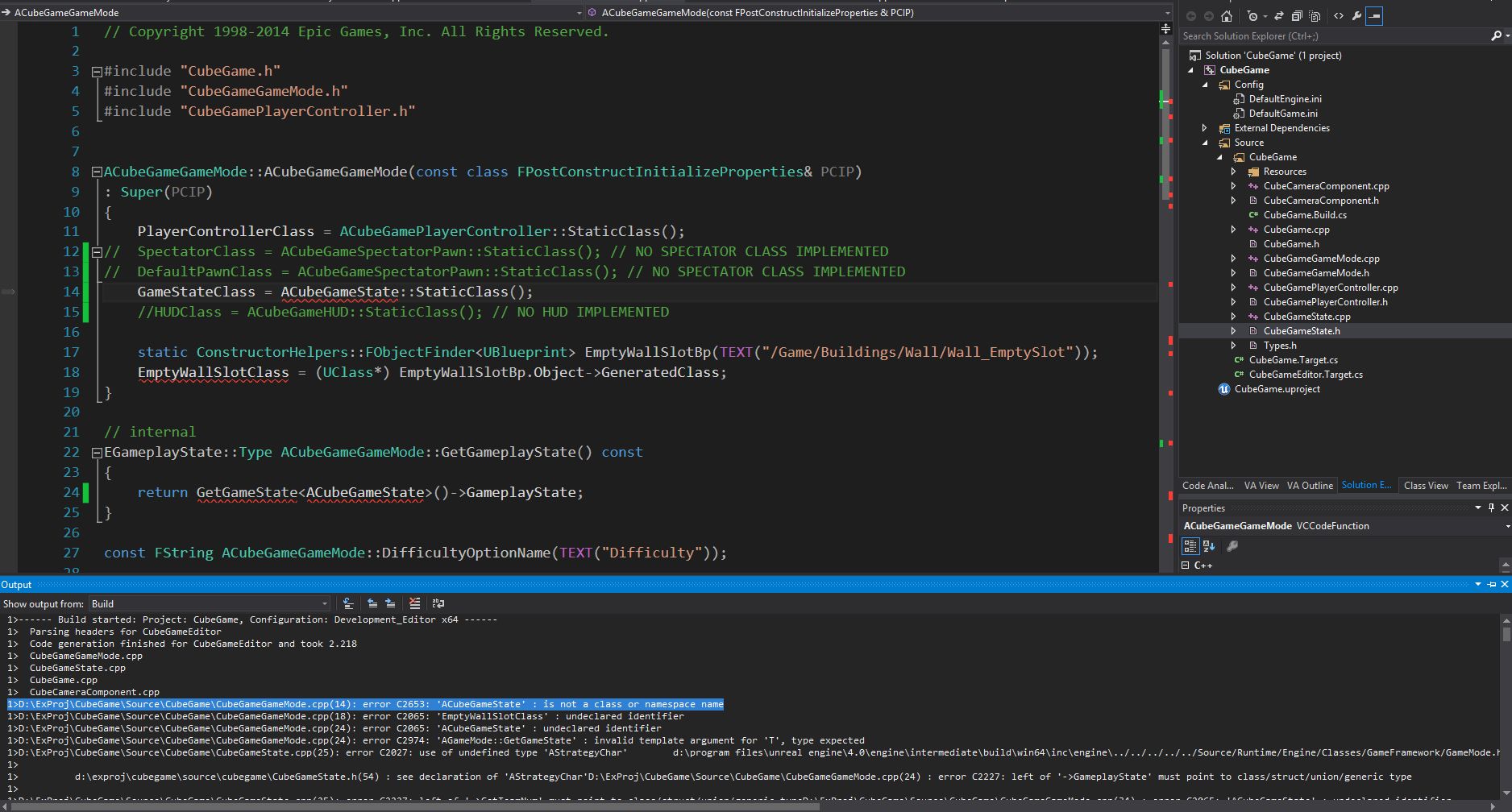 In the example project, it seems to generate this file, which I can’t seem to do in mine. 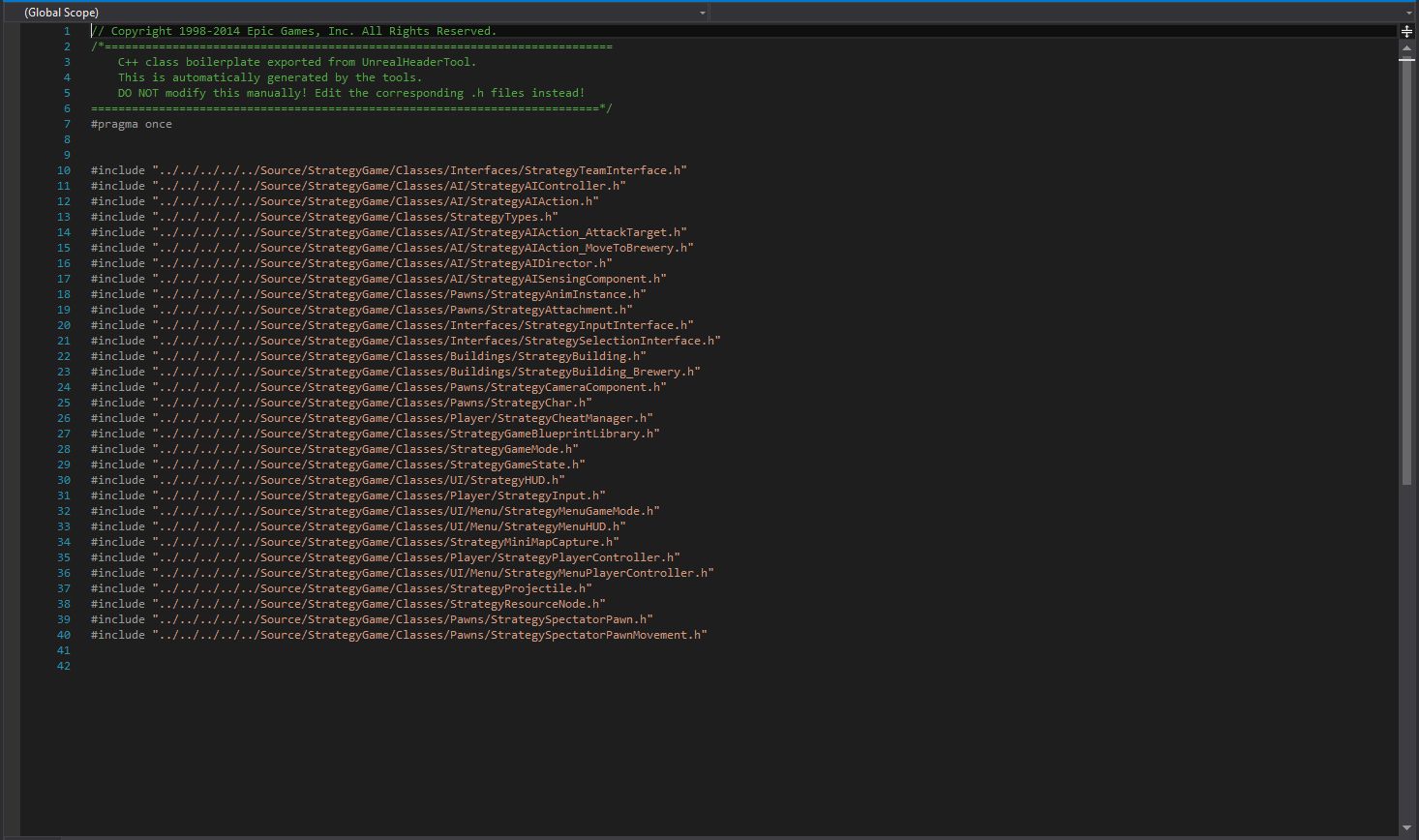 Did you add those classes to your project manually or via File->Add code to project?

I attempted both cases, in different scenarios. I have tried with a blank project and adding codes through File->Add Code. It’s worth mentioning that UE seems to automatically #include the header file in the cpp file instead of omitting it completely and leaving it to be referenced later on from the generated header file.