To fix this, you should add this node to the end. The blueprint is part of an engine
“4.12\Engine\Content\EngineSky\BP_Sky_Sphere.uasset” 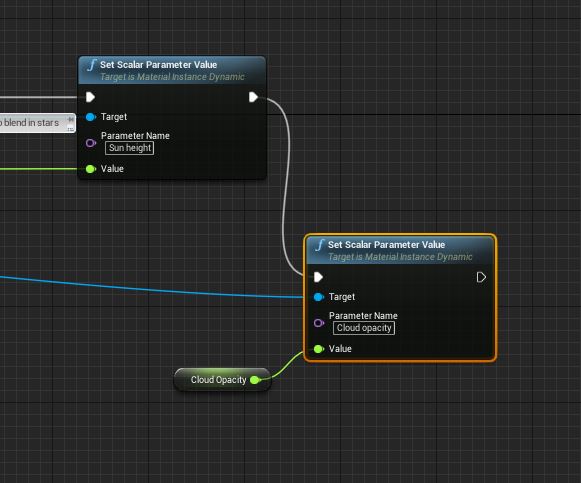 Alright, but it’s new in 4.12. In 4.11 it updated, which was why it suddenly stopped working after an update.

But thanks a lot for clearing this up.

This is expected behavior. Cloud Opacity is not normally directly affected by the position of the sun, so the update sun direction function did not require it. If you want to update the cloud opacity in this way, you should be able to add the nodes as you have described without any errors.