Bug when playing in VR mode.

Something happened to my project, when I try to play it in VR mode. I see this. Only Green top left part is rendered correctly. Other part - blue one - became strange, looks like it is not cleared and not redraw at all, or is redraw very rarely. 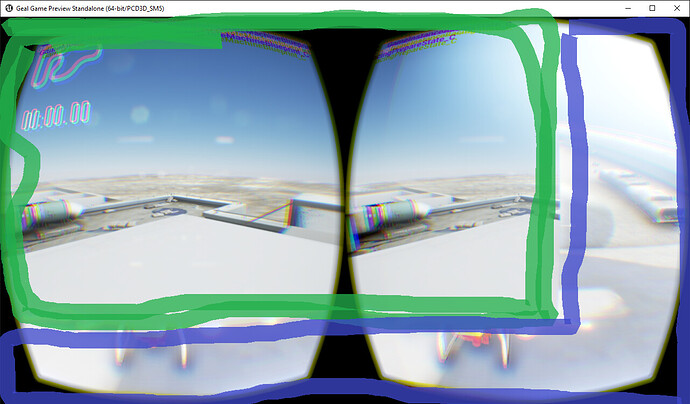 Have no idea how to setup VR at all. Use Oculus DK2. Standard setup, changed nothing. Maybe I should check some settings, but I have no idea where.

There is currently a known issue, UE-16673, where the screen flickers and becomes overly bright when adding a widget to the screen. Does this sound like what you are experiencing? If so, I will increase the community interest on this bug.

Yes, I think it is caused by UMG widgets.

I am still using 2d UMG widgets on screen which is wrong. I will test it with 3d umg widgets later, if this problem persists - that it is very sad.