In my mobile game I have material setup which blends 2 textures by vertex color, and 2 customized uv channels for separate tiling for each texture. 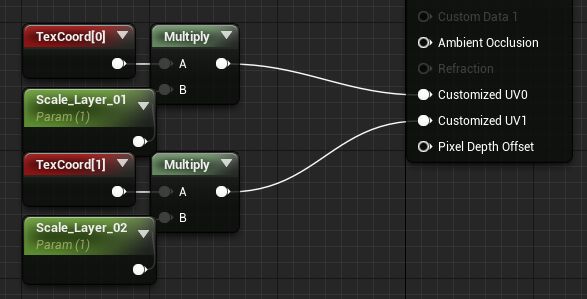 I have tested it on few devices, and it looks good instead of Meizu M2 Note. 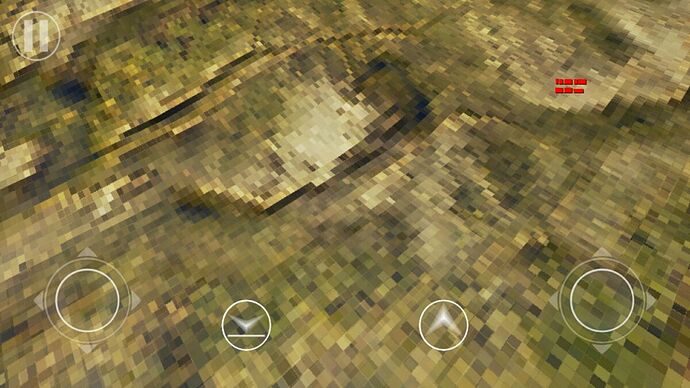 I think this is device-specific feature, but not sure

Noticed same problem in “Sun Temple” project deployed from UE4 version 4.13 few weeks ago. There is some material with rocks and grass with 2 customized uv channels also, and it’s pixelated in the same way. 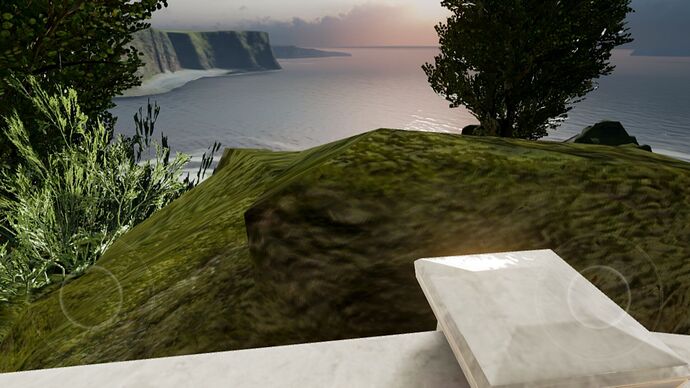 I think I found root cause of this problem.

And it looks like it’s not only for this device. 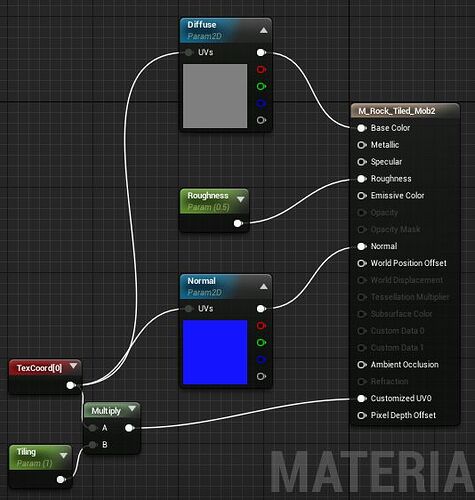 And here is results of use this kind of setup for diffuse texture tiling (left) and both textures (right). 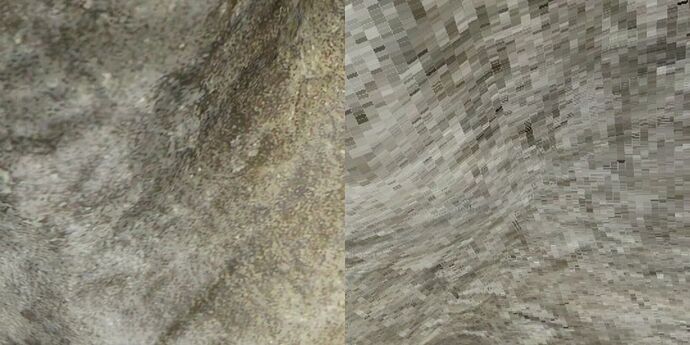 So, if TexCoord node plugged into Normal map, you will get this pixelated result… :(((

Any help please? Any advice? I spent 2 days trying to undertand this problem and now I don’t know what to do with it.

Maybe there is some issues in normal maps setup for mobile?

I used maps from infinity blade and other demos, and they have default import settings. 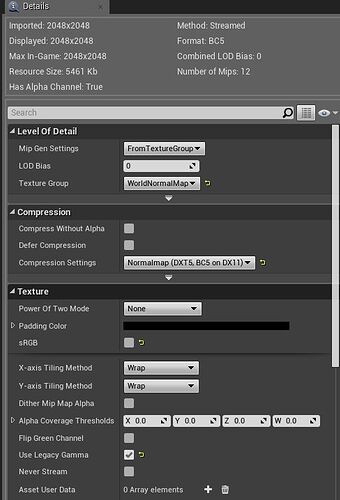 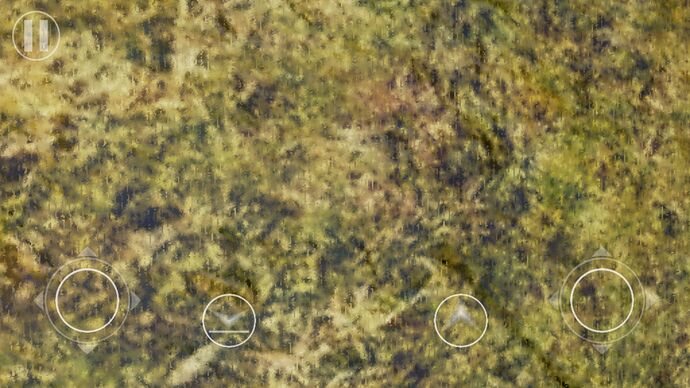 The same artifacts but less noticeable. Noticeable from small distances.

Hi,there is something in document maybe help you.

Additionally, everything in the pixel shader on mobile is evaluated with half precision floats. This causes blocky looking textures and some other artifacts, when pixel shader math is done on texture coordinates. The Customized UV inputs however are done with full precision so they get around this problem.