Using the master branch updated to tip as of today. I have a pawn (monster) where i have overlap function in c++

I placed the monster in the world and then spawn another pawn (hero) next to it. The overlap doesn’t trigger until i click on the hero object in the world outliner. Its really strange.doing.

Doesn’t work in c++ or in the monster blueprint. Only collision i get when i start the game is with the spectator pawn and not with the hero pawn until i click on the hero object in world outliner tab.

The component i’m using for both pawns is the UBoxComponent and i have the collision present set to overlap all and generate overlap events enabled.

Edit: it appears that the collision components are at 0 and dont move to the mesh location until i click on the object in the scene outliner.

How are you adding your Box Components? Could you provide the code?

I have attempted a simple repro using a test blueprint setup, but I haven’t seen the same results as you, so seeing your code would be helpful in attempting to reproduce your issue.

I have a UBoxComponent* in my actor class 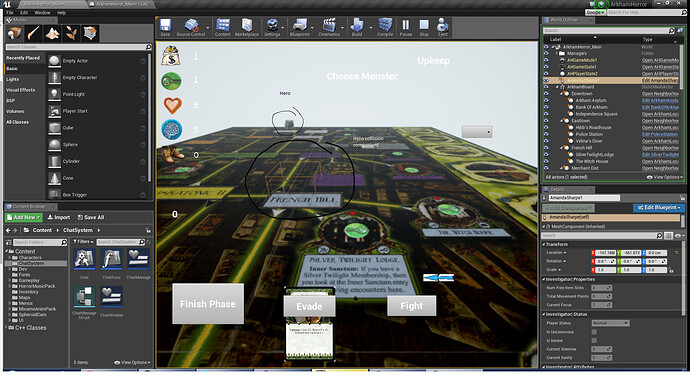 So i have a combat menu that only shows if the hero and the monster are overlapping.

When i start the game the menu should immediately be showing since the hero and monster are overlapping but it doesn’t until i click on the actor.

I spawn the hero in code but the monster i placed in the scene.

This is what i see when i just add a hero and a monster to a blank level. Notice the collision volumes are not with the actors but offset. 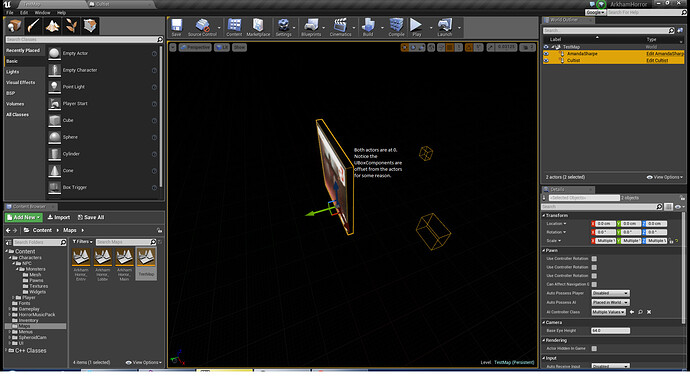 ![2]:75041-
Edit: After even further investigation it appears that collision components added in code is the root cause. i added box components to the hero and monster blueprint and they appear at 0 with the mesh and trigger collision as expected. So worse case i have a work around but since i’m going to be creating multiple monsters and heros i added the collision component in code to save time adding it to each blueprint child

Closed by user for user error. Resolving for tracking purposes.