Made a video to show the progress made so far this 2021. Been a hard year, but still managed to learn a lot and start to be proud of the project I’m working on.

Any feedback will be much appreciated!

EDIT: I’ll be linking here the videos I’m posting on youtube regarding the game development ^^ 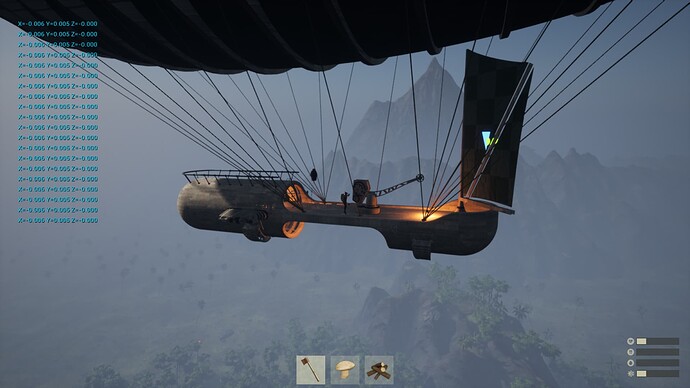 Hey @TIBERIO2, thank you for sharing your wonderful creation, “Bruma World,” here on the Unreal Forums! I’m glad to hear you were able to traverse the year’s difficulties and really dig into your project and get it to a place where you can reflect and be proud of how far you’ve come. With that said, Bruma World looks fantastic so far, and your hard work is paying off!

Will Bruma World be an open-world single-player RPG, or will it be an MMORPG of sorts?

Thanks for your kind words! Really!!

My goal is to do a multiplayer game in an open world, where players can meet/interact with other players, create crews to build/fly big airships and also NPC to interact with along the world; doing missions, exploring and trading and last but not least… surviving

Said that I’m pointing more to a small dedicated server game, thus with a limited amount of players in the same place than rather a Massive multiplayer, that with my current skills/knowledge is not possible right now. I’m always eager to learn new skills thought! ^.^

It was my pleasure! I understand creating a game as ambitious as this can be not easy, but I’m glad to see you’re up for the challenge! An open-world survival game where I can create/fly giant airships with friends is exactly the kind of game I look forward to playing.

I’m really excited for you and excited to see what else you have in store for us as you continue to expand upon your progress of Bruma World!

I’m currently working to have in a month or two a tinny demo. It will be basically a single-player game in a “sandbox” map where the player can test the main game mechanics, fly a paraglider, building and pilot an airship, gather resources and alike.

It’s more to do a test than anything, but If you would like to try it I can poke you and send a link to the game. I’ll put it here too ^^

Have a nice weekend!

A working demo in a month or two? This is excellent news! I would be honored to do some test game-play. Would you please send me a game link if it’s not too much of an inconvenience? I also have this forum post bookmarked and watching this thread closely; if you want, just drop the link in here, and I will see it all the same! 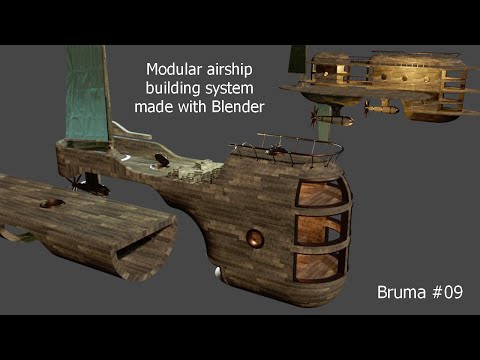 @Zezkaii Sure think! It will be a pleasure!

Just trying to upload an image so the post has a thumbnail ^.^

Your thread has successfully been updated with this awesome thumbnail picture! I watched your recent linked video about the Airship Modular System and was wondering just how much freedom we will have when building our airships; will we have complete control of the airship’s designs inside and out?

This is the idea, so I’ve been working on the modular system so one can build its unique design like if it was a Lego game. I link an old video (sorry for the quality and sound) where I show the process from building the airship foundations, while fixed to land thus can be used as a static ground base, until the installation of the balloon, breaking foundations and flying away. All the non-structural components, like motors, keels, sails, storage containers, cranes, lights, etc… will be built the same way. Also, the airship controls won’t be “WASD” you will have to move to the desired component (propeller, crane, light …) into the ship and interact with it, so on bigger airships, the idea is to make possible the “cooperative” sailing.

Speaking of the building system itself, each part has its “snap points” were to join another piece in a certain specified way, in order to not make weird results, like non-seamless wall joints, or “upside-down” windows for instance. (You will see the “snap effect” on the video) 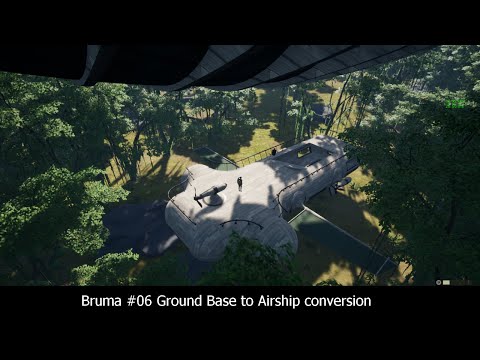 As the designated home builder of my friend group, I’ve always hated crafting 10 different types of railings to decorate my bases, but you’ve changed the game.

How difficult was it to create this system? It’s super impressive!

I don’t have a short answer for that I think. I think that a railing system ends being as simple or complex as the wall/roof modular system has to be attached to. In my case, I wanted a 4x4 modular yet round design, and as simple as possible so I ended with a 2m radius profile with only 3 types; straight-wall/roof, convex 90 degrees, and concave 90 degrees, with the respective railings. Later on, I have an extra railing to adapt to the ladder. I attach an image of the blender file I have all the modular system with the part and railings I’m referring to. 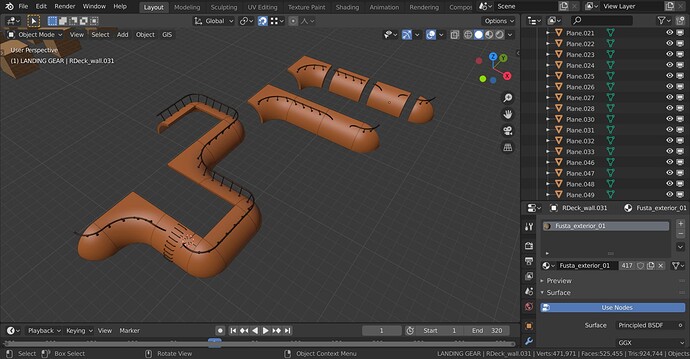 So in other words, the key of a railing modular system resides in the wall modular system itself. Feel free to put a picture or explain your current wall and railing system so we can discuss further

Oh, I was talking from a gaming perspective and getting to toy around with this as a player. I have never seen such an intuitive building system in all my years of playing survival crafting games.

You’re crazy talented, hope you keep up the terrific work

Oh, I totally misunderstood the question my bad

The building system is basically a snap system, but instead of “snap to grid” it’s a “snap to mesh sockets”. So for every wall part, I add some specific sockets I can snap to. So putting the railing as an example, I make a [line trace by channel] to check the mesh I’m looking for, then I check if the hit mesh has a socket that the railing can attach to, and then I set up the relative position and rotation. If there is more than one socket found within the same mesh, it goes to the nearest one. I ended using Quaternions due to the “gimbal lock” to set up the relative rotation. I have a struct for that so the “straight railing” have a struct with a “straight roof socket”; 30 degrees rotation in X-axis and 0,0,0 relative position. 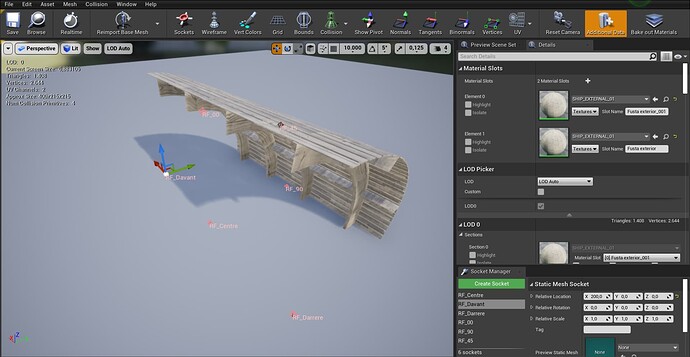 and thanks for the support! ^.^

WOW, your Airship building system is way easier to navigate than I expected it was going to be! It is also quality ASMR listening to the building pieces snapping in place; indeed, music to my ears! Thank you for answering my question, and Happy New Year to you too! I was having hard times with the clouds’ shadows so tried to use a light function instead, basically plugging the same Voluemtrci geometry/data to generate the clouds as a “light decay” in the light function. These are some screenshots of the result. Still needs some tweaks 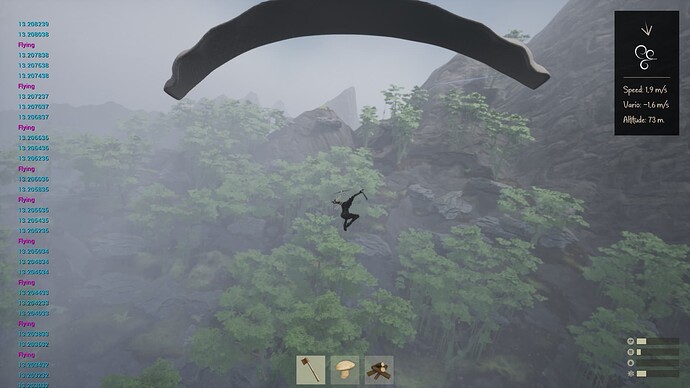 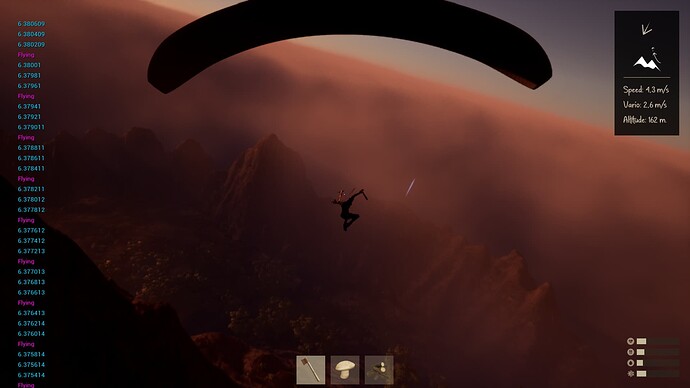 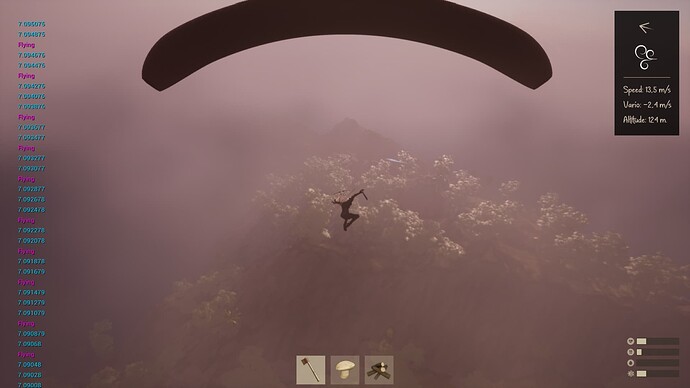 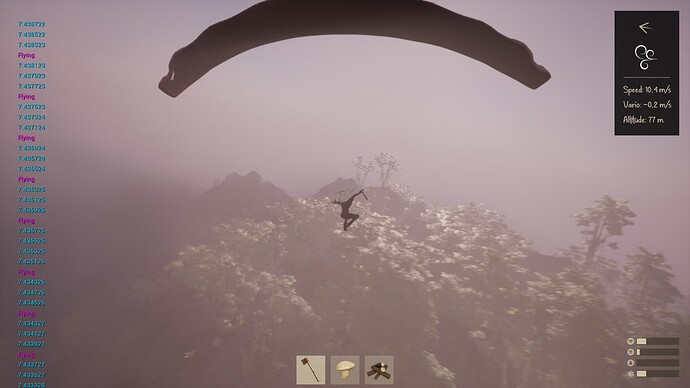 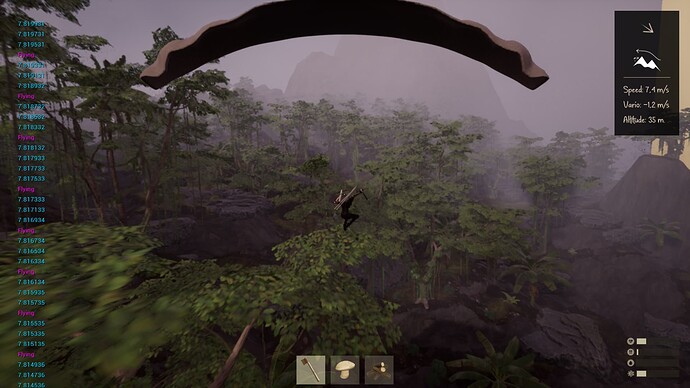 Working on the demo level, which will have several distant mountains. The next video is a test trying Landscape/Mountain impostors. The idea is to have a BP_Impostor that will have a very low poly mesh of the landscape/mountain top that will fade out as the player approach and load the actual level. Any feedback is much appreciated! Later on that BP_Impostor will be used to procedurally generate different worlds or manually (Click & drag) impostors to create the world.

Hope you’re having a wonderful day.

So glad to see an update from you! This world you’re creating seems absolutely massive. I can see people building entire towns together to take over parts of the map, and being that territory wars is a favorite survival aspect of mine, do you plan on making pvp a thing or is it more of a pve survival?

As always, keep up the amazing work and I look forward to your next post!

Hi @PresumptivePanda ! Sorry for the late response. Right now I’m working mostly in a PVE environment. I’ll love to see PVP too, but that would be at the end of the development to be honest. So my “road map” Right now is → Demo → Single-player survival game-> Multiplayer PVE → Multiplier PVP.

Also, been working on the "new architecture/survival buildings (the other one is the older/sunken/steampunk world architecture). I’m considering making it not only NPC settlements but also player constructed (modular pieces). Said that those settlements are meant to be temporary because the weather is that hard that soon or later one will have to pack everything and move along. 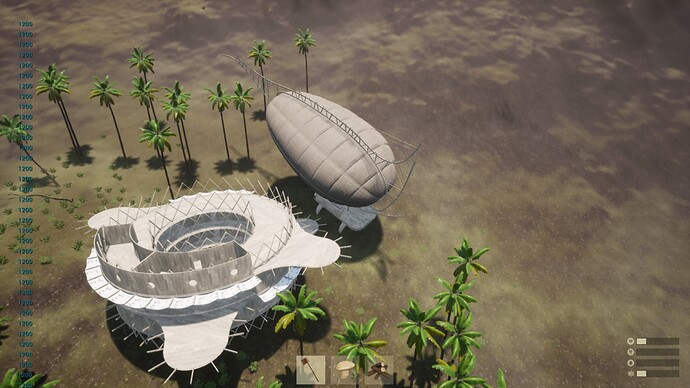 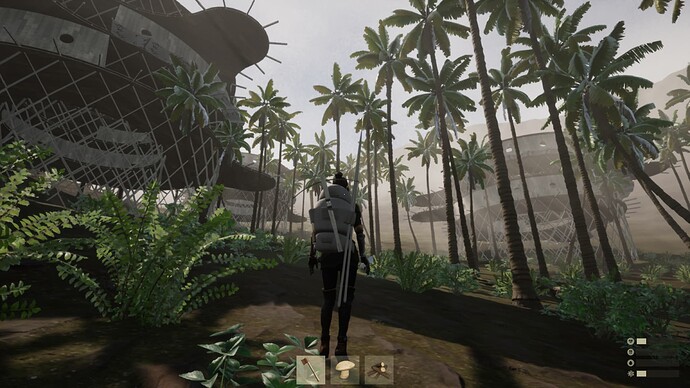 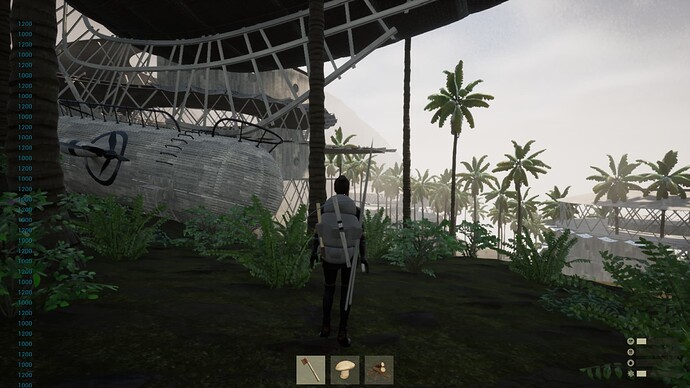 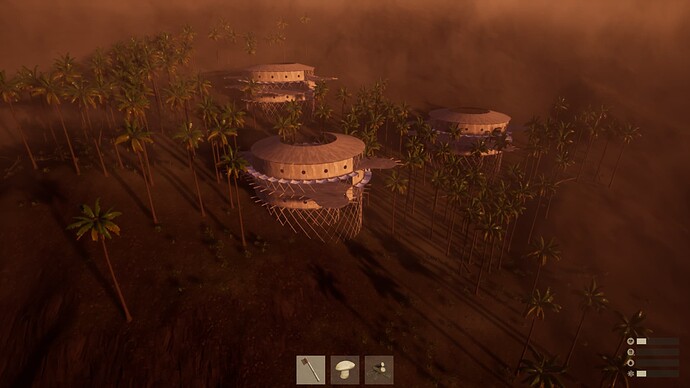 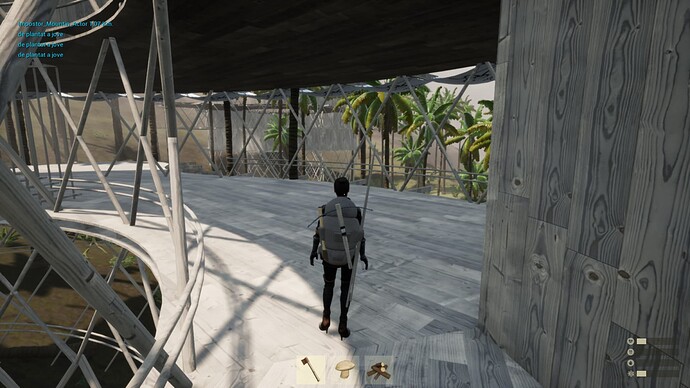