Can someone please help me fix this. I really appreciate your help. 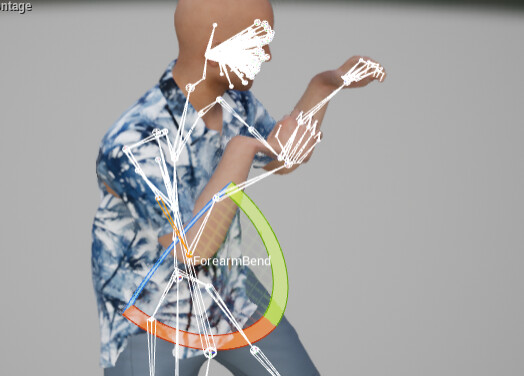 Hi, To add an information to the post I put, I imported another new character (a girl character), which has the same skeleton as this male character in the picture. I see there are some new bones created, while the new character is imported. 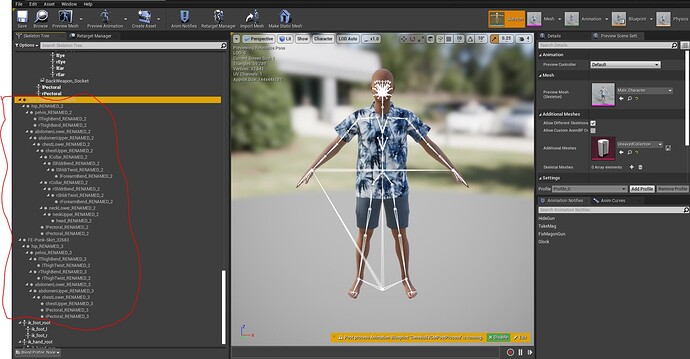 I am not sure, if deleting these bones will cause any issue. Can anyone please advice. I am not a rigger myself, so not sure, if this could resolve the issue, or could cause more issue. Because there are lot of animations done with this male character already. I do not want end up in redo-ing everything again.

I appreciate your help

It will invalidate any skeleton that uses those bones.

Other than that, it should be OK to delete it if the bones aren’t in use.

It’s likely you mistakenly updated the base skeleton during one of the imports.

If you have a project backup just re-load the original skeleton from it instead. (Maybe in your /saved as an auto save too if you don’t clear those).

Are you using Genesis 3 or Genesis 8?

Genesis 8.1 was just introduced and has backwards compatibility issues so you might have to generate and retarget the animations. 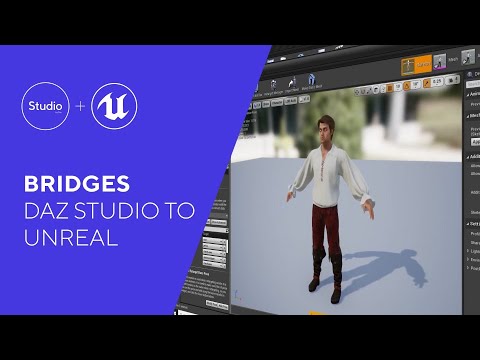 Hi MostHost_LA - Thanks and Yes, I do backup my files everyday. I will copy and paste the skeleton from my backup.

But while I transfer my new girl character from Daz to Unreal, it automatically appends into this skeleton. I guess I need to export it as FBX and import it again, so that it will allow me to create new skeleton.

@MostHost_LA Ooooof! It saved me from re-doing a lot of stuff. I took the Skeleton from Autosave and restored it, that solved the issue.

Thanks a lot bro! You are an angel!

But I am afraid if I import the girl character, the Skeleton will again get spoiled. I shall try importing into a new project and migrating the asset to my project. I wish that will work.

Well, I tried importing as an FBX but the morph targets are not importing.

I’m not sure as I do not usually use Daz.

However I think that if you poke around in the mesh Import Settings you should find a checkbox for updating the skeleton when you re-import.

Theoretically, It should be enough to disable that box and just re import.

Since you are using Genesis.

An interesting feature added to UE4 is you can import and update the character rig that contains unique children bones and will create a series of phantom bones, greyed out as in you pic, that will accept animation keys if they are present in the animation data or ignore them if not.

This allows you to make use of the same base character rig, Genesis 3 for example, but account for added asset bones in Daz studio that accounts for unique asset requirements.

In context this is more of a mater of understanding what Daz Studio does and not so much a issue with Unreal 4 as it’s doing what it’s told to do. There are a few reasons as to adding phantom bones but the most common is not “Fit To > Genesis 3” as to added clothing assets so when exported is done as a unique element to the character, and create the phantom bones, when fitting it to the G3 framework will combine the clothing asset as part of the export.

In this configuration best practice is to make each character unique as to fit to finish needs as you will run into compounding problems. IE the more you add the more messed up it will become. Good example is the Paragon assets which use the same basic Epic rig but are unique as to animation and clothing assets.

@FrankieV - Thank you for the insights. But I didnt use Gen3, I used only Gen8. I guess you’ve been in this rigging and animation for long. I am a newbie to Unreal Engine and not much familiar with the rigging constraints. Can you kindly help me with the following (but in a simpler words please for a newbie like me to fix the issue better).

The girl character which I mentioned before, I downloaded the Metahuman character, and retargetted the mocap data to the facemesh. I get the following result. I see the bones that do not have corresponding target are turning 90 degree. This causes the stretch in the skin, and wrong orientation in some places. I put the picture of retargetting below. Can you please see what can be done.

1 file sent via WeTransfer, the simplest way to send your files around the world 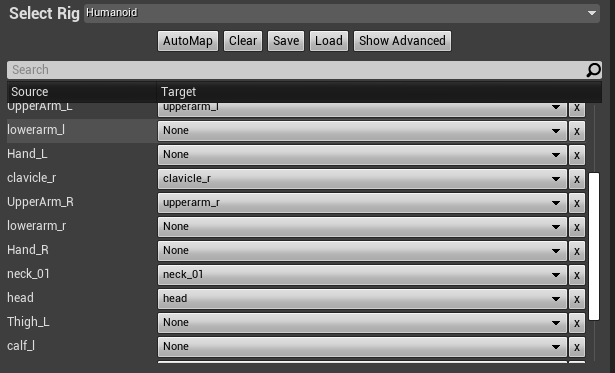 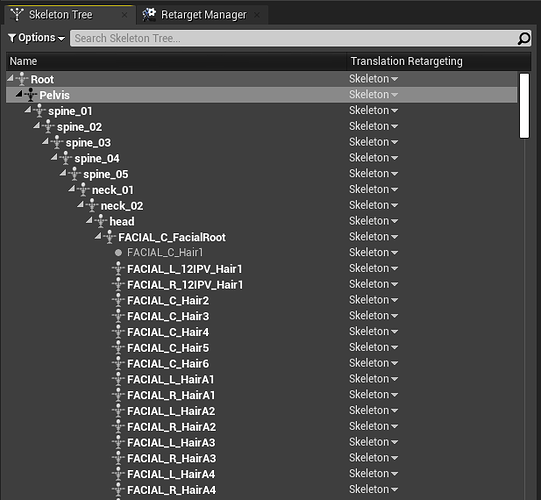 Thanks in advance.
Regards,
Siva

Be it Genesis 8 or Genesis 3 the framework is still the same.

Well I don’t use UE4 to retarget animation as in my opinion it’s a half way done feature addition. I use Motionbuilder instead as it is designed to function based on animation retargeting by default but the base requirements are the same. Assuming the base requirements are the same the logic is the same as to my opinion as to why the “control rig” feature has been added as to how retargeting in UE4-5 will work in the future.
In Motionbuilder the character rig needs to be facing the Z direction and in the T pose. Once the orientation is set you can then add a control rig and channel the animation to a totally different rig, naming convention.

Thanks @FrankieV .
I never used Motionbuilder. I can check it.

Hey by just fixing the joint orientation can fix this issue.