So I’m currently working on a realtime multi-bone IK AnimNode, using the FABRIK approximation algorithm. This particular algorithm calculates positions for the bones, and you then re-orient the local rotation axis so that the bones affected continues to ‘point’ towards their children afterwards. For that purpose I’m using the following code: 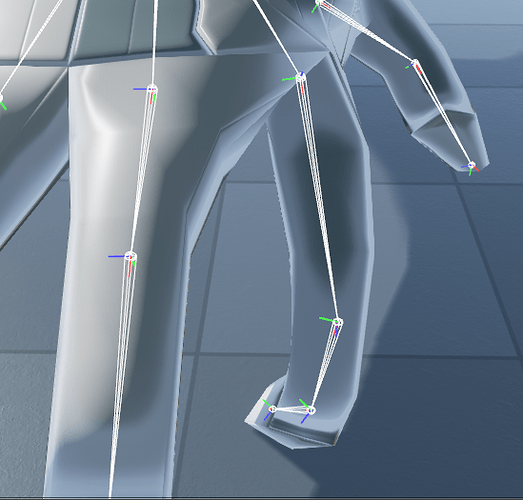 You can see how on the middle finger the Z axis is pointing left, with reference to the camera, and the Y axis is down, but on the index finger, which is the one being driven by the AnimNode at present, I’ve got rotation around the local X such that Z now points towards the camera.
Is there something I’m not doing, which would constrain the calculated rotation so that I don’t affect my local Z axis, or a different method to calculate the rotation around the local Z axis instead which would effectively do the same?

Changed code to use

and all is working now. Thanks to Rama for helping out with the DrawDebug functions - that was how I finally solved this.