Been trying to sort this out for a while now. On the right is the asset as it is imported. With the Alembic applied (left) it has normal errors. This is coming from Maya. I have tried a lot of settings and nothing seems to work.

check the world normals view mode… to me it looks like they are inverted/swapped.
also try a basic material to pinpoint if it is indeed the normals acting up.
not a maya user but in max if you have normal modifiers on one of the objects sometimes it messes the objects normals on import

Thanks for the reply. Here are some screenies in world normal view. 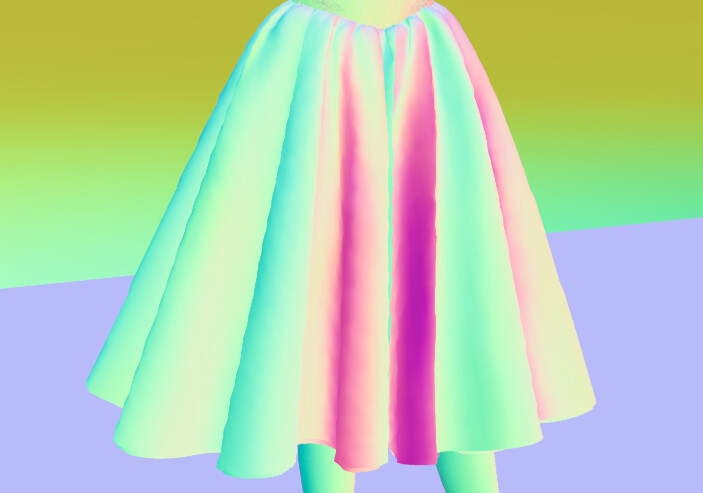 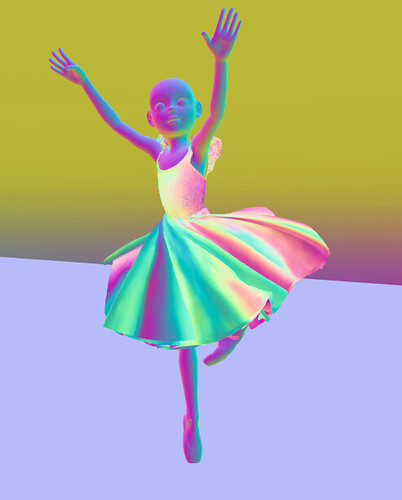 And the same pose in normal render view 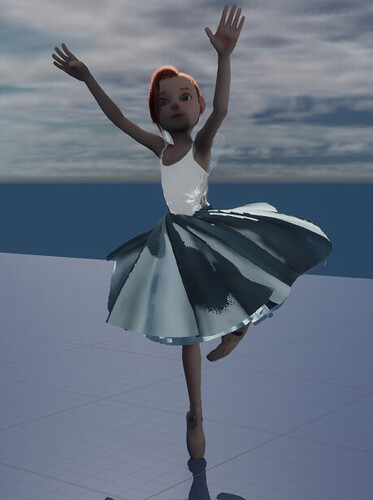 Normals are fine in Maya. Yes there are ways to recalculate in Maya. But that is not the source as far as I can tell.

They are fine imported in Unreal. They only break with the animation applied. I have tired every import and export setting related to normals in Maya and Unreal, with no effect. I have googled this, others have the same issue, but I have not seen a solution.

It looks exactly like degenerate faces. But it can’t be since everything is trianlges. However don’t know how Unreal treats that. I can’t triangulate from Maya. I can from Blender, but the alembic looses its sync in a strange way I can’t seem to sort out.

No animation on the left. Animated on the right. 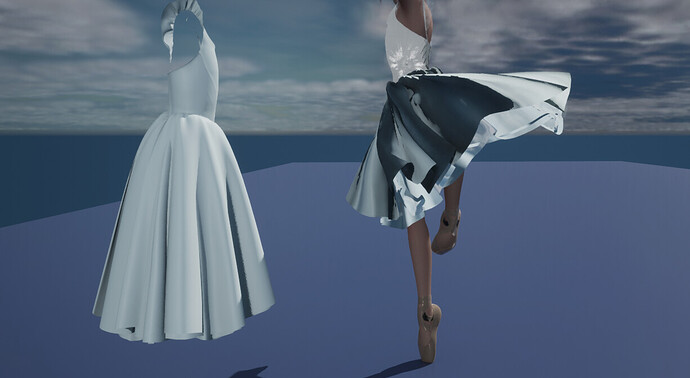 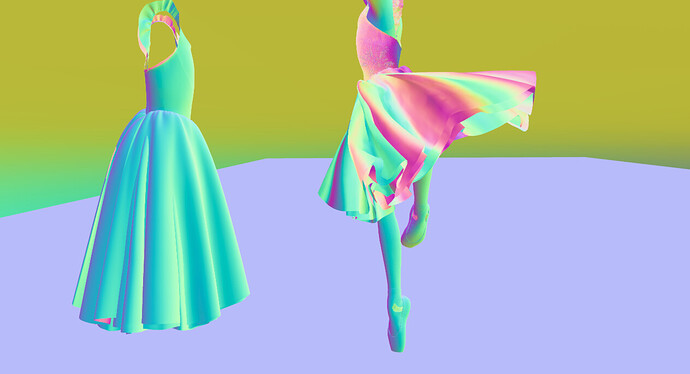 I am going to export again from Blender and see if Triangulate makes a difference.

are you exporting with the character as well or just the dress?
i noticed that when exporting multiple (separated) objects as one fbx, sometimes one of them gets the boot,i.e has bad normals - especially if as i said, one of them has any normal modifiers.

hey Richard.
did you find out any solution for the ugly normals?