Looks very good, reminds me of the shooters from the Tom Clancy games, primarily the Rainbow Six series. Even though it isn’t finished I really enjoy what it looks like so far, keep up the good work.

Here is some more work on the high poly for our eponymous agent. The lowpoly is in the process of being unwrapped and then we’ll be taking him through the texturing process.

We finally have a BLISTER agent in game with a video to follow. His texturing is currently temporary but it’s great to have him in game. 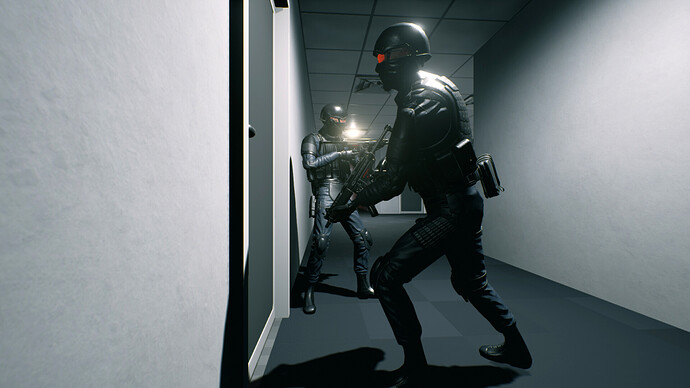 Also a new video of breaching multiple rooms, and the last weapon to be ported over to the new arm rig, the UZI. (Temporary iron sights of course) 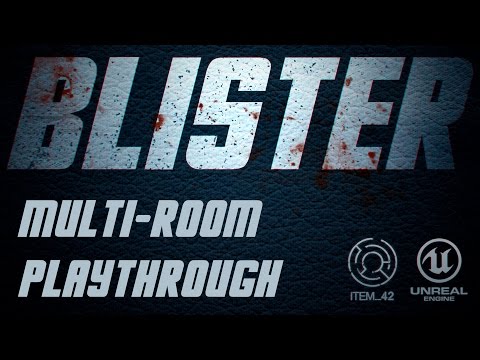 Back with an update! We’re working on the new loadout menu, but for now here’s a video showing some of the possible attachments for customising your weapons 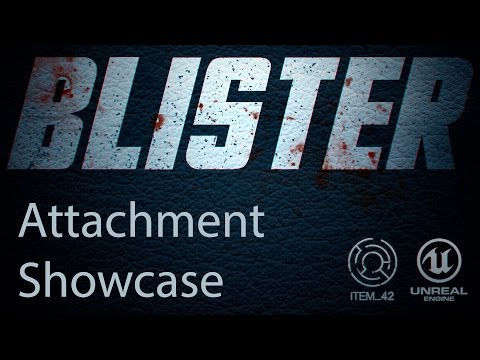 looks interesting. But I don’t see aim in videos.

Some awesome updates on the level we’re preparing for our greenlight trailer!

What a lovely destructible environment !

Thanks! We’re trying pretty hard to get the aftermath of a firefight to be really apparent. A big part of that is just making a lot of stuff happen when bullets start flying in a room, like paper being dispersed and fragments of dividers coming off. The goal is to be as visceral as possible

Concept art for the updated terrorist models! Their clothes are headpieces are modular and the colours and patterns will be randomised

Finally after a huge amount of work the above concept is put into practice! In-game fully working are our randomised enemies!

Some sweet pictures of the level we demoed at Zealous X (An event in London). Gameplay video soon!

Very nice project so far, loving the destructible environment. I will be looking forward to seeing more.

I´m new here and wanted to ask the following questions about the Game Blister:

I had left a message at item42.com at “Contact”. But it has been a long time no one reported.

Then I googled and found this site…

I would like to get in touch with the developers of Blister. I want to express “very important” whishes for the Swat4-Community.

We Swat4 players have been waiting for a successor of Swat 4. And Blister is a game that Swat 4 is very close…

I want to be very brief, because I’ve left a message already in item42.com. I would be glad if you also answer me from there…

The crosshairs in Swat 4 is one of the best crosshairs ever programmed.

Dozens of players are playing yet Swat 4 and we know about the game Blister.

We’ve been waiting very excited about the game.

No other game has such a reticle as in Blister…

It would be very nice if you could (maybe optional) integrate the crosshairs of Swat 4 in the blister game.

It would really be very pleasing and super if you could integrate the crosshair system of Swat 4 (Optional, for players who want to aim as in Swat 4). So that on the screen the gun is visible, the player but still with a crosshair (exactly as in Swat 4) aims, which appears in the center of the screen. (So ​​do not aim the weapon, but with the typical crosshairs as in Swat 4). Namely, it is annoying and undesirable to target by the weapon for many players.

The tiny “point” in the center of the screen and the four lines around it are so wonderful. Simply typical Swat 4 …

(Do not forget the tiny dot in the center of the screen around which are the lines that form the crosshairs;);)

We hope that will be adopted at the game.

We Swat 4 players waiting for a long time namely on a game, as the successor to Swat 4

You can check it anyway.

The VIP escort servers are still filled daily. This is one of the most popular multiplayer mode in Swat 4. There are many clans founded by the mode. It would be very unfortunate if the VIP Escort mode would consist only in Swat 4 of its history.

If at least the VIP escort mode would be present, that would even be enough …

We were in the video shows not see the Tazer gun and pepper spray.

We hope that you also integrates the Tazer gun and pepper spray.

It would be very great if you could take this element into Blister.

7.1. Breakthrough charge (C2 to open doors explosive, with lethal effect (if someone is in the immediate vicinity of the door)

7.2. Breaching Shotgun (to blow doors without lethal effect as C2)

It would be very great if the pepper ball gun is attending (in the non-lethal weapons).

Otherwise you can watch the game (Swat 4) look at it.

As I said, we have been waiting for a game that contains elements provided by swat. 4

These points we wanted to mention it. These are the points that most wish for love.

We Swat 4 fans hope that we can see these elements in your final game.

We would be very pleased if I would note the way of swat. 4

… And congratulations to the development of Blister …

Hey Jassin! Thanks so much for the post, I’m sorry I haven’t seen your email through the contact on item42.com, it seems it was sending to a depreciated email address. It’s fixed now though if you wish to ask more, or you can continue posting in this thread, whichever takes your fancy.

A lot of the aspects of SWAT 4 we were already planning on adding since it’s such a huge inspiration for BLISTER, the breaching shotgun, Gas/Stinger grenades, gas masks etc. Most of the elements you listed, in fact. Some are already implemented such as the door breach charge and different types of vests. Right now we don’t have any immediate plan for multiplayer because of time and staff constraints, but it’s something I would really enjoy to get in eventually. Unfortunately I can’t guarantee anything on that front. What will be in is different types of objectives like SWAT 4, like rescuing hostages.

On the crosshair, since the gunfire is one thing that is considerably different to SWAT 4 we aren’t entirely sure about adding a crosshair as we started from the beginning making the gunplay centred around not having one. We might add an optional one so player’s have the choice but I do think BLISTER works far better without one. One thing that’s important to remember is that we aren’t making a “SWAT 5”, more of our re-imagining of the tactical SWAT game genre.

Thanks for your interest in BLISTER! SWAT4 was among the various influences of the game so as development goes on you will begin to see some more similarities (and differences) between BLISTER and SWAT4.

There’s plenty to respond to here so I’ll do it step by step:

Just to reiterate, there are significant differences between BLISTER and SWAT4 but the experience will hopefully be just as intense and tactical. Soon we might release a public trello board so that people can see the whole development map for BLISTER planned out to understand the game better.

I did not think that I get such wonderful reply…

Very many thanks for all the answers…

Each set of the responses is explained fantastic …

The answers are very satisfactory …

If your someday create a multiplayer mode, it would be really awesome if it would resemble the Vip escort of Swat4.

The largest team spirit and cohesion of the players is reflected in VIP mode. It is simply stunning to escort a VIP as a swat and to protect him as a “TEAM”. Or as a suspect to kill the VIP (After he was detained for two minutes as a hostage).

Further requests and suggestions that has been forgotten to mention:

It is very helpful to be able to use the Head cam from other players. So you know all about the situation in other areas. This is an enormous advantage, which also makes a lot of fun in Swat. Thus, team partners better communicate and retrieve information (about the different locations). So you can react accordingly better…

It would be very unfortunate if that were not present in this Tactical Game.

It brings a huge advantage when the opponent only parts of his body shows.

The best lean possibility is in swat4. One sees there more than 90 degrees when you lean…

If you add also leaning, then it would be very nice if one also sees a wider field of view. (As in Swat)

Of course, not as if you have a sniper rifle…

I noticed in a video that some grenades (whether Stinger, gas or flash) are not thrown by hand … The player holds the gun in his hand and throws (without changing) a grenade.

If you change the weapon, you sometimes have a disadvantage. During the procedure an opponent can attack. Because it is a long time without reaction during the change. This should exploit some opponents.

Quote: “…or you can continue posting in this thread, whichever takes your fancy.”

Okay, I’ll do that. Thank you so much for this opportunity…

We’ll talk in the Swat 4 community. New suggestions and requests would then presents here…

Again many thanks to Darkly and Kromenoi for your answers!!!

Much success in the development of BLISTER. We wait all excited…

Thanks again for all the suggestions, as for the grenade video - have a look at some of our newer videos to see how the grenade system behaves now, that’s a very old video (from exactly a year ago I believe). As development goes on lots of things will start coming together, perhaps you’ll enjoy our WIP Trello board for the roadmap to release: Trello

Just to note, the Trello board is still being written so if it looks incomplete… that’s because it is.

Just for a quick update, here’s a quick render of a new gun we’ve just fully implemented into BLISTER - the Walther P99, a German handgun favoured amongst law enforcement teams around the world. In the UK the P99DAO variant is used by the Nottinghamshire armed police.

This is awesome, and it’s cool to see two brothers working on this together. The game reminds me a bit of Rainbow Six Vegas. Keep up the good work! =)