I’m struggling here and I don’t know what exactly the issue is, I feel like there’s something simple that I’m not understanding fundamentally about the way Blender exports its models and skeletons.

I created a < 5min long video to show the problem and a couple of different import methods: 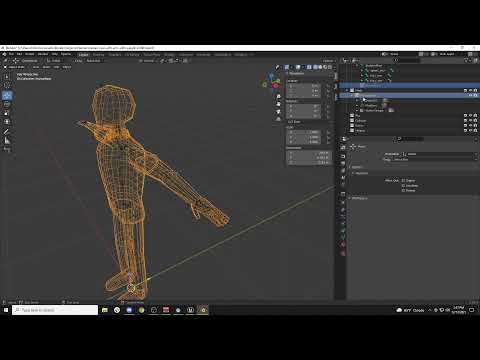 But basically the gist is, when I export a mesh + skeleton from Blender into Unreal it doesn’t show the correct bones for what they are in Blender. My hand_l_env bone, should be the forearm bone like it is in blender, but when I export to unreal engine, it shows my forearm bone as thumb1_l_env.

I’ve tried several export configurations and none of them work.

What’s the correct way to export from Blender so you get the correct bones like they are on my blender asset?

In blender, the representation of the bones do not matter / match with unreal.

To have ‘chain’ looking stuff (what you are used to in Maya?) In engine,
You position the fat end of the bone default octhedral view in blender where you want it, and you parent it to the previous one.

The tip end doesn’t really matter (engine axis are different from blender) so its not like they don’t matter, they just need to be rotated properly for mesh distortion.

Best way for you to figure stuff out is to export the mannequin and play with it.

It makes sense after you break it down and reproduce different rigs in engine.

It’s really just about visual representation - nothing else. The rotations are all still the same internally.

When you create a bone in Blender, it will automatically assign a Head (start) and Tail (end) location to the bone. This a Blender only thing most other DCC applications like Maya use only the start location.

UE follows the same conventions as Maya. This is where the ‘leaf bones’ option comes from. In these software if you want to be able to see both start and end a bone then you need to add a useless secondary bone just for visual reference.

Your armature has successfully transferred to Unreal in the video posted above. You can confirm this by rotating the control on the end of any finger. It should move the parts of the mesh for the bone that is not ‘visible’ in ue but can be seen in Blender.

You can think of the visual representation of any bone in Unreal as a single point. Unless there is a child bone further in the chain with which a connection can be shown.

Thanks for the replies. I was legit about to just find another software to do this in because I didn’t understand what blender was doing when exporting to unreal.

I was just using the UE4_Mannequin to make my control rig last night to unblock myself from this.

When I get closer to actually wanting to add my own meshes to the game I’ll revisit this, but this is good to know.

@MostHost_LA Can you expand or show an example of your statement below?

To have ‘chain’ looking stuff (what you are used to in Maya?) In engine,
You position the fat end of the bone default octhedral view in blender where you want it, and you parent it to the previous one.

I’ve never used Maya, only Blender. So I’d really like to know what you mean by this so I can achieve the desired results. Or at least figure out how to perform this workaround to get my bones named properly.

Import a regular mannequin as the tutorial shows.

You’ll see the bones are fipped in wierd positions.
(Visible in this video thumb) 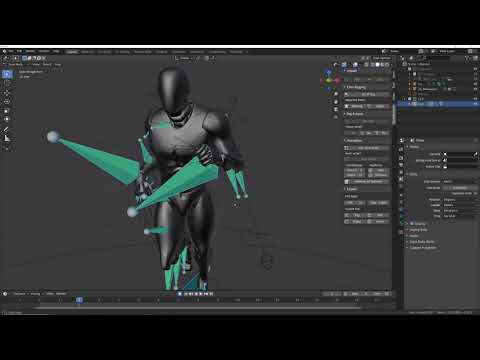 This is how Blender represents the rotations from the engine.

Now.
These “visual” rotations do not really matter when making your own rig.

The engine will “chain” bones based on parenting.

Open the mannequin. Edit the bones.
In blender default, you will see little dotted lines between all the bones.

Ue4 will render the shape of the bone along that line - pretty much no matter what.

When making your own custom rigs, you can indeed break away entirely from the orientation misshap between the 2 software.
You can have your own rig set up in blender to “make sense” in blender, import it to the engine, and find it looks somewhat identical.
The bones are however shifted down a notch.
(I’ll try And post a side by side comparison of this as it’s probably more useful than the rest.)

Overall however. Do what you need to do in the DCC. The engine will adapt.
When/if you have retargeting problems, you can manually adjust your custom rig Rest Pose to fit an exported and equally scaled (don’t go scaling only on one axis) mannequin or “engine” Pose (you could be trying to match to paragon animations too ya know?)

hi
thankyou so much for your explanation
my question is all the tutorial videos on youtube , all skeleton looks the same with correct naming in both blender and unreal . but for me it is not