Black flickering on meshes and grainy border around screen in UE 4.9

Every project that I’ve run in 4.9 has two issues: black flickering on mesh surfaces and grainy borders around the screen. Old projects that ran fine in earlier engine versions suddenly produce these glitches when converted for 4.9 or when run in 4.9 without conversion. All new projects in 4.9 have these issues. The issues appear both in the editor and when playing the projects, and it appears that they may be closely related, because the grainy borders occasionally begins to flicker exactly like the mesh surfaces. Both issues are described below in more detail.

Regarding the flickering, meshes have a black flickering that becomes more prominent as you get closer to the meshes. The flickering happens merely slightly (or not at all) when you are moving but then becomes very prominent once you stop moving. Changes to Engine Scalability Settings affect the flickering, as seen in the attached images below of a C++ FPS Template project. 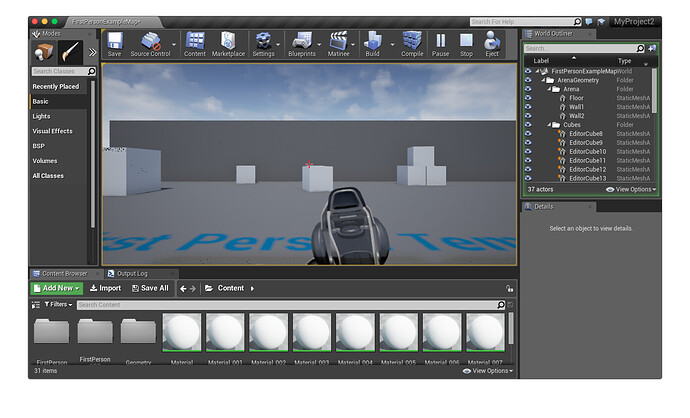 Image 1: With all Engine Scalability Settings set to Epic, mesh surfaces show almost no flickering from far away. Only slight flickering is seen at the top of the left-most cube. 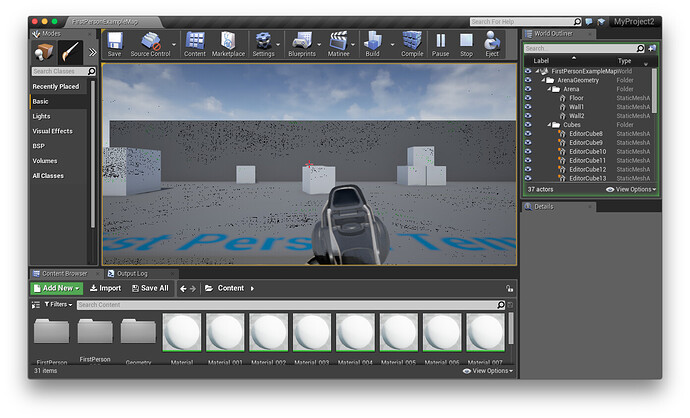 Image 2: With Effects set to Low but all other Engine Scalability Settings set to Epic, black flickering can be seen on most surfaces from far away. 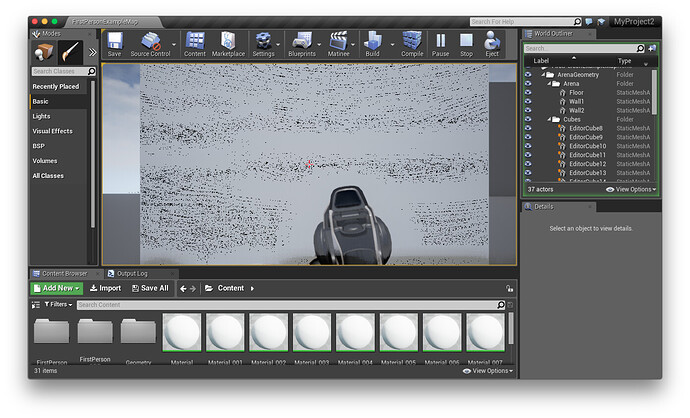 Image 3: With all Engine Scalability Settings set to Epic, there are bands of flickering on nearby meshes, but a ‘flicker-free’ region surrounds the player’s gun. 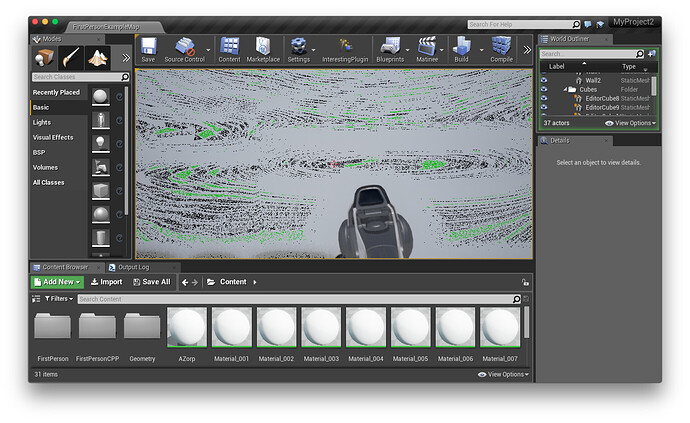 Image 4: With Shadows set to Low but all other Engine Scalability Settings set to Epic, the ‘flicker-free’ region surrounding the player’s gun remains, but the bands of flickering become more distinct, and green flickering also becomes very obvious. 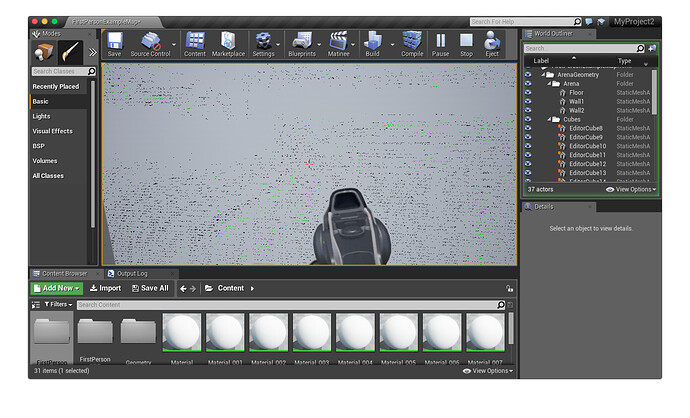 Image 5: With Post-Processing set to Low but all other Engine Scalability Settings set to Epic, the ‘flicker free’ region surrounding the player’s gun disappears.

Setting Anti-Aliasign to anything other than Epic removes all flickering, while Texture Quality and View Distance have no major effect on the flickering.

This grainy region does not become substantially darker when standing near objects that are directly lit (as is the case in all of the attached images), but the region notably becomes pure black when standing near shaded mesh surfaces. The shape can change each time the game is restarted as well, as seen in the images. Not seen in the attached images however is the fact that the grainy region can also extend to the left and right edges of the screen instead of just the bottom edge. It’s unclear to me so far what causes changes to shape or location of the grainy region. Normally the graininess does not flicker, but in some instances it clearly flickers just like the flickering issue described earlier.

If there’s more information I can give to help resolve these issues, I’d be glad to give that information as well.

This could very well be a hardware/gpu performance issue. You mention this is in every 4.9 project, but have you been able to determine if this occurs in any other engine version as well?

Would you mind testing a blank blueprint project in 4.8 to see if these artifacts are still present?

There are a few known issues with AMD drivers and GPUs causing issues with Unreal, and we are working hard to resolve these. In the meantime, if you are able to work around this issue by reducing the overall rendering quality to High instead of Epic, use this approach.

Let me know once you have tested this issue so we can move forward with the troubleshooting process. 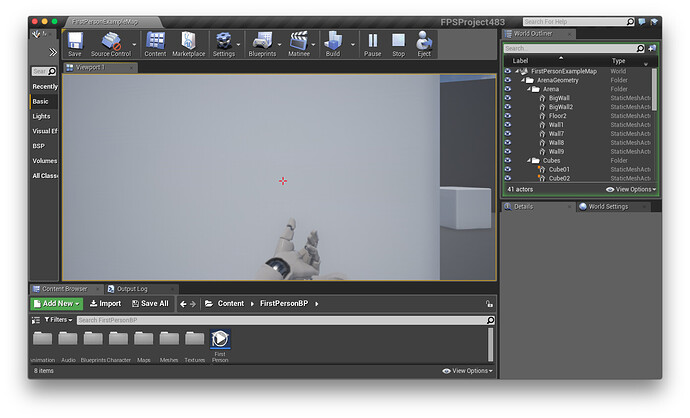 Image 1: Blank blueprint FPS project made in 4.8.3 and opened in 4.8.3 does not have flickering meshes. 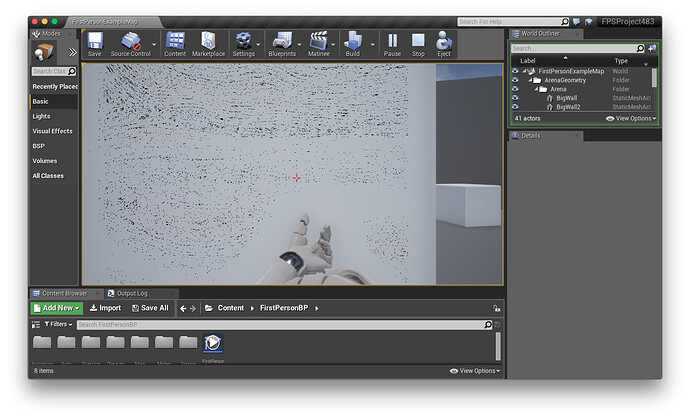 Image 2: Blank blueprint FPS project made in 4.8.3 and opened in 4.9.1 has flickering meshes. There is notably a ‘flicker-free’ region both around the player’s gun and on the rounded corners of the cube. 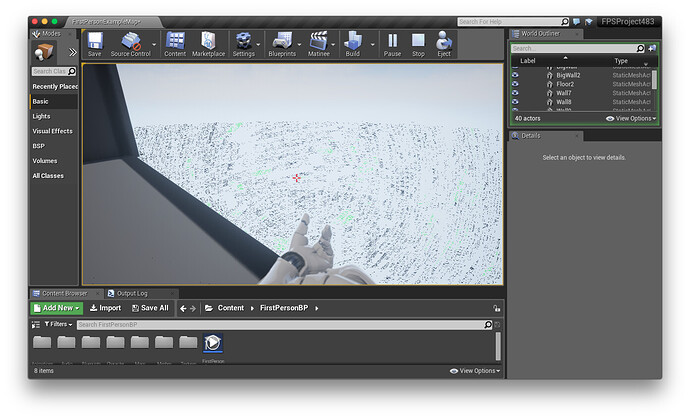 Image 3: Blank blueprint FPS project made in 4.8.3 and opened in 4.9.1 has extensive flickering bands over the map’s edge after a wall is removed. The flickering bands are always concentric and focused around the player’s reticle.

I no longer have engine versions earlier than 4.8.3 installed, but these issues were never encountered in those earlier engine versions. The issues are only seen in 4.9 or 4.9.1.

Thank you for the thorough response and for testing this issue against a prior version of the Engine. Currently we are attempting to find or compile a machine with similar hardware so we can have an accurate test and reproducible case.

As for the bug itself, another user is reporting a very similar issue here, and found the issue to possibly be related to Anti-aliasing. In the final image of his post, he has turned off AA and the issue is no longer apparent.

By default the engine uses Temporal AA instead of the alternative FXAA. There could be an issue with how Temporal AA is being calculated in this version of the engine which is causing these artifacts to appear. As a temporary workaround until we can get a fix implemented, I would try setting your AA method to FXAA instead of Temporal AA within your Post Process Volume.

If you have any other questions, or discover any new information regarding this issue please let me know.

I have entered a bug for this issue (UE-21214). When a fix has been implemented it will be added to either our Hotfix release notes which can be found via our Forums, or our Major release notes found on our Documentation site.