After burying my head on level design without a lot of regard to how that could become a challenge later, I was pretty satisfied with the results for my project’s level structure. I used SuperGrid to design them, and now, it’s time to replace the boxes and slopes with the actual assets for the game. 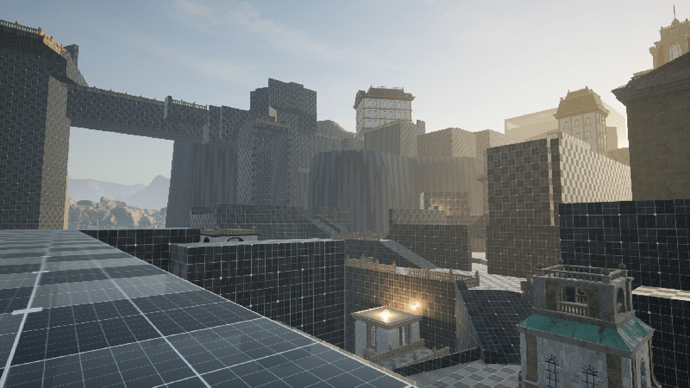 Using Quixel Megascans, vertex painting, and some foliage, I was able to achieve a visual style that I’m comfortable with. 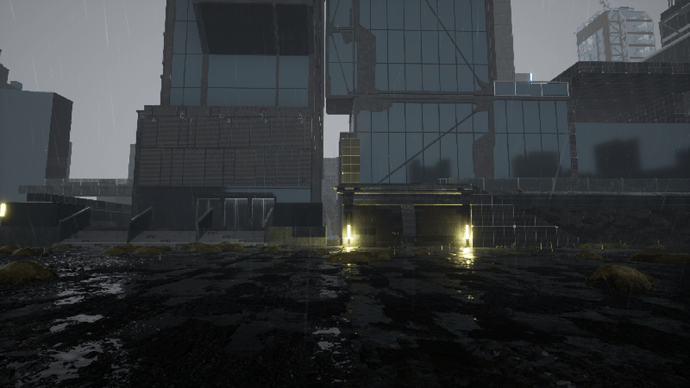 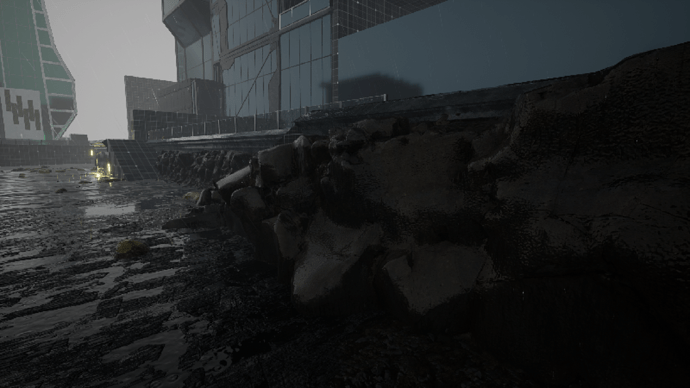 My question now is: what’s the best way to replace the SuperGrid assets with the proper ones? I got a few kits from KitBash3D, and I wanted to use the geometries from them to have a more concise look since I’m already using the buildings and so on.

Things I tried: -Just replacing the textures from the SuperGrid boxes and slopes, but as I used the same box mesh, the UVs change based on the scale. As expected, the textures got stretched. So one good option would be to have a material that tiles itself automatically independently from the UVs, right?

-I also wanted to add some geometries to the walls, to make it more interesting, and so forth. As one would expect, placing them by hand can be tiresome and time-consuming, so I was wondering if there is a better way to do it? I thought about making a blueprint or something among those lines to add them (using the Construction Script), but I’m not sure if that’s a good option.

-I also thought about grouping some assets together (in an actual group or a blueprint) and replace the SuperGrid ones with those. That seemed like the best option until now, but since those would be repeating through the level, I don’t if it’s better to do it through blueprints or blending them using Blender or something, performance-wise.

Please let me know your opinions and if you have any other options. Any help would be greatly appreciated. Thanks a lot.