there has been some “hype” regarding the use of the unreal engine in the field of architectural visualization during the last weeks - initially started by the great tests by koola.
actually his awesome work inspired me (like others) to get the hands on real-time gear again after some so-lala experience with some competing product

well, what can I say: UE4 is an awesome tool - and once you get into the workflow really easy to handle!
I am also very happy and delighted Unreal is crossing my path again after I played it as teenager in the late nineties (**** i’m old lol)

Well: after a busy week I managed to kind of finish a test scene I did, basically a mash-up of an older project of mine - which originally was rendered with the infamous corona renderer and 3dsmax
link: Berlin Flat/Flat - xoio

Challenge here was to import pretty heavy geometry like the bed and curtains and to light this interior in a similar whitish manour - and I am pretty happy it worked for the ost part, although there still are some issues with the baked GI
and some rough mesh-crumpling. But well…
(Guy at the window is a home-made 3dscan of myself)

but see for yourself 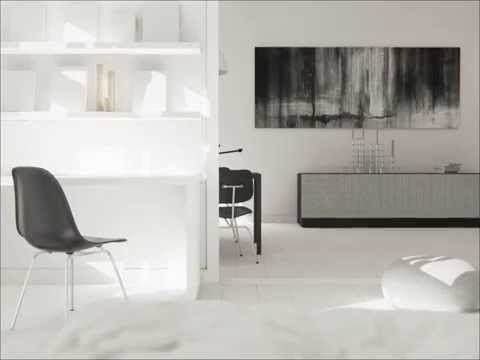 Awesome job! Love the subtle variation in different shades of “white”. What I don’t like is the way realtime engines do the DOF effect, it’s still not convincing enough. But that’s nothing you can affect at the moment…

Awesome job! Love the subtle variation in different shades of “white”. What I don’t like is the way realtime engines do the DOF effect, it’s still not convincing enough. But that’s nothing you can affect at the moment…

well, yes it’s not that easy to control but I am pretty sure you can with more patience than me

Great. You can improve the materials a little.

Amazing work lasse1309. I am really liking the look of the comforter on the bed. Keep up the fantastic work and be sure to keep us updated with any additional work done to this project!

Great. You can improve the materials a little.

they are somewhat rudimentary hehe. actually I guess I have to get used better to pbr modell and -more crucial- the node-layout

This is amazing!!! Lasse, any chance we could put it up on the marketplace?

Feel free to ping me directly at daniel.vogel@epicgames.com.

Man, the excellent archvis content - IT JUST KEEPS ROLLING IN. I LOVE IT :o Like, really. this is stellar. THAT BED

Also - Welcome to the forums!

Unbelievable… is it unreal, actually… lol

As Rafael (who’s interior floor material I loved) said, you can improve the materials (as soon as you’re up to the task after getting comfortable with PBR and nodes

)
Add some normal details on the floor panels, some nice fresnel reflections to let the normal maps interact with your environment… I guess Rafael would be the right to ask questions if you get stuck in the process

The GI lighting and bed geometry really is a great base to start from, though!

hehe, thanks a lot guys

this engine really got me hooked; i am pretty sure this would not be the last thing done with that; no seriously - that kind of workflow seems to be very futurious for me.
In my daily visualization work i am of course working with engines like vray and corona along with 3dsmax but i am pretty sure the real-time approach will do play a bigger role!

Could you share some informations related to the overall ( and detailed, like the bed and curtains ) polycount?

Could you share some informations related to the overall ( and detailed, like the bed and curtains ) polycount?

thank you!
the polycount is rather hicg on the bed and all furniture as well - though lighmass calculation takes some time in “hacked” (check koola’s thread for this) production mode.
bed is around 800k - could be a lot more less, that is true if lot of time spent on optimizing - but i fear the detail would lack then.
moving through the scene is very good with good framerate, but it is not that large after all

sorry, I would have to figure out

This is truly inspiring. I work with vrayforc4d www.global3dee.com and I would like to take my interior visuals to the next level. The above work has given me the push to go for it. Would love to see a ‘making of’ of this vid or maybe a tut on how to create this in UE4.

Great work, it is not unreal, it is real

Hey ^^
Today you released the scene for free on the Marketplace, awesome and thanks a lot!

I’ve downloaded it, now the UE4 launcher asks me to “add project”, instead of create it, i’m lost…