Plugin available on the link below:
http://ar.uplugins.com 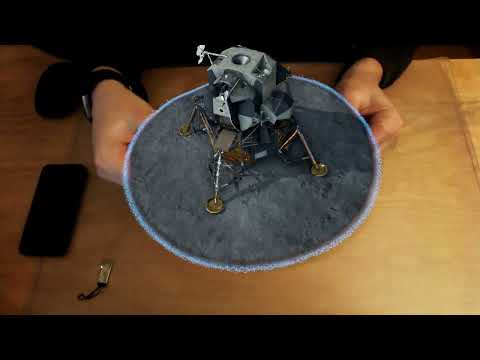 After working on this for quite some time, I wanted to show my first results.
I am developing a C++ code plugin that adds AR capabilities to Unreal Engine 4.

The videos below are featuring simple marker tracking examples based on the open source ARToolkit library. The DEMO can detect and track 2 markers at the same time.
Currently it is just a “proof of concept” running on Windows and Android, but I hope to release it as a plugin soon!

Inside UE4 editor on Windows: You sir, are a legend

Looking forward to seeing how it goes…

That is pretty big time impressive.

OMG, I will buy this so hard!

This is too good. Got to try this.

Yeah, this is ridiculously awesome! Can’t wait to see more.

Yeah, this is really amazing ! Keep it up !

Will definitely be keeping up on this thread

impressive !!! when does your plugin will be in test or released ? and at wich price ? could be very usefull for my work !! thanks

I’ve uploaded a very early binary version of the upcoming AR plugin with a sample project.
Currently it works only in the UE editor (on Windows), and all of it’s features can be used with blueprints. No C++ coding required!

I’ve tried to keep everything as simple as possible.

More info about marker tracking can be found on the following link:
http://artoolkit.org/documentation/doku.php?id=3_Marker_Training:marker_about

There are two main blueprints in the example:

I have just recognized your new post. Thank you for posting the actual state of your work.
I tried it immediately. As I do not have a printer at home I used a mobile device to display the Hiro marker. Although the mobile device display produced an overexposed image for the camera, your example project was still able to recognize the marker if it was close enough to the camera (and not the whole display of my phone was white on camera’s image).
Tomorrow I will have a look at it with a paper marker.
It is very promising, keep up the good work.

Really great job,and I truly appreciate your time and effort

Thanks for this wonderful project.

I’ve added NFT (Natural Feature Tracking) to the upcoming plugin. Generally any image can be used as a “marker”.
NFT is also working on Android. 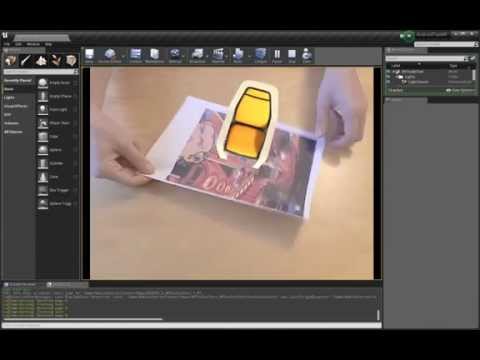 Blueprint used in the video: 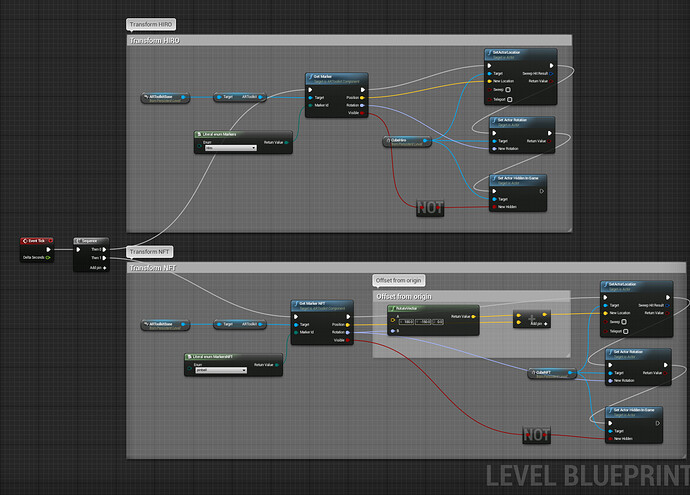 The NFT based solution seems even better and Android support is also important for us too.

This is super awesome. Why no love for mac and iOS ? I’d really love to test this out.