(1)
Opened the PivotPainter.umap map example in the Content Examples demo

(4)
After rebuilding lighting in new project I get 3 errors and 6 warnings (see screenshot).

Could you explain why these errors/warnings occur and how to fix/avoid them in future? 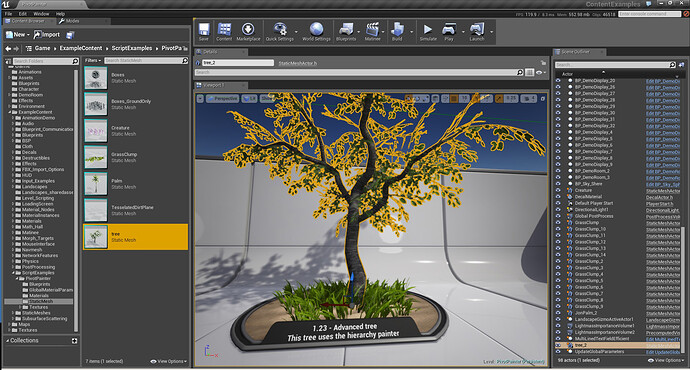 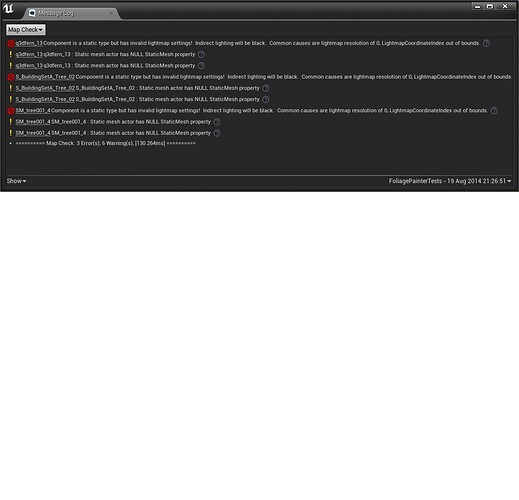 I just tested this in 4.4 and I didn’t get the same errors that you did. Which version of the editor are you currently using?

Fyi, I get no errors when building the lighting for the PivotPainter.umap example whilst in the Content Demo project.

The errors only occur after migrating the asset to a new project.

Hi TJ, I solved the issue. It had nothing to do with the migration.

There are several ‘zombie’ meshes in my outliner that I deleted from my scene some time ago (using Force Delete) and they are confusing the lighting build.

I really have to find a safer way to delete objects with forcing it.
I now delete from the scene instead of the ContentBrowser which does update the SceneOutliner.

Indeed, that is what I just figured out and have have started doing.
The reference viewer does help to get you there.

The [Replace Reference] option also looks like it could be of use, but I always start laughing when I read that
‘Monty Python’-esque sentence and forget what I’m supposed to be doing:

Yeah, that is worded a bit oddly huh.

I’ll see if I can do something about that.