So, apparently theres a thing/program that if you feed it a model or two, it gives you an infinite number of good variations, and they will have plugins for working with engines. What is this, I don’t even… computers can art now?

Discuss. Would love to hear anything from Epic on this.

Generic solutions like this rarely make any good results. Look at filterforge for eg. Some textures look decent but when you take closer look they have lots of tiny artifacts, they are ok as starting point to make good texture but nothing that is ready to use. Some goes for 3d models, i found great plugin to create rocks (or asteroids) results are very good for mobiles (you do not see uv artifacts in low res and without normalmaps), but those generated meshes would be terrible quality on PC with better quality shaders.

And what really annoys me is abuse of term “AI”, we did not create AI yet so how those guys can have AI generated meshes. They just made bit more complicated plugin for mesh morphing, and results are not that good. Nowhere near as good as army of asian 3d modelers.

hm I wouldn’t shoot it down that fast. At least give it a chance.
What they have now looks great so hopefully they keep it up.

The texture tiling thing they have looks decent, I don’t think it’s ground breaking but in their demo it definitely looks good enough.
The heads/dragons generation demo is the coolest though because it seems to do stuff that wasn’t included in the margins of the given meshes. like the earlobe example and one of the dragons eyes also totally shifted.
I’m not saying it’s totally next level yet, but for now it looks promising.

The dream of all the developpers is to replace all the art teams cause art teams are too expensive ;)…

The dream of all the developpers is to replace all the art teams cause art teams are too expensive ;)…

Not sure why so much negativity there, their demos are impressive. Their texture tiling method works very good, altough it doesnt work on every texture, it defenetly does work well on most ground textures, but the more impressive thing is their splat-map tiling system for terrains which makes huge difference. For terrain that is entirely covered in grass not, but for any other exposed terrain yes, it is significant difference, not sure when will their UE4 tool be released however. As for their reference-dynamic asset creation its impressive, if they get it right it for sure is the most revolutionary art development tool created ever since Pixologic broke out. Imagine you make few rocks to pop them in your scene, but you think they are a bit repeatitive and artomatix pops you up 20 additional variations at 0 development time cost.

I know this is a little dated, but worth the mention: 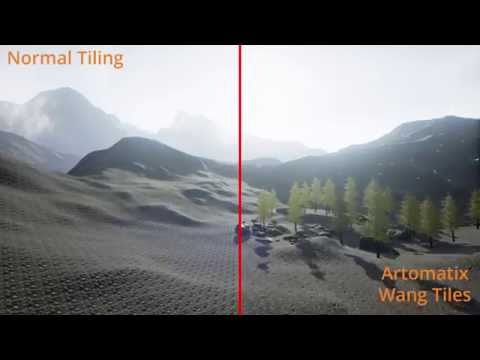 I think we may need to revisit this discussion.

I think we may need to revisit this discussion.

Yeah agreed, I would be especially interested in a ArtEngine VS Substance Alchemist VS DeepPBR comparison to see which tool is best!
Since they all do kind of the same thing, but with somewhat different approaches.