Are Async Traces supported on Quest?

Are Async Traces compatible with Oculus Quest? By Async Traces I mean things like UWorld::***AsyncLineTraceByChannel ***which are executed on a separate thread to improve performance.

I’m using this to improve performance. On PC it works as expected and the performance is improved a lot. But on Oculus Quest it makes 100ms spikes in the physics code. In the video about porting Robo Recall to Quest they say something about problems with physics but they don’t explain what they did to solve the problems.
Btw, I enabled “performance threads” command line option, like they suggest in the video, this helps a little but the problem remains. 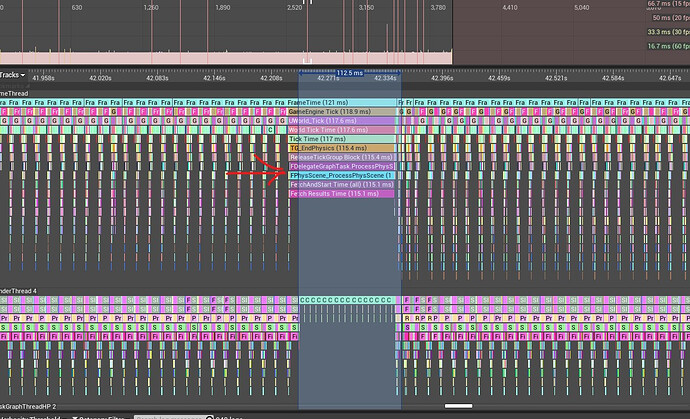